At bedtime it is not uncommon to see your dog scratching his bedding, which can be particularly annoying for some when your little companion is scratching your beautiful sofa! Why is my dog trying to dig on the couch? There’s a reason he does that … and it’s to annoy you!

A look at the dog’s ancestors

First of all, we will talk about the dog’s ancestors. When they were living in the wild they had a mania to scratch the place where they wanted to sleep in order to hunt any insects, predators, or vermin that could hide on or in the ground. That wa a way to secure their dormitory. We know very well that your dog does not risk anything, in the house, in their bed, but we must especially not forget that for them it is anchored in their genes, it is like that! And there’s not much you can do about it, other than telling them no if you don’t want him scratching on the couch for example.

However, if he does it in his bed he must have the right to do so, because it’s his territory and it must be respected. He thus creates its cozy nest, in order to feel good and above all safe to fall asleep in peace. 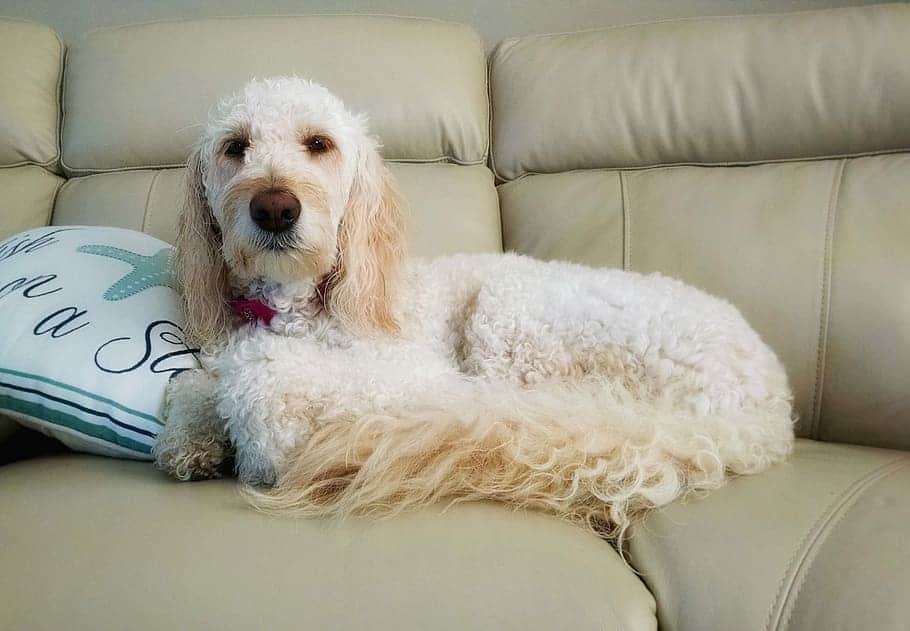 Some even speak of a territory marking on their part in order to impregnate their odor to prevent other dogs from coming to put their noses there! And eventually your dog finds the place where it likes to sleep more easily!

However, not all dogs scratch their beds and if your does not don’t worry it’s just a natural thing for them. However, if you observe an insistence or a permanence of this mania, make sure that your dog is not full of parasites or something that may disturb his sleeping (you never know!).

This is a very instinctive behavior: some of their wild cousins, such as foxes and wolves, would dig burrows to hide their babies. These burrows are associated with safety and comfort and inside, the babies are safe from predators and they are protected from extreme heat or cold. 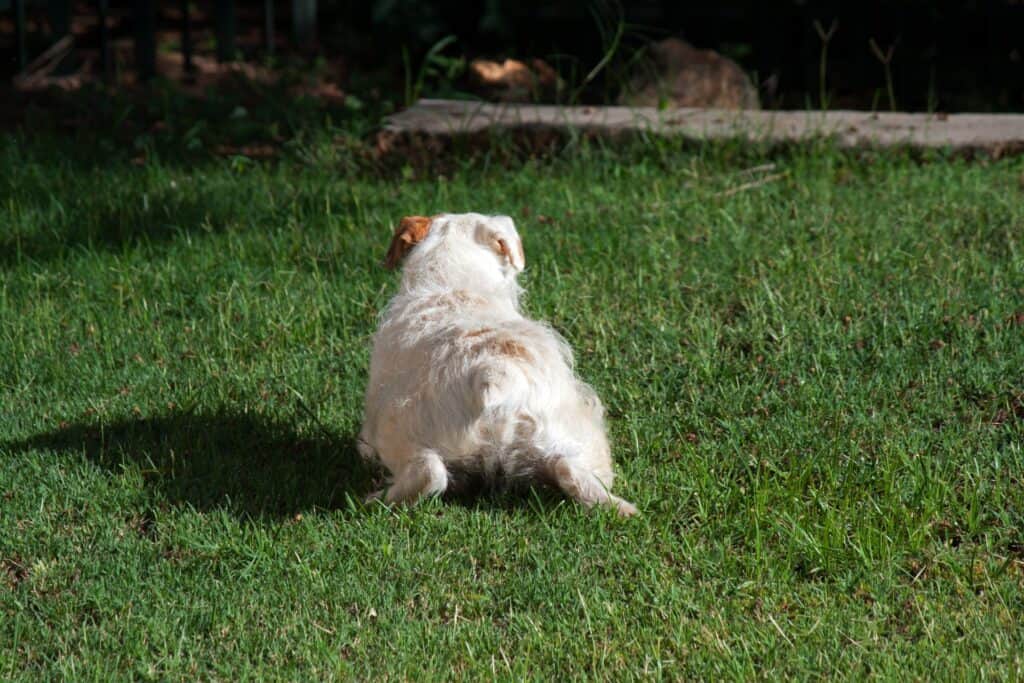 Why is my dog trying to dig on the couch?

So the reasons why dogs often dig on the couch or on their bed is essentially to make themselves a comfortable little place to sleep, hiding things that they consider “precious”, such as a treat or a toy. In fact, in the wild, this behavior was vital because it allowed them to stock up if they ever ran out of food.

Why is my dog trying to dig on the couch? Other quirks that have real meaning

Why does the dog spin around before bed, or why is he urinating in several places? Why does he scratch the ground with his legs after having defecated? So many little “quirks” which in fact have a real meaning and find a logical explanation. There are behaviors that should not be prohibited.

Although it may not seem obvious at first glance, remember that the dog has inherited behaviors and attitudes from his ancestors. From generation to generation, these habits persist and they make perfect sense for dogs. Some dog owners are surprised by certain behaviors of their canine companion, while there is nothing abnormal or “extravagant”, quite the contrary.

First, let’s take a look at when he is defecating. Of course, the dog will relieve himself, which is quite normal. But why does he sniff every post, every wall and increase his urination? It is quite simply for him a means of communicating with his congeners in first intention.

He says he’s been there and he’ll even try to urinate more than the previous one, to kind of mark his “superiority” and territory. It sometimes annoys some owners when they see endless markings on walks, but this is totally normal behavior that cannot be changed.

After defecating, it is not uncommon to see your dog scratching the ground with its hind legs. And not just on the grass! We see dogs doing it on gravel or even tar. It thus marks its passage thanks to the olfactory signature that it leaves, this one emanating from its pads.

Sometimes, outside, the dog also digs before going to sleep, in the summer for example, in order to find a little freshness. And then it may also be a matter of comfort in order to make the place best suited for him! 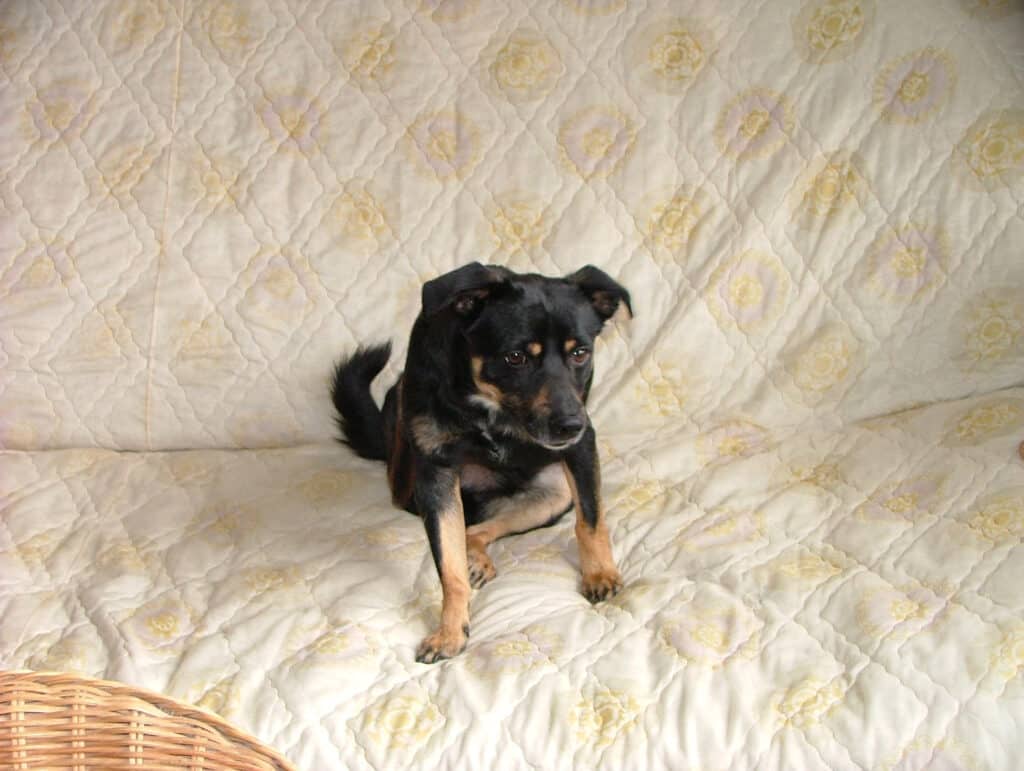 In a less pleasant situation your dog may roll onto or around something smelly! This is indeed annoying for a dog owner and for good reasons. However, this behavior also has a meaning, it is a way to mask its own scent to protect him from … possible unfriendly animals.

5 thoughts on “Why is my dog trying to dig on the couch?”