Is it normal for my dog to go around in circles? Why does my dog circle me? Should I be worried? 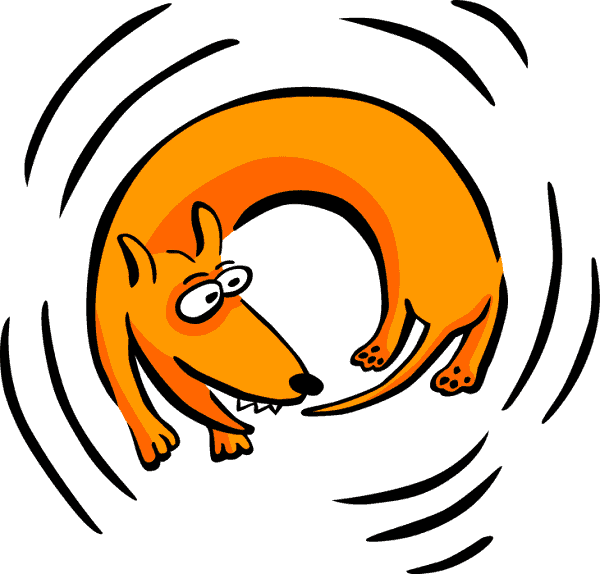 Dogs have retained many of the behaviors they inherited from their ancestors, who were predators. For example, burying bones, eating grass, and even going around in circles!

Before going to bed or defecating, your dog is likely to run in circles. This is quite normal because he does this to make sure there is no danger around. Indeed, these actions put him in positions where he is vulnerable. It just shows that your dog is vigilant and is wants to stay safe and secure.

2. He’s trying to catch his tail

This is just a game for your dog. This behavior is most observed in puppies, who are very playful and energetic. As they grow older, this attitude tends to disappear. However, don’t be concerned if you see your adult dog doing this every now and then, especially when he is restless during a play session.

Only begin to worry if this behavior becomes recurring and obsessive. 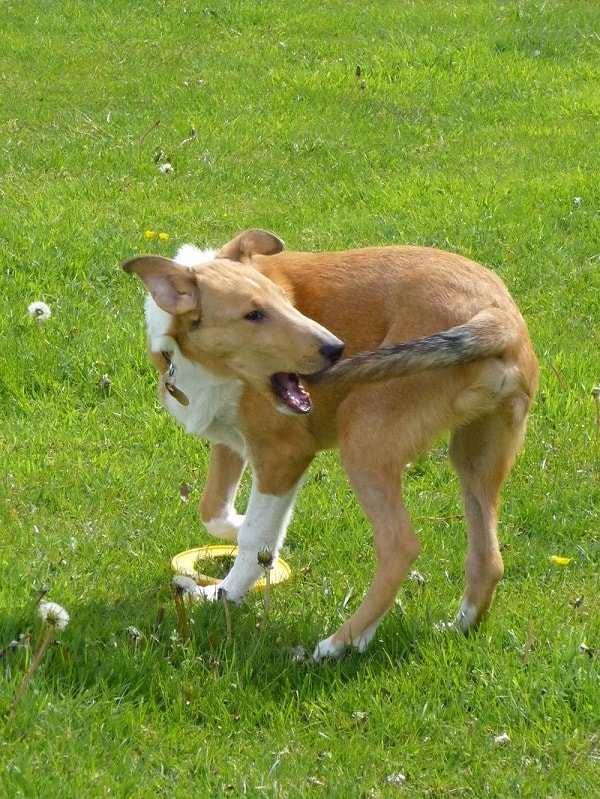 3. Why does my dog circle me? He may be bored or nervous

A dog who does not have enough attention can quickly get tired of his environment. To overcome this, he can bark, behave destructively or even go round in circles. Know that going out and playing with your dog every day solves many problems!

Likewise, a distressed dog can adopt this behavior to reassure himself. Make sure he learns to stay alone, at least for a short period of time, and reassure him if you notice he is feeling anxious about it. 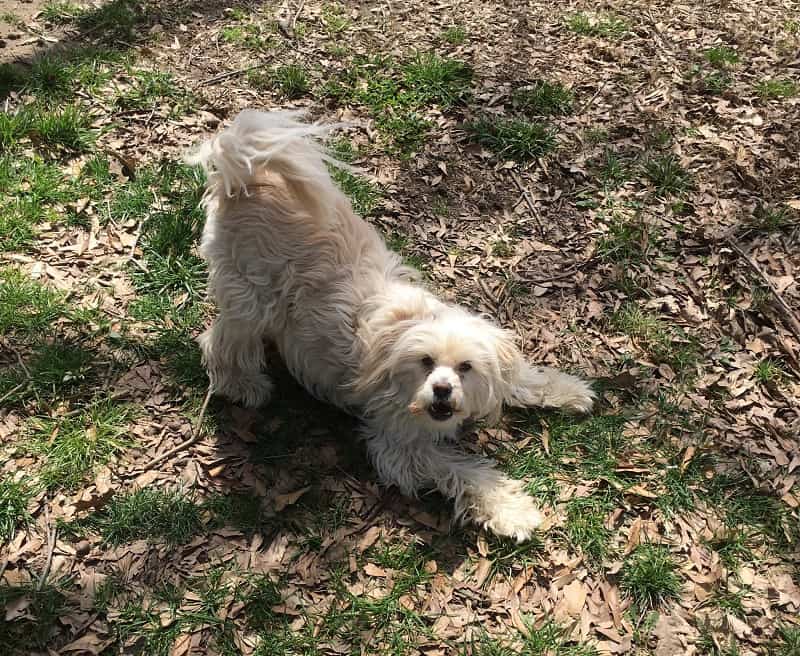 4. He suffers from “spinning”

This English word means “which turns”. We can thus speak of a “rotating dog”, which constitutes a canine behavioral disorder. The latter is compulsive: the dog spins around in a small circle. He would then be the victim of a form of epileptic seizure, manifested by abnormal brain activity. The dog can then become aggressive or be totally disoriented.

Bull Terriers are particularly prone to develop this behavioral problem.

5. Why does my dog circle me or goes around in circles? Important tips to consider

Do not hesitate to consult a veterinarian to determine the cause of this behavior. If your dog isn’t sick, you probably need to take more time with him, to play and exercise. Go outside, keep your dog active and remember to distract him if he starts going into circles.

However, if your dog develops spinning, an antiepileptic treatment will be required. You can also consider natural treatments to help your dog to relax and be less anxious. In addition, you can seek the help of a dog trainer.

Why does my dog circle me? The opinion of a few readers

Robert says the behavior is normal with puppies. They get all excited as soon as something happens! You should distract your puppy with just one small command, such as “sit” by gently squeezing her back, near the tail. As soon as he sits reward him with a compliment, a caress and maybe a treat. You will have to repeat the process several times a day.

Another approach is to take your dog for a walk as soon he starts going around in circles. Get the leash out and get him out. It will serve as a distraction and also as a way to burn some energy. Exercise is always a good way to calm a dog down! 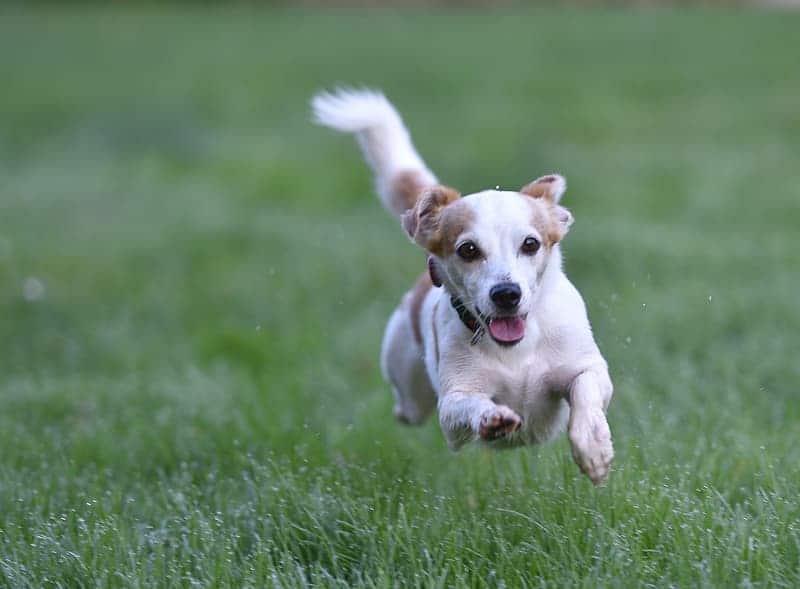 Irene also agrees with the “command” strategy. It requires a lot of patience and in the case of a puppy it may take as much 4 to 6 months. Irene owns a cocker and a dachshund and it took a while the get a reaction to commands like “stay”, “stop”, “sit”, etc. and she has used rewards to make them understand.

Irene also points out that a 15 minute play time is also really effective to get your dog to reduce his unwanted habit of going around in circles. The strategy is not as practical as owners are not always immediately available but it’s very effective. 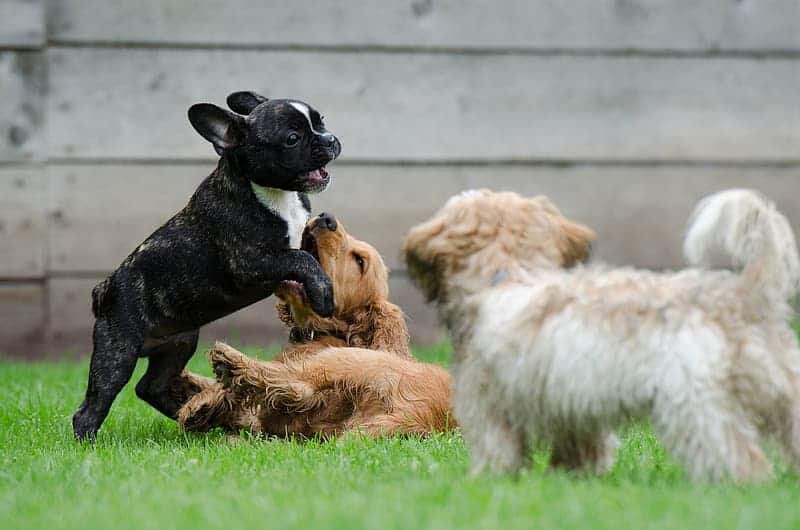 Tom says what a merry-go-round! It’s always party time with his little puppy! In his opinion, going around in circles is a natural predatory behavior that dogs use when they play together. Unfortunately, this behavior develops into harassment, inevitably inducing an instinct of pursuit of the “adversary”.

Tom’s strategy is to play with his puppy and “get him tired” but it would be good if the dog could also be active with canine friends. It would allow him to have a different relationship with humans and hopefully adopt a different behavior.