So many dog owners ask why do dogs lean against you. There are several unstoppable techniques for answering this question and many more with respect to the way your dog behaves with you. This article will cover 10 signs that your dog loves you!

99% of dog owners love their pet and sometimes see it as a full family member. But can we say the same on the opposite side? Thanks to the following points, you will be able, by analyzing your dog’s behavior, to know if he likes you. And if so, to what extent!

Your dog looks at you in the eye

Many experts claim that if a dog looks at you straight in the eye, it’s sort of like if he huggs with his eyes!. In other words, this is a huge sign of affection! Several studies have proven that when your dog stares at you while you are playing together, cuddling or in any case sharing a moment, it releases in your body oxytocin, the same hormone that helps moms to take care of their babies after their birth. This is to say how the bond between humans and dogs can be strong. 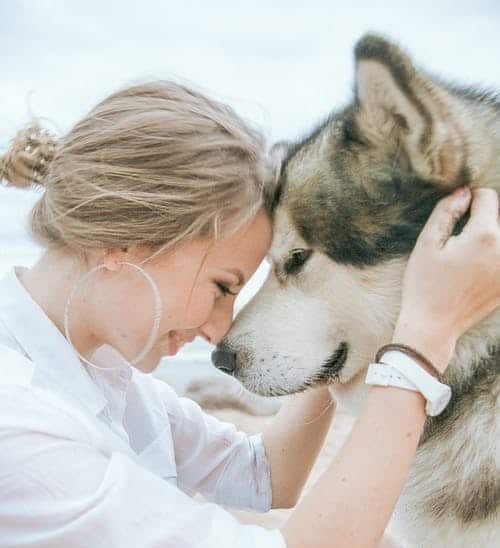 Your dog yawns at the same time as you are

Yawning is contagious. But did you know that this applies to dpgs as well? In fact, dogs are so close to men, that they are heavily influenced by the people they love. Their masters, first of all, of course and their loved ones in general. Studies show that when a human yawns because he just saw someone yawning, it is a sign of empathy for him. It may be hard to say for dogs but in any case, that necessarily means that there is something going on between the animal and the human and that a strong connection exists!

Why do dogs lean against you?

Sometimes a dog sticks to his master because it is anxious, it needs him to do something or it wants to bring him somewhere. But often times it is also an important sign of affection. Even if your pet just leans on you because he is nervous and wants to be reassured, it is proof that he thinks you are there to protect him and keep him safe! A good proof that he considers you as the person who watches over him. 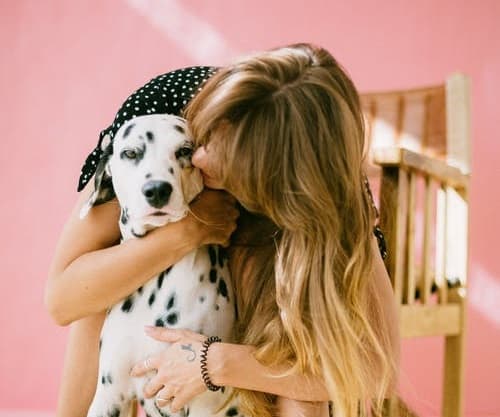 Your dog hugs you after its meal

Countless experts have studied all the facets of dog behavior and have noticed really surprising things along the way. For one, if a dog comes to cuddle you after eating, it is because he loves you and needs you near him. Everyone knows that pets in general, and dogs in particular, are very attracted to food. But once they get it, in theory that they wouldn’t their master anymore and this is a precise moment they will do things without calculating. In other words, if your dog comes to you after a good meal, it is because he loves you very much and for good!

Many people think that the dog’s tail can read its emotions. But his facial expressions are also a very good indicator. Multiple studies have set up a context where dogs are brought in the presence of their owners, strangers, their favourite toys, and objects they dislike. At the sight of their owners, dogs would frown while in the presence of a stranger, their face was much more fixed, and only the right eyebrow rose. In the presence of a toy, it was the left eyebrow that moved and frowned. But when it was the turn of the object they did not like, the reaction of the right eyebrow was quick!

According to research, this proves that dogs are not as enthusiastic when they are with people they do not know or know very little, or in the presence of a person or an object they do not like. So, if your dog’s face and eyebrows move in all directions when you are with him, he is sure to love you! 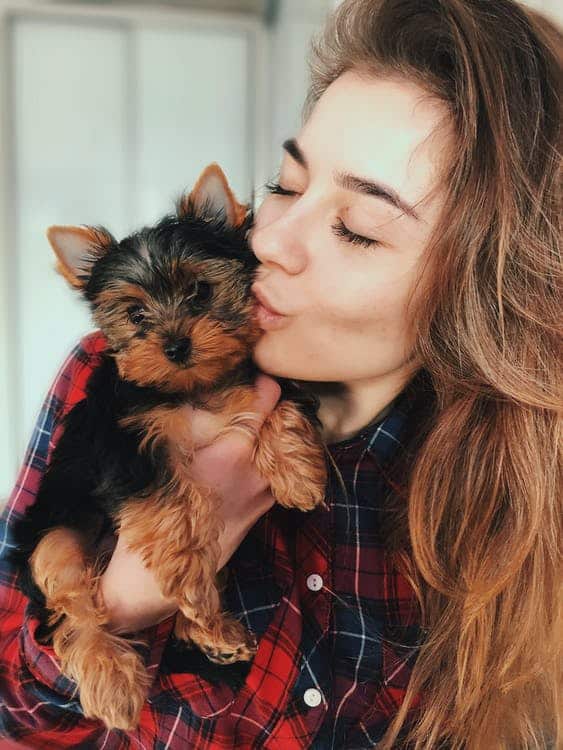 Your canine friend is calm when you leave

Some people think that if their dog is in panic mode when they leave the house, it is because they want to stay with them and that it shows their love. But that theory does not seem to hold. If your dog panics when you leave, it is more about anxiety and fear of loneliness than a true indicator of feelings. On the other hand, when your dog accepts that you leave and remains calm and quiet, it is because he loves you deeply and trusts you. He knows you will come back. And that, is a common misunderstanding of your dog’s behavior.

Your dog is all excited when you come back

We all feel a little special when we come home and our dog jumps around your neck, wag his tail in all directions and jump up and down like a kangaroo with his favorite toy in his mouth. We are right to feel important, because in these moments, your canine friend shows you his love in the truest way possible!

Doggie wants to sleep in your room

Another way to find out if your dog really loves you? Watch where he sleeps. If your pet comes to slip into your bed and does everything to sleep near you, this is real proof of love! If your canine companion wants to sleep with you, it is because he knows that you will watch over him during the night. Animals know they are vulnerable while they sleep, and putting their fate in your hands is an important mark of trust. 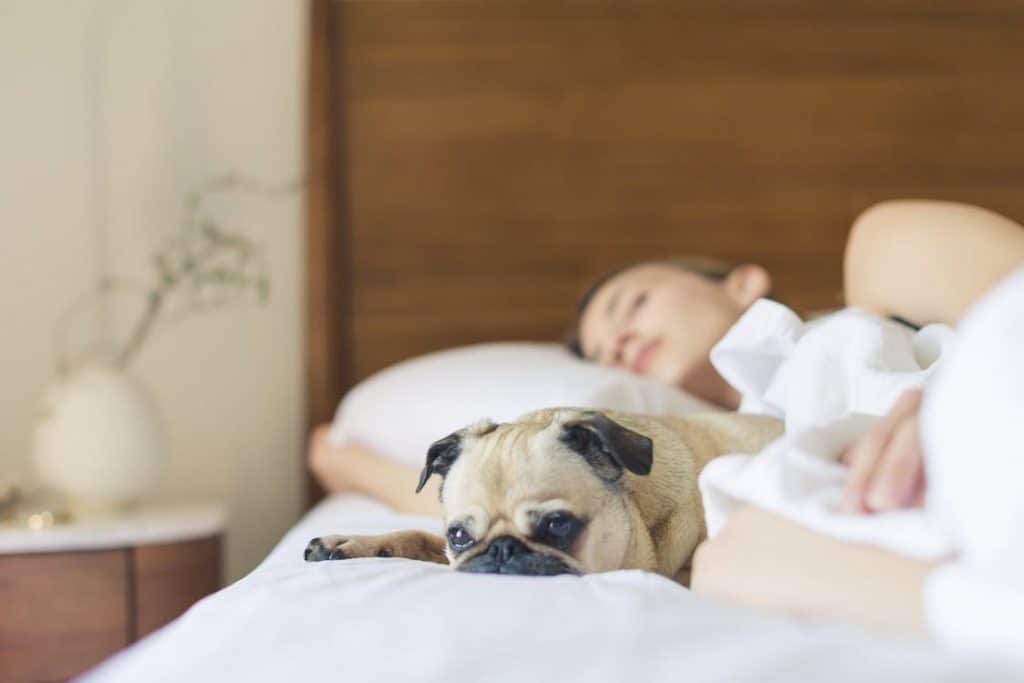 Doggie brings you its favorite toy

If your dog brings you a toy he likes a lot, it doesn’t just mean they want to play. Obviously, the game is a mark of affection as such, but when it brings you a toy, it also means that he considers you his natural leader, that he counts on you to entertain him. So, in order to “seduce” you, he offers you its most important object: its favorite toy. In his eyes, you love this stuffed animal, this frisbee or this ball as much as he does, so he is just waiting to share it with you.

Why do dogs lean against you? They love you!

Do you love your dog? You should know that your dog is perfectly capable of feeling whether you like him or not. So if your dog has the feeling that you do not care about him, he will not give you anything in return and will not come to you! However, if he tends to lean against you as soon as he can and at all times, wants to play with you, it is as if he would say to you: I know that you love me and I love you too! So this explains why do dogs lean against you!