Sterilization is a decision not to be taken lightly, because it may be irreversible depending on the method chosen. You also need to know when is it too late to neuter a dog to avoid further negative consequences.

In addition, this intervention is carried out with other goals than the simple suppression of gestation. For a male, castration is carried out above all to resolve behavioral disorders, while for the bitch, sterilization is a measure to avoid certain diseases and prolong its life expectancy.

First of all, a point of vocabulary to be completely precise. We speak of neutering for the male, and sterilization for the female. We “castrate” a male dog, while we “sterilize” a bitch.

Sterilization consists in the suppression of the reproductive functions of the dog, accomplished chemically, using drugs, or surgically, by performing an intervention aimed at removing the gonads. 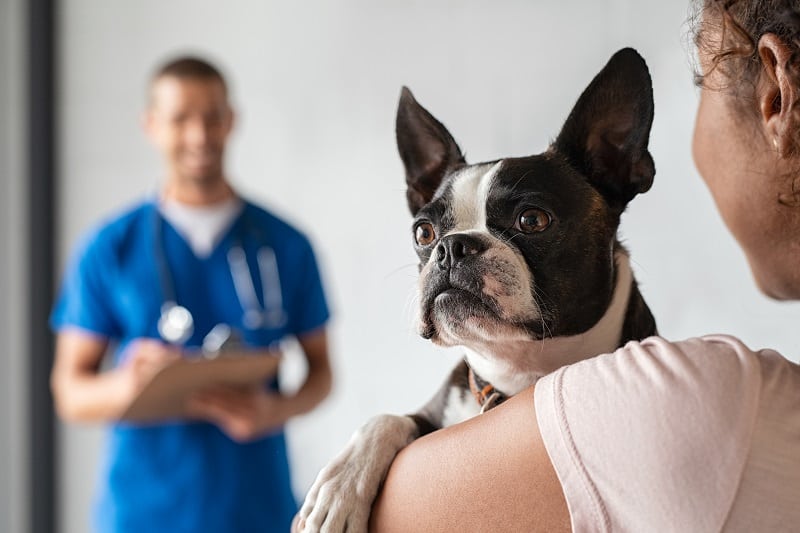 At what age should my dog be sterilized?

Sterilization of the female

It is recommended to sterilize a female dog before her first (or second) heat, before the hormonal system is put in place. A bitch can be in heat from 8 months. Afterwards, in general, the classic rhythm of the onset of heat is every 3 months and it continues throughout her life but, unlike a human female, the bitch does not have menopause. The heat lasts about three weeks.

You have to wait until your dog is at least 4 months old, and it is advisable to have her sterilized when she is 6 months old. However, it is quite possible to carry out sterilization on an adult bitch. Note, however, not to practice sterilization on a senior dog, the risks of general anesthesia being too great.

When is it too late to neuter a dog?

As for the male, the surgery should ideally take place before puberty, specifically around 6 or 7 months for a small dog, and between 10 and 12 months for a large dog. The risk is that if you have him sterilized later, it is very likely that there will be no impact on his behavior, which means the surgery is useless.

On the other hand, neutering should not be carried out before the age of 4 months because early castration also has drawbacks. Weaker socialization and unstable and immature behavior due to the lack of surge of his sex hormones are amongst the negative effects observed, which would require, if necessary, very strict education to compensate for these consequences.

What are the disadvantages ?

For both male and female, weight gain is a fairly well-known side effect of sterilization. Indeed, its energy needs are then reduced by around 20% on average because sterilization modifies the metabolism of the animal. So if you feed your dog the same way, he will start putting on pounds.

In addition, sterilization leads to an increase in your dog’s appetite. So to compensate for the weight gain, it will be necessary on the one hand to provide him with a diet rich in fiber so that he quickly reaches satiety and also adapt his diet by reducing the daily calorie intake by around 20%.

In that case, it makes perfect sense to turn to low-fat or dedicated food for sterilized dogs. In addition, offer him regular opportunities to burn energy through daily physical activity. 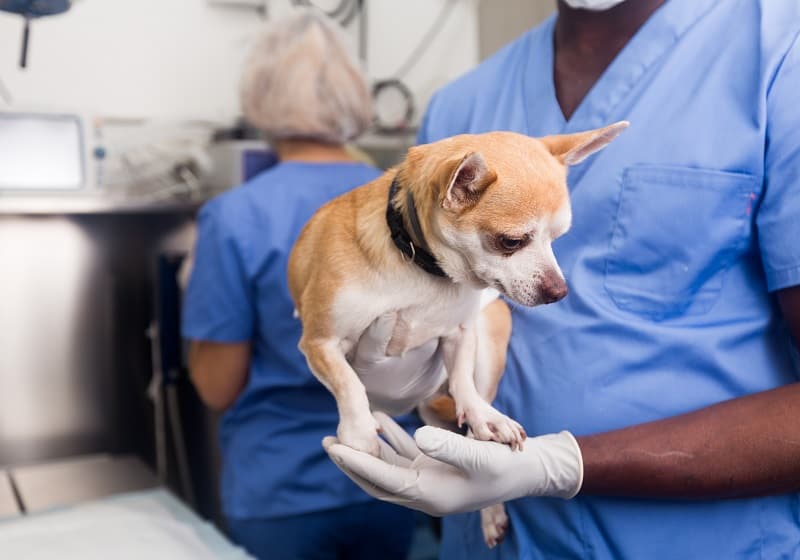 In that respect, it’s important to have your dog weighed once a month for 6 months after sterilization. Your veterinarian will be able to establish a weight curve. After these initial 6 months, there is no longer any reason for your dog to gain weight!

When is it too late to neuter a dog? Surgical risks

In the case of a sterilization or castration surgery, your dog runs post-operative risks. Even though these are very low, he is not completely immune to infection or bleeding during the procedure. The same applies to general anesthesia which always represents a minimal risk.

There is another risk following the surgery in the female, called urinary incontinence. It affects 5% of sterilized females on average.

As a result of the sterilization, the urethral sphincter then becomes weak, due to hormonal changes that occur after the operation. This causes urine leakage, mainly at night when the bitch is sleeping, but also when she is very relaxed. Some breeds such as the Doberman or the Boxer show a predisposition to it, as do dogs weighing more than 20 kg.

In addition, chemical sterilization, in which hormones are given to the female, induces a higher risk of developing mammary tumors, urinary incontinence or diabetes mellitus. It is not recommended in the long term in view of the dangers involved.

Apart from weight gain (due to the change in metabolism following sterilization), there are no other side effects.

When is it too late to neuter a dog from a behavior standpoint?

Castration may not have the desired effects on your dog’s behavior, particularly when done at a later age. This is particularly true for dogs with an already calm temperament that castration accentuates their nonchalance and makes them amorphous. 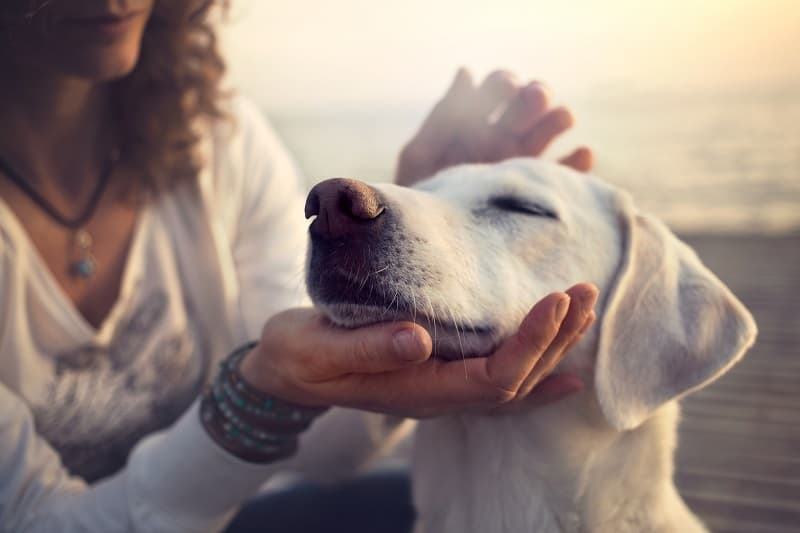 This is why, before carrying out a surgical intervention, it is recommended to undergo a chemical castration by placing a subcutaneous implant in your dog.

These implants release contraceptive hormones into his blood over a period of 6 months to 12 months. You will be able to observe the induced effects on his behavior and decide if a surgical castration is valuable.

Be careful however, if you use chemical castration too often, you put your dog at risk of reduced fertility.

How is the intervention carried out?

The course of these two interventions (sterilization and castration) is quite similar, here is a summary of the main stages.

If a simple removal of the ovaries is performed, the female dog will only have two small abdominal incisions. On the other hand, if both the ovaries and the uterus are removed, the ventral scar will be more important.

The operation itself lasts about half an hour. But very often the bitch, who will have had a general anesthesia will be kept under observation at the vet for 6 to 12 hours. When you do get her back, chances are she is still under the effects of the anesthesia, is not standing well on her legs and is having a little trouble walking.

But it will get better very quickly after a good night’s sleep. You will give her antibiotics and anti-inflammatory drugs for a few days, and the stitches will be removed 10 to 15 days later. 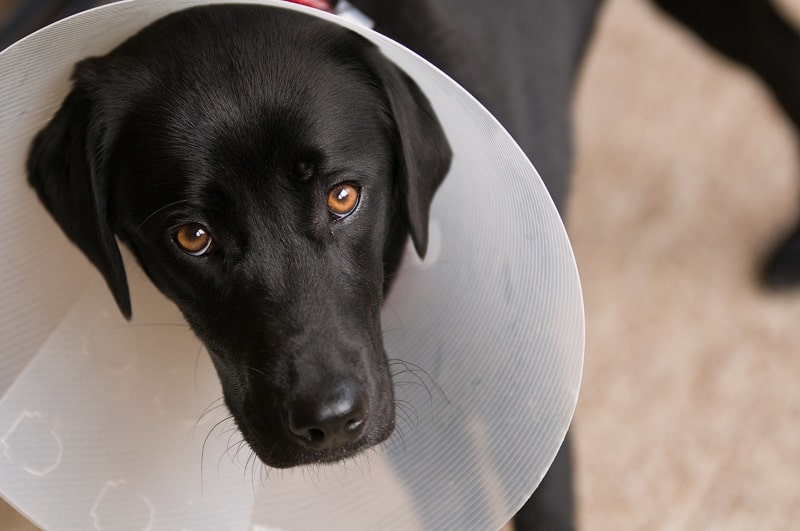 For the male, the process is quite similar. After a clinical examination, often biological or even radiological, to check that there is no problem, he will be anesthetized and then the veterinarian will remove the testicles (while leaving the bursaries) then close the wound.

Your dog will wake up and you can bring him home the same evening (the next day in the case of an elderly dog medically neutered). You will give him antibiotics for a few days.

When is it too late to neuter a dog: final recommendation

It’s really important to understand when it is appropriate to neuter a dog because the negative effects can be quite important. As always, if you are unsure if the timing and conditions are favourable to sterilize your dog, do not hesitate to consult your veterinarian who will make the appropriate assessment and recommendation.