Shepherd dogs have always supported breeders and shepherds in the management of herds. But what makes a great shepherd dog? That’s what you will find out below!

Historically, shepherd dogs have helped to group or divide animals during movements such as transhumance and also protect herds from predators. If nowadays pastoral work tends to become scarce, the intelligence, vigor and protective instinct of the sheepdogs have enabled them to find their place in so-called “protection” trades such as the army, the police or private security. 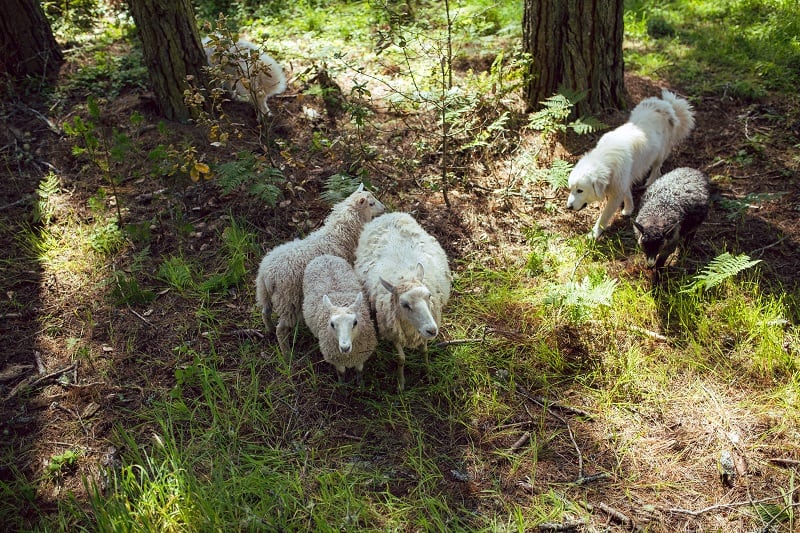 Physical characteristics of the breed

Shepherd of the Pyrenees, German Shepherd, Corsican Shepherd, there are many sheepdogs, and the appearance varies enormously from one dog to another. The Shetland Shepherd, for example, is relatively small with 35/40 cm and 6 to 12 kg. On the other end of the spectrum, we find dogs like the King Shepherds who are sometimes up to 80cm tall and can weigh up to 70kg. Among the many species of sheepdogs, we find hair of all lengths and colors. Some have large erect ears, and others have rather flat ears. So you can’t really rely on their physical characteristics to recognize them.

What are the character traits of shepherd dogs?

If shepherd dogs were above all prized by breeders during transhumance, they are now very popular with families. Their cheerful and gentle character makes them ideal companions, especially since they generally get along very well with children. Here are the common traits of a great shepherd dog: 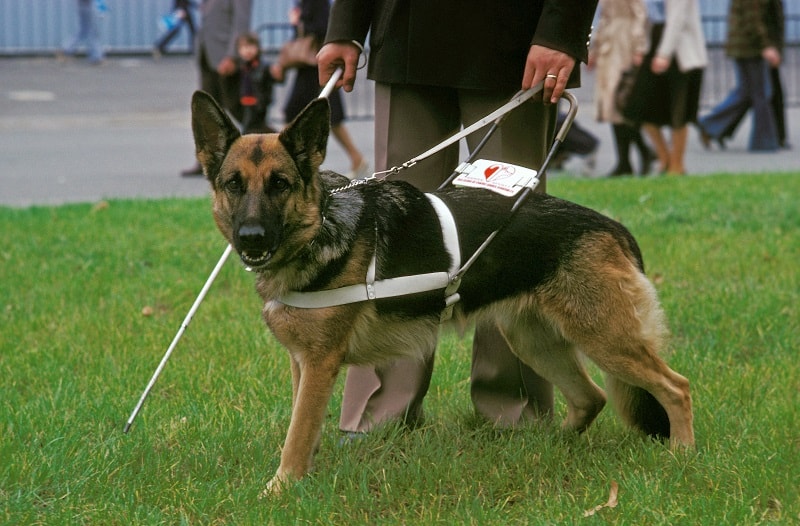 The sheepdog, also known as a “dog for doing everything” because of its many physiological as well as behavioral qualities, often aims to help its master in various pastoral or “protection” jobs, so it is obedient and docile. His role being to protect (his master, a herd, a building, etc.), he also knows how to demonstrate formidable violence if he is confronted with a situation of danger. However, there is nothing to worry about on a daily basis, if your shepherd dog is not faced with an emergency, he will remain the sweetest companion. He also gets along very well with children and strangers. It is therefore the ideal partner for a large family, or on the contrary of a single person in search of a loyal company.

How to train your sheepdog?

First of all, do not separate a puppy that is too young from its mother. It is from her that the puppy assimilates “basic” rules such as biting for need vs pleasure and that he learns to explore his environment. The presence of its mother allows the small dog to experiment in a reassuring environment, which greatly increases your chances of adopting a serene animal, a primary characteristic of the sheepdog. It is strongly discouraged and even prohibited in some countries to separate puppies from their mother before the 8th month.

When you start training, apply the basic rules first. In a context where the dog will have to “accompany” protection or defense professionals, or assist a shepherd, it will be better to start training without putting the dog in contact with a herd or exposing him to sensitive situations. It is therefore first necessary to teach him the rules in a neutral climate and gradually introduce external elements. 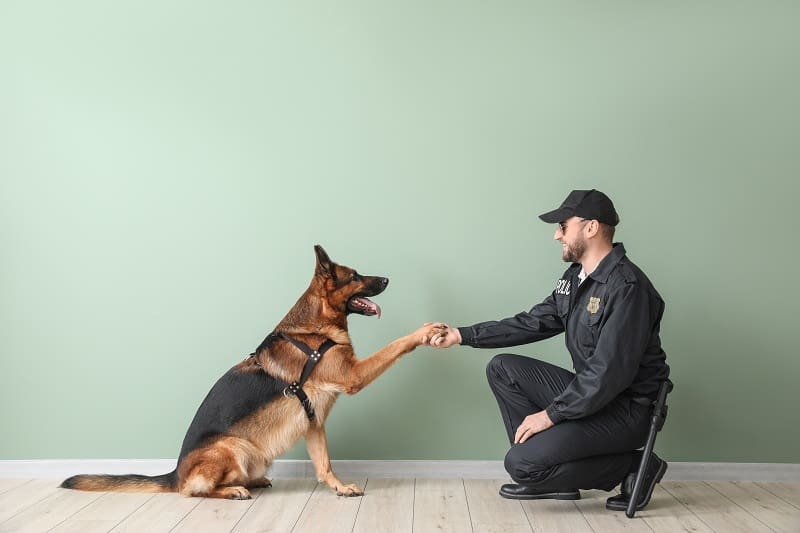 If you are being too impatient and want to teach your dog complex things right away you could frustrate and even disgust him. This brave worker likes to please you and by feeling like you are asking him for things that are impossible to achieve, he risks losing interest, or worse, adopting rebellious and disobedient behavior.

While it is important to be firm when training your sheepdog, to make him understand your commands, this does not mean being rigid. In sensitive or complex situations, this animal is expected to show initiative, and for this, it must be encouraged upstream by imposing constraints.

The sheepdog is a loyal companion. To allow him to do his job or to protect you effectively, it is important to show him respect and affection. If he is docile and devoted, he is in no way submissive, and an inconsistent or aggressive attitude on the part of his master will cause him to rebel.

Sheepdogs are dogs made for the outdoors. Some shepherds like the Shetland Sheepdog or the Icelandic Shepherd but they can also live in an apartment, as long as you allow them to let off steam several times a day, for a long time. They are also dogs that bark a lot, which is sometimes incompatible with life in a multi-family complex.

Even if your dog is not intended to lead a herd or help in military operations, it is still fulfilling for him to satisfy his instincts. Make him participate in herd management courses. You can also sign him up for Treibball, a kind of dog football, where your shepherd will channel balls rather than sheep. 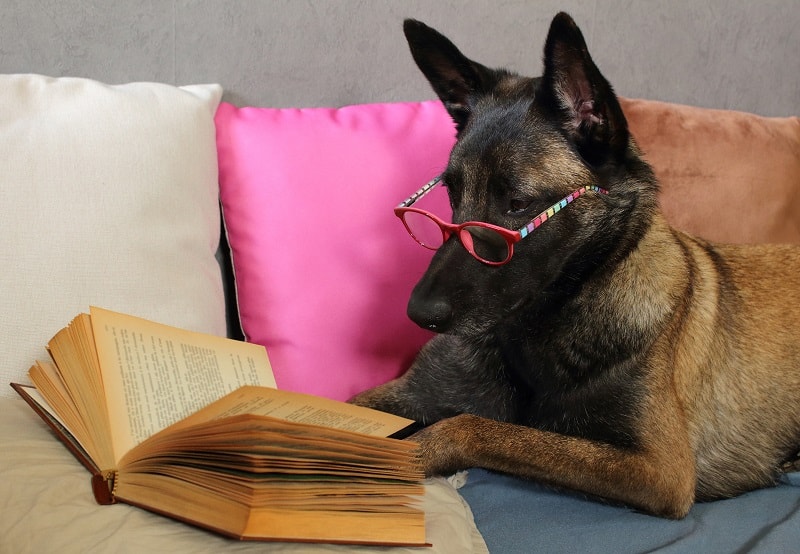 Some anecdotes on great shepherd dogs

A great shepherd dog is highly intelligent and learns very quickly. This intelligence sometimes makes them heroes with a big heart.

There are countless stories of sheepdogs saving people from dangerous situations. For example, this shepherd dog who one day helped find six young scouts lost in a forest. The scouts were part of an orienteering course that could have turned into a tragedy in this rugged forest, but it was without counting on the flair of Iris, a police dog with a pugnacious instinct.

In 2010, in Alaska, people witnessed the feats of arms of a German Shepherd ready to do anything to save his master. As his master’s house burns down, Buddy the German Shepherd manages to escape. The dog runs on the road and crosses a rescue truck. Unfortunately, the truck’s GPS did not work and the emergency services could not find the house while time was running out. The dog catches their attention and guides them. Thanks to his canine friend the owner was saved in time!

This hardy and intelligent dog excels in accompanying humans. Formerly a herd keeper, today a police dog or a guide dog, great shepherd dogs put themselves at the service of people to whom he devotes unlimited loyalty.

It is up to you, as the owner, to offer him the stability but also the stimulation necessary for his development, for example, by running activities dedicated especially to his needs. Above all, let him roam as he pleases and do not hesitate to entrust him with “missions” such as protection of the house, daily help, as this breed of dog thrives in helping his owner.