Poodles are agile and cheerful dogs with a bright appearance and beautiful long hair. Poodles health issues can stem from genetics or can be acquired and are associated with various conditions.

Poodles are no different than most breeds and appropriate care and prevention with respect to nutrition and grooming as well as regular check-ups is a winning formula. That being said, let’s look at the features of the breed and health related considerations. 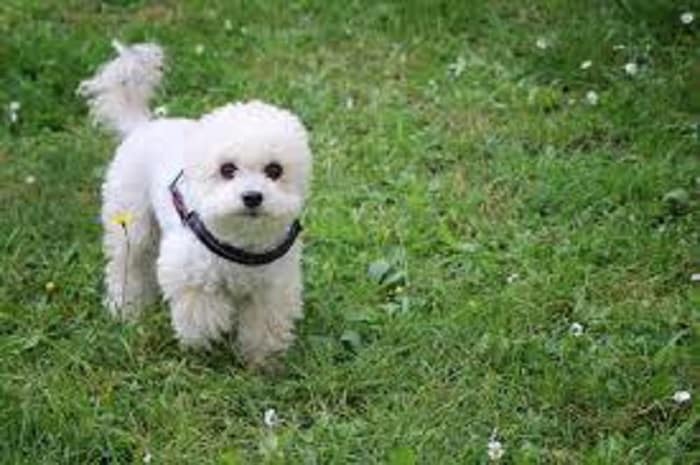 Poodles are divided into the following categories: large, medium, small, and very miniature. Depending on the species, the height of the poodle at the withers is 25-60 cm and the weight ranges from 6-23 kg. The set is slender, harmonious, the limbs are long and strong. The coat is very thick, long and curly (or shaped like cords). Common hair colors are black, gray, white, apricot and brown.

Many Poodles health issues are caused by hereditary factors. Breeders need to know what to be prepared for and what to do if the dog is sick. Let’s analyze the most common genetic diseases of the breed. 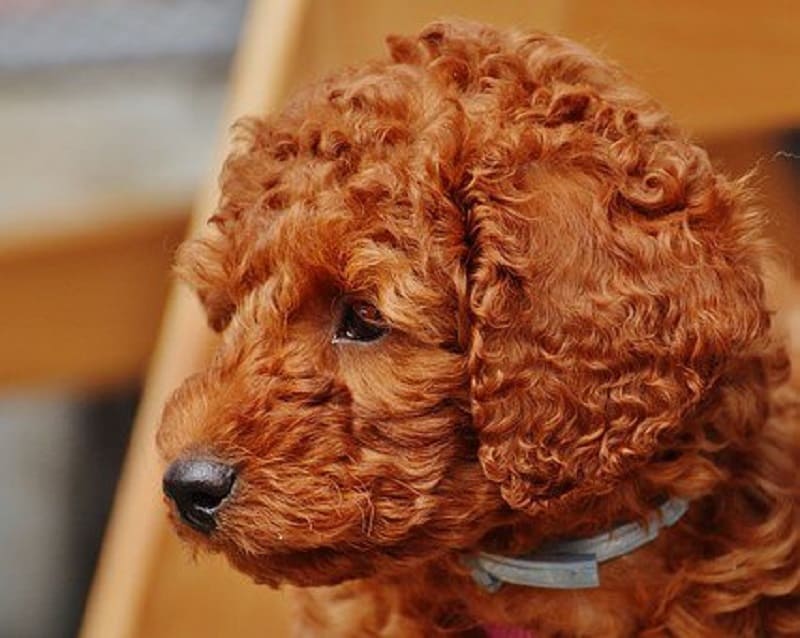 Fusion of the nasal passages

Miniature poodles are prone to a narrowing or fusion of the nasal passages. This pathology manifests itself in puffing, snoring and it becomes difficult for the dog to breathe. In this case, surgical intervention is indicated.

Non-clogging of the botallov’s duct

This is a congenital disorder characterized by the embryonic duct from the aorta to the pulmonary artery that remains open. There is a risk of developing ascites and a disruption of the cardiovascular system. If he does not respond to the treatment, the dog dies at an early age.

This is a serious genetic disease that can manifest itself in the early period of the Poodle’s life. Epilepsy in a poodle most often begins to develop due to stress, nervous overload and improper diet. The symptoms generally observed are seizures and unsteady gait. It is treatable if the owner notices signs of the disease in a timely manner.

Dysplasia of the hip joint

This a condition that’s quite typical in large poodles. Due to the destruction of the articular tissues, the dog begins to limp and experiences pain when moving. In the early stages, it is amenable to therapy while in the later stages, surgery is necessary.

This hereditary disease is characterized by the development of dysplasia and retinal cell degeneration. The dog begins to poorly navigate in poorly lit areas and in the later stages of the atrophy, even in normal light conditions. Poodles of different ages suffer from this disease. Retinal atrophy can lead to cataracts, decreased or complete loss of vision. 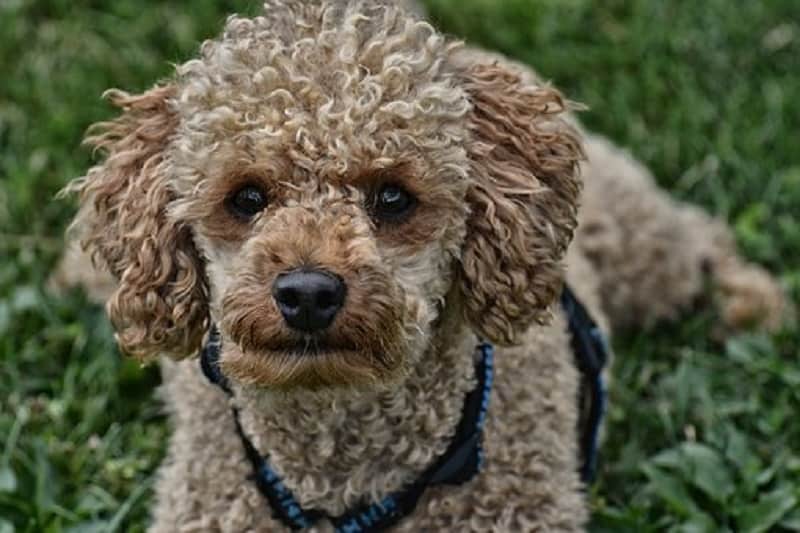 This is caused by disturbances in the endocrine system and leads to excess weight, deterioration of the skin condition and increased appetite. It is treated with drugs that normalize the function of the thyroid gland.

These are common diseases of the breed, which can develop due to physical overload, stress and congenital malformation. Depending on the type of disease of the cardiovascular system, the symptomatology manifests itself in the form of shortness of breath, fainting, cough, anorexia and ascites. Treatment consists in prescribing medication, diet, and reducing stress.

A number of diseases develop due to malnutrition, insufficient or excessive physical exertion, trauma or stress. Let’s look at the major ones.

Avitaminosis develops due to a deficiency or excess of essential vitamins. Both conditions are treated by taking vitamin complexes, which are prescribed by a veterinarian.

Poodles often suffer from ectoparasites (fleas, ticks, lice, lice), as well as from helminths. The appearance of external parasites is accompanied by itching, scratching, hair loss. With helminthic invasions, vomiting, diarrhea, decreased appetite, and weight loss may occur. The fight against external parasites should be constant (every 3-4 months or when an infection is detected). 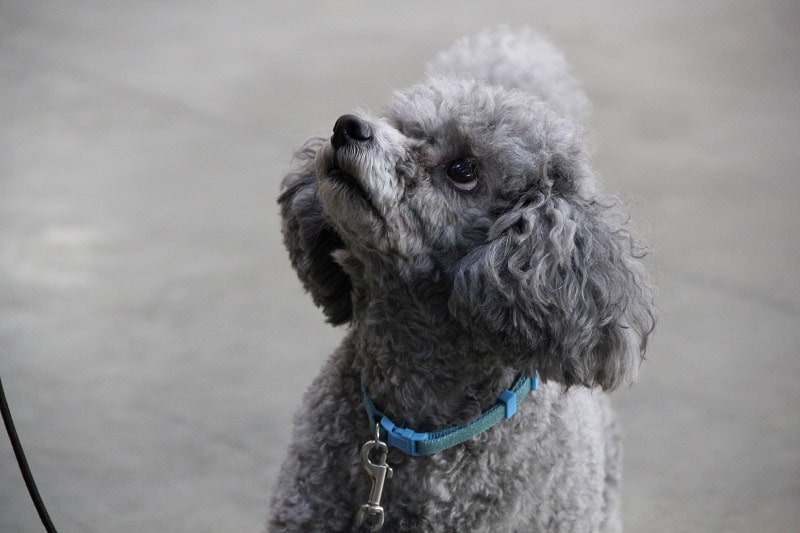 Large hanging ears are the weak point of this breed. Ears can hurt due to the formation of an inflammatory processes caused by the multiplication of parasites and accumulation of earwax. When the Poodle’s ears hurt, he starts shaking its head and rubs or scratches them with his paws. The development of ear infections is also common. It is necessary to regularly clean the dog’s ears, close the auricles when bathing, and if alarming symptoms appear, contact your veterinarian.

Poodle teeth also require constant maintenance. Miniature and small poodles often develop tartar, gingivitis and stomatitis. With such pathologies, a yellow or brown plaque forms on the dog’s canines and incisors and create an unpleasant odor from the mouth. For prevention, you need to brush the teeth of the animal on a regular basis and give him special chewable treats.

Diabetes mellitus can develop due to metabolic disorders and pathologies of the pancreas. The common symptoms are constant thirst, weight loss or gain, fatigue and unsteady gait. Diabetes is treated with medication and a special diet is prescribed. 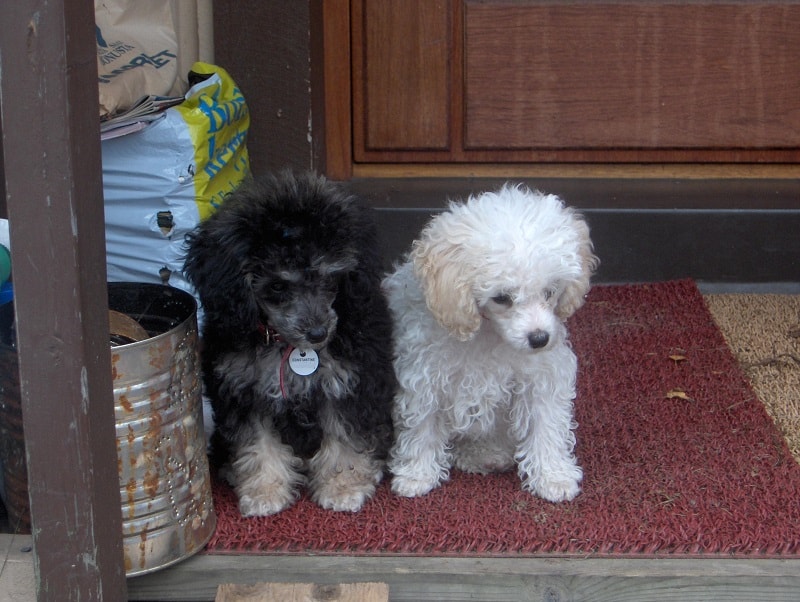 Urolithiasis (Urolithiasis) occurs from metabolic disorders associated with the work of the genitourinary system. It manifests itself in painful or frequent urination and the appearance of an unpleasant odor or blood in the urine. During treatment, appropriate drug and diet protocols are prescribed.

Many diseases can be avoided by adopting a balanced diet for the dog, regular and timely vaccination and appropriate grooming. When bathing and brushing a dog, you need to examine the ears and mouth. Poodles are vaccinated from puppyhood. Vaccination is done against rabies, plague, infectious hepatitis, parainfluenza and other dangerous diseases and is very effective at preventing Poodles health issues.