Knowing exactly with what hazardous substances your dog got in contact with is really important if he develops some form of allergic or toxic reaction. For example, if my dog walked on grass with pesticides should I be concerned?

Making your dog vomit is not always recommended in case of poisoning and it can be dangerous with grandmother’s methods and old-fashioned things. Instead, you should contact a veterinarian before taking the initiative.

And if you do need to go to vet as a result, you must know as much as possible about the product, substance or element that may cause the issue. 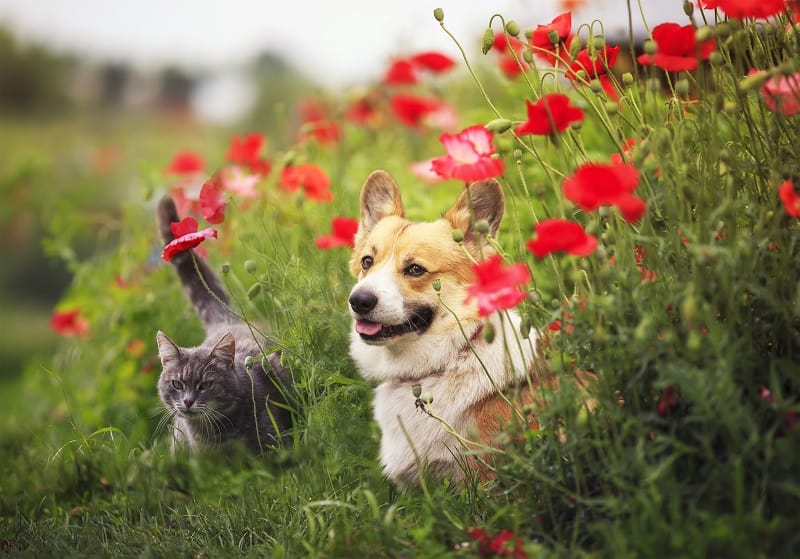 Always remember that every dog can react differently to toxic products and that the symptoms of poisoning described on the Internet, here and elsewhere are only the most common.

Snails and slugs are gastropods that eat anything with a preference for certain flowers and vegetables. There are several natural slug traps (citrus fruits, beer, etc.) and the ferric phosphate present in the gray granules (Ferramol brand) can be dangerous, although to a lesser extent than the methiocarb used by farmers.

However, ferric phosphates can still cause the following symptoms in dogs: salivation, diarrhea and vomiting (a kind of gastro).

The metaldehyde is the slug component that is more toxic to dogs and is used in many products. In addition, these products are relatively attractive to a dog. They can quickly cause convulsions and breathing difficulties and in some cases can be fatal. These symptoms do not take more than one to two hours to appear.

Excessive salivation is a common symptom of poisoning in dogs in general. It may or may not be followed by other symptoms. The dog poisoned with anti-slug can get away with it if it is treated on time. Do not hesitate and rush to the vet in the slightest doubt. 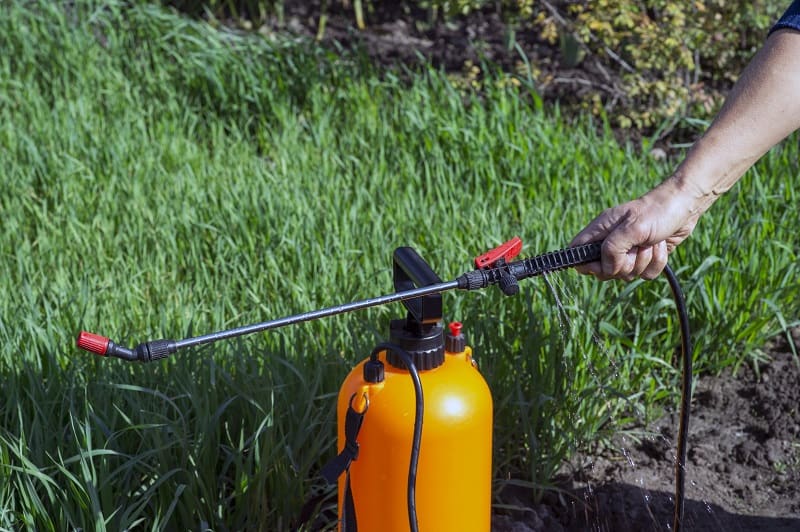 My dog walked on grass with pesticides: Watch out!

In short, short it exterminates everything but don’t worry, it decomposes in the air and in the light. How’s that, are you not reassured?

However, these products are toxic for dogs if they ingest them or get in contact with the skin. In an hour or so, the dog may start to limp or have difficulty walking (an already severe symptom).

So beware, if your grass was sprayed with pesticides and your dog nibbles at it. This may cause a toxic reaction in your dog in no time. So keep him away from these potentially toxic areas.

Insecticides are a type of pesticide and are no less toxic. The most common components of insecticides are called pyrethroids. Among them, permethrin (trade name), a relatively common cause of cat poisoning, is used in a phenomenal quantity of products such as mosquito repellants, fly killers, anti-ants, anti-fleas, anti-ticks, anti-cockroaches and the likes. 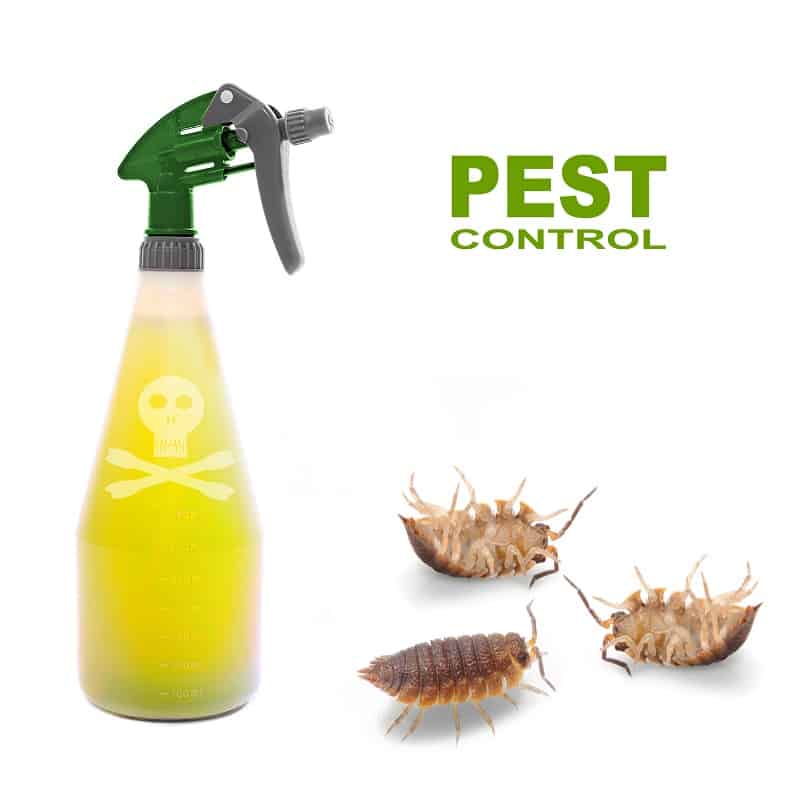 Less toxic than organophosphates, these insect exterminators are still toxic for dogs and essentially cause the following symptoms: salivation, tingling and itching. The dog poisoned by insecticides (and pesticides in general) becomes restless (already severe symptom).

Another trade name for pyrethroids is deltamethrin, used in particular in anti-tick collars for dogs. It is only toxic if the dog eats his collar. Anti-parasitic products for dogs can use more pyrethroids than those for cats (cats are much more sensitive to them).

Thus, it is not uncommon for cat poisoning by this insecticide to occur through the use of a dog product for your cat, which is obviously not recommended.

Call your veterinarian if you observe any suspicious, unusual or excessive behavior in your dog in the presence or after application of any insecticides around your property.

My dog walked on grass with pesticides: Fertilizers are also a risk

During spring time, more dangers exist around the garden because of certain flowers but also because of gardening products and especially fertilizers. 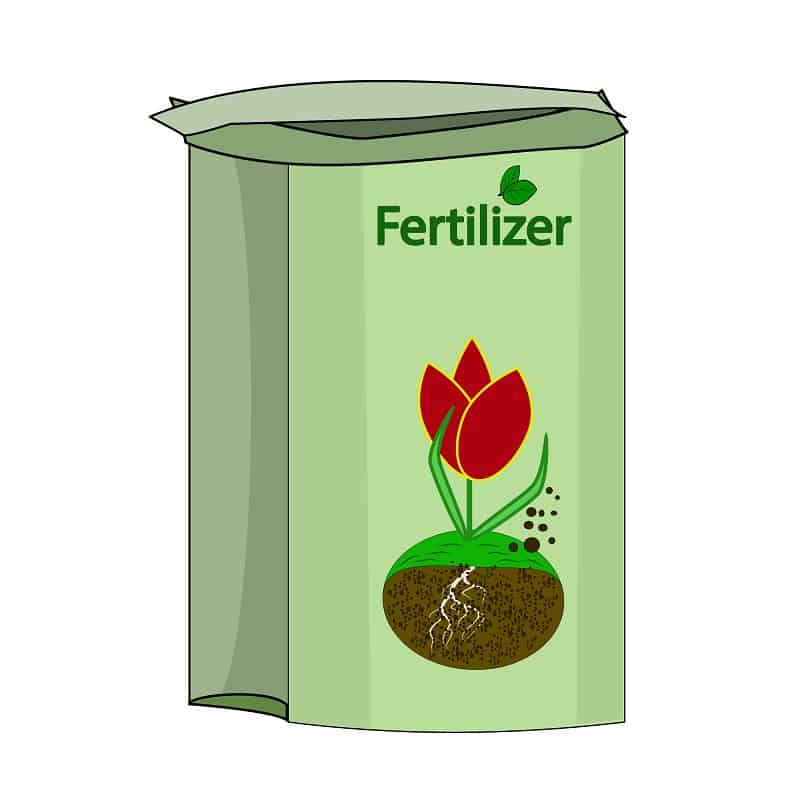 If the risk is considered medium, it is because you have to consume “a lot” for it to be toxic. It is also very variable depending on the composition of the fertilizer itself. Some fertilizers contain herbicides to destroy weeds and moss. Iron sulphate is one of the most dangerous components of fertilizers, but it is not the only one.

It hurts the stomach and the dog may seek to put himself in unusual positions to relieve himself. More serious symptoms such as excessive salivation, nausea and/or vomiting and diarrhea may be a sign of greater ingestion. These are the main symptoms of garden fertilizer poisoning in dogs.

Also pay attention to the storage of this type of toxic product for dogs.

If the risk is lower overall, call your veterinarian anyway and describe to him the composition of the product, if you have kept the packaging.

Rat poison (or rodenticide) is by far one of the most dangerous products for dogs.

Rat poison is an anticoagulant product and there are two different forms. With first-generation products (example: “Coumafen” or “Warfarin”), it had to be ingested several times for it to be toxic. With second generation products, it only takes one instance. 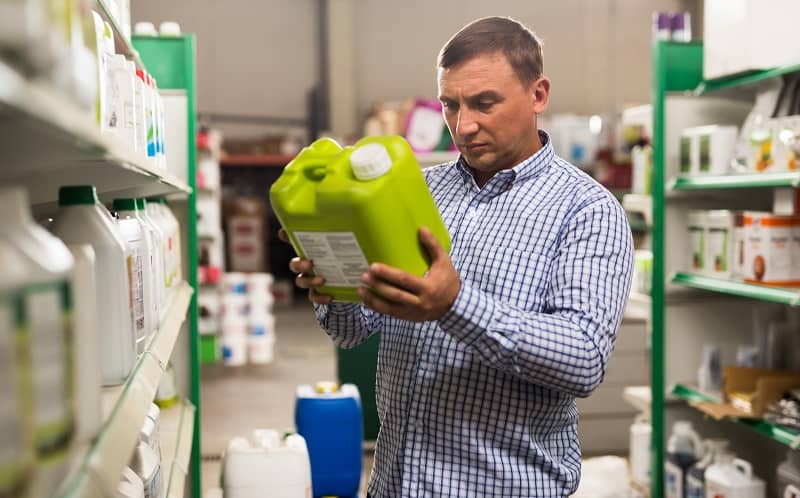 These products use different components such as bromadiolone, difethialone, difenacoum, and brodifacoum and worst of all it takes very little to cause serious damage. Many nature protection organizations are trying to ban these products, such as the Association for the Protection of Wild Animals who defend, amongst other animals, the fox, too often a victim of rat poison.

Be careful if you live or go to the countryside in an area where foxes, voles and field mice hand around. A lot of rat poison seeds is used in these places. Rat poison is also used in the form of blocks in wetlands.

Dogs poisoned by rat poison are often attracted to the oats used in these products. At home (the most common case), poisoning is usually less severe because dog owners use less of it. While outside, it is more often fatal, always because of the quantities used. 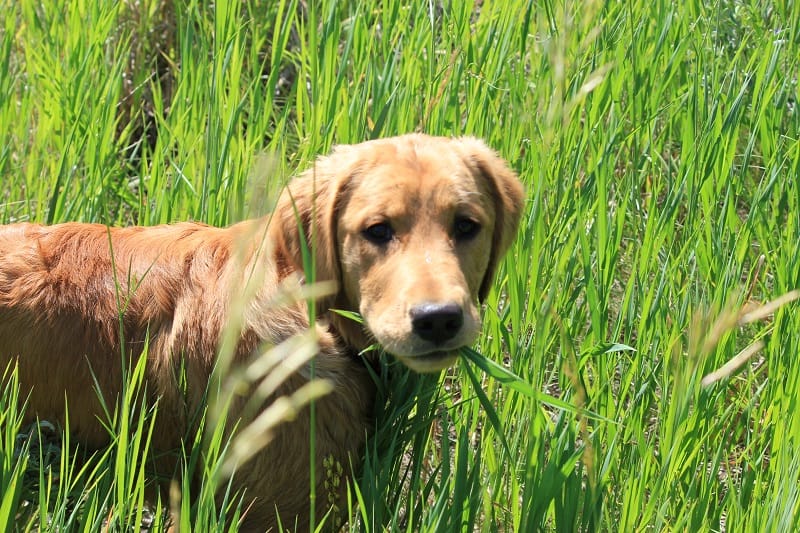 Effects of rat poison are also quite sneaky because its effects are delayed. Symptoms appear 3 days (sometimes a week) after the poisoning and treatment may be too late.

These symptoms are mainly vomiting, difficulty in breathing, heart palpitations, thinning of the mucous membranes, swelling of the stomach and blood in the urine, stools, gums, nose etc. Dogs poisoned by rat poison usually become listless.

Not always fatal, rat poisoning in dogs can be treated if quickly noticed, for example, right after seeing your dog consuming it. A dog may ingest a tiny bit of rat poison and not show any symptoms. But you never know for sure how much he consumed, and symptoms don’t appear right away.

You should go straight to the vet if the ingestion is obviously significant. A vitamin K shot can save him.

My dog walked on grass with pesticides: Final word

It’s important to teach your dog not to ingest anything lying around on the ground around the property and while out on a walk. It’s also incumbent on you, as a dog owner, to make and keep his environment as safe as possible. You can never be too careful!