Are you wondering how to train a Boxer puppy not to bite? How do you turn your puppy into a well behaved, sociable dog, and keep those Chompers off your skin?

‘Soft mouth’ training is a great way to train a boxer puppy not to bite!

Bite inhibition is the phrase that is used for a dog’s ability to control his or her bite pressure. Bite inhibition training, or soft mouth training, is a fantastic way to get any puppy to avoid human skin, or not bite down when they do hit it.

Imagine two small boxer puppy littermates, about 5 weeks old. During play, one might bite down a little too hard, causing the other little pup to yelp “eeeee” and briefly scurry away.

That hurt, and he doesn’t want to play anymore! At least for the next few minutes, that is, until all is forgotten and play resumes.

The other puppy didn’t mean to hurt his ‘victim’ at all, and he certainly doesn’t want the play to stop! He realizes he bit just a little too hard, and that is why play stopped for him. In order to make the play last longer, he doesn’t bite so hard in the future.

The Boxer pup has learned to control his bite pressure (at least with other puppies)! 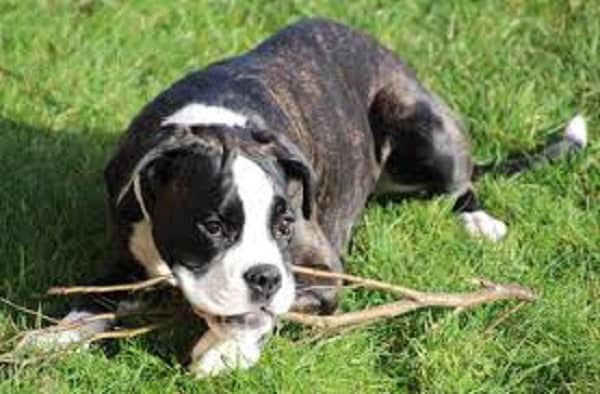 How to Use Bite Inhibition Training with Your Puppy

Imagine you and your puppy are playing a game of ‘tug’ with a rope toy. Your pup gets a little too excited, miss the toy, and clamps down on your hand!

Ouch! What are you going to do?

Your solution here is a simple one. Mimic dog, or rather puppy, behavior! How would one puppy respond if the other bit him a bit too hard?

The puppy would yelp and refuse to play for a brief time, which is exactly what you’re going to do. Utter a high pitched “eeeee” just like you might if you were actually injured or rather as a puppy would. You want your boxer puppy to think he hurt you, even if it didn’t hurt in the least.

Immediately stop playing your game! Drop the rope toy and walk away. The last thing your pup wants right now is for the game to stop.

Your goal is very simple. You don’t want your puppy touching your skin with his mouth! If he thinks even the slightest tough hurts your skin and causes the fun game to stop, he’s going to do his best to avoid your skin! 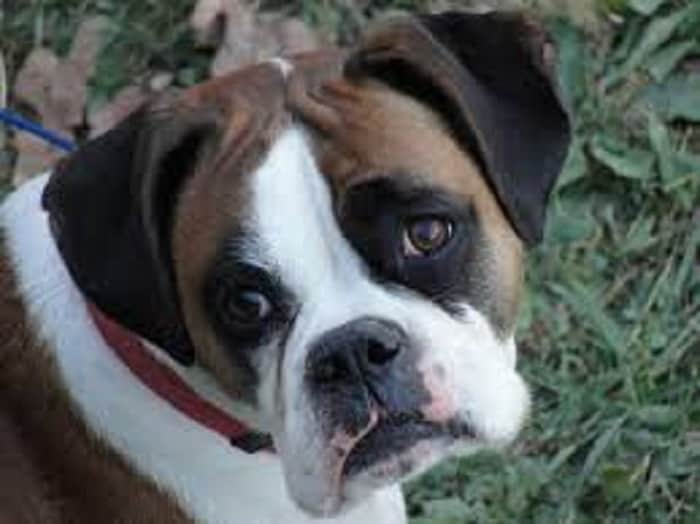 Your puppy will undergo two teething stages as the little one grows two different sets of teeth. The first stage happens at about three weeks, and there is no reason you should ever have to deal with it unless you bred your puppy.

At about 12 weeks (three months), the second teething process will begin and your boxer puppy will begin growing his permanent teeth! This could last for three more months, and by that time all of your pup’s adult teeth have erupted.

The eruption process itself doesn’t feel good! Your puppy will want to bite and chew. He probably won’t be trying to hurt you and may not even be trying to play at all.

If your puppy does this, offer a chew toy instead. Puppy sized rubber Kongs make wonderful chew toys and tend to be very durable! Kongs in general are extremely durable and won’t break apart unless you have an extremely powerful or tenacious dog. Very few young puppies are powerful enough to break apart a Kong.

Give Your Pup Something Different to Chew

Consider keeping a chew toy on hand whenever possible. This will allow you to anticipate any puppy biting and substitute the toy you have in your pocket for, let’s say- your hand. Offer the toy if your pup starts chomping at those hands or toes during play!

Teething puppies are going to bite no matter what you do. They aren’t trying to hurt you and won’t bite hard- though those little needle teeth do hurt! They might not be trying to play but relieve the discomfort they feel from the teething process.

If they are trying to play, again- use your bite inhibition’ training technique described above. Stop play as soon as those teeth miss the toy and clamp on your skin. 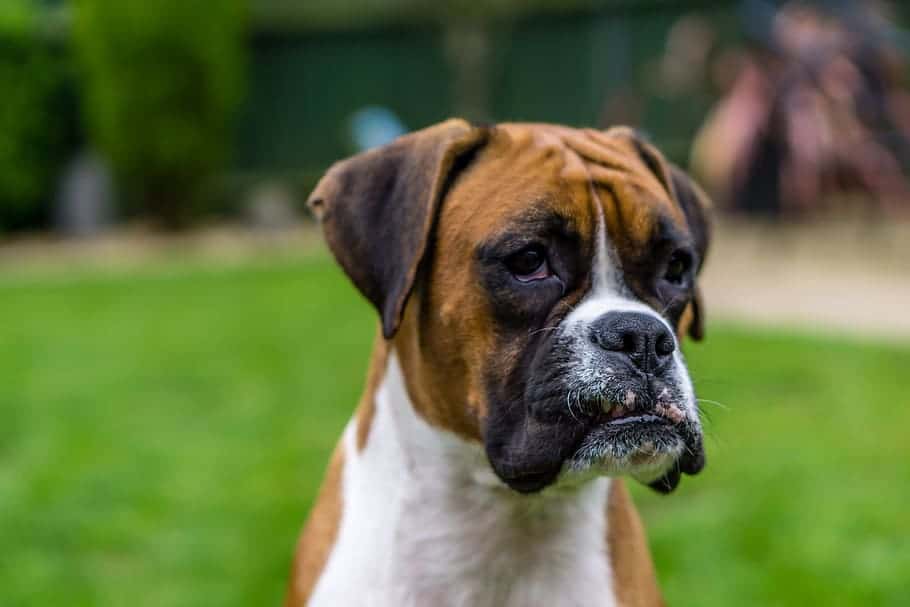 Never Chastise, Yell at, or Scold Your Puppy!

These are called aversives, or forms of positive punishment. Positive in this case just means addition, and not ‘good’. Aversives are used as a form of punishment reinforcement.

Most trainers today will argue these usually aren’t the most effective means of training with adult dogs. More often, a reward-based approach is recommended, or something the dog will enjoy. This is with adult dogs.

Never, ever, scold or yell at your (or any) puppy! Even mild forms of chastisement or corrections are questionable. You only ever want to use reward-based enforcement techniques.

Why are puppies so special, you ask? Why are they different from adult dogs? It isn’t just because they are smaller, or cuter.

Puppies go through ‘fear periods’, which are basically learning periods that would help an animal learn what to avoid in the wild and improve chances for survival.

If you scare your puppy during one of these learning periods, through some form of punishment or chastisement, that fear could make a permanent impact on your pup’s psychological development. Your puppy could become permanently afraid!

How to Train a Boxer Puppy Not to Bite

Bite inhibition training really isn’t complicated, and even a novice dog owner can apply this technique.

But why should you, anyway? Your puppy isn’t going to send anyone to the hospital! Why does he even need to know how to control that bite pressure anyway?

Your Boxer puppy won’t always be a tiny, adorable ball of harmless cuteness. He will soon grow to be a stronger adult capable of causing harm, even if he doesn’t mean to.

A dog’s hide is more durable than a human’s skin, and you want your dog to understand the same play he might use with other dogs could hurt a person.

This is probably more important than anything else listed in our article! Teach your puppy, while he is a puppy, that other people (both adults and children) mean only wonderful things! These humans aren’t threats at all.

Introduce your puppy to all kinds of environments and as many friendly animals as you can! Introduce your little one to dog parks (after he is vaccinated), crowds, and other public areas with strangers.

Show your puppy that nothing he might ever encounter ever means him harm! If you socialize your puppy well enough, he’ll never have any reason to be suspicious or bite with the intent to harm at all. 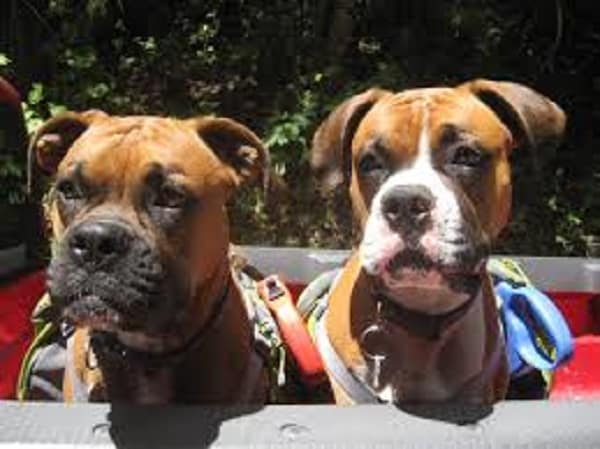