The French Bulldog may well be a dog of robust appearance, it should not be forgotten that it has some weaknesses. The life expectancy of a French Bulldog is only 12 years, which is slightly lower than that of most other breeds of this size. This is partly due to the fact that it is predisposed to a number of diseases or genetic defects. So, it’ important to recognize the sources of health issues.

Rest assured, however, a French Bulldog bred with love of the profession in a family canine breeding is less likely to suffer from genetic disorders, and can therefore live a good and long life! It is still interesting to learn about the diseases that mostly affect this dog breed.

The popularity of the French Bulldog has unfortunately not played in its favor. To meet the high demand, some unscrupulous breeders have sought to make as many litters as possible … thus increasing inbreeding within the breed, thereby causing genetic defects. 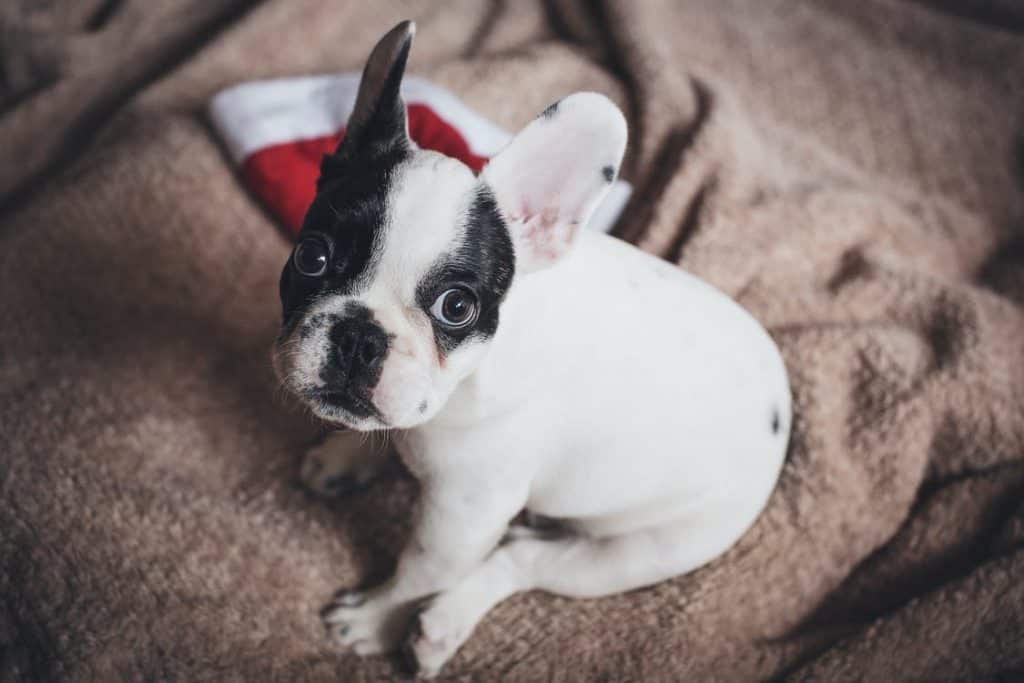 Main types of diseases of the French Bulldog

Being well informed about the health of the French Bulldog and its weaknesses is essential, so that you can quickly prevent or treat significant health concerns. There are diseases common to all dog breeds (such as distemper, rabies, parvovirus, etc.) and against which it is possible to vaccinate a dog. In this article we will only focus on health disorders that are specific to French Bulldogs.

The french bulldog is characterized by 3 typical respiratory disorders which can threaten his well-being, a long soft palate, nostril stenosis and collapse of the larynx.

In many cases the french bulldog’s soft palate is much too long and can compress its larynx and cause difficulty breathing. This genetic disorder can be resolved by surgery.

Another common genetic disorder, nostril stenosis is a condition by which the dog’s nostrils are too narrow. This causes wheezing in the nose, and difficulty breathing. Once again, surgery corrects this defect.

Collapse of the larynx

This third genetic problem is characterized by a collapse of the larynx membranes when the dog inspires. Once again, this disorder is causing difficult breathing, and can be treated with surgery. It is essential to pay attention to the Bulldog’s breathing to notice any respiratory disorder. In case you observe signs such as hoarse breath, snoring or intolerance to more intense effort, consult a veterinarian. 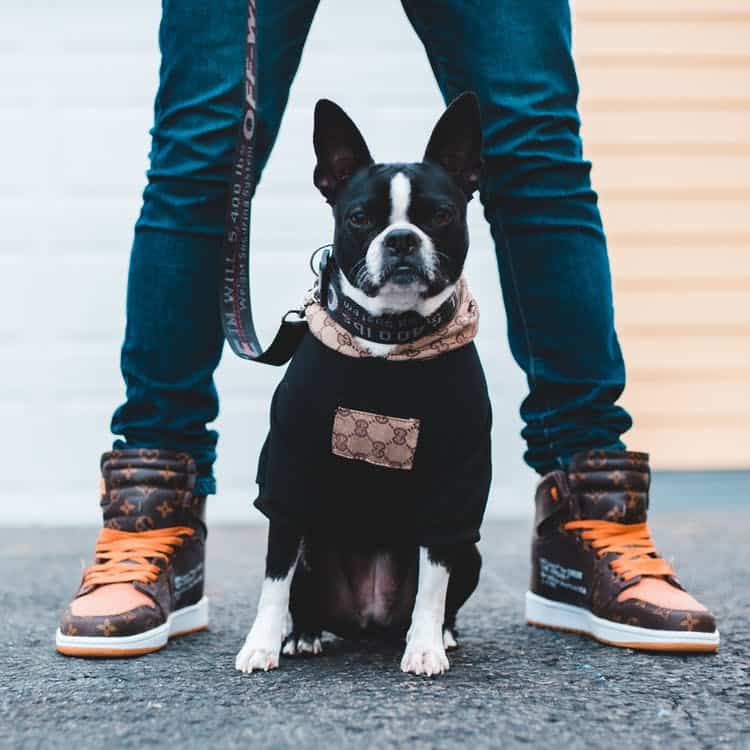 It should be noted that respiratory disorders can create significant side effects such as heart problems, even sudden death if the disorder is severe. Many deaths in the French Bulldog are thus due to breathing problems.

Respiratory disorders makes the French Bulldog very sensitive to stress and heat. To avoid a heat stroke which is very common in this breed, make sure that your dog is not exposed under the sun for too long and provide for areas he can hang around in the shade, hydrate it regularly and limit intense efforts. Likewise, never leave a dog alone in a car in direct sunlight … or not!

Other common health problems of the French Bulldog are not due to its flattened face, but rather to its small size. It is indeed the cause of certain disorders in the dog’s skeleton. French Bulldogs are thus particularly predisposed to herniated discs, vertebral disorders which cause back pain, and can go so far as to paralyze the dog if they are not taken care of in a timely fashion. 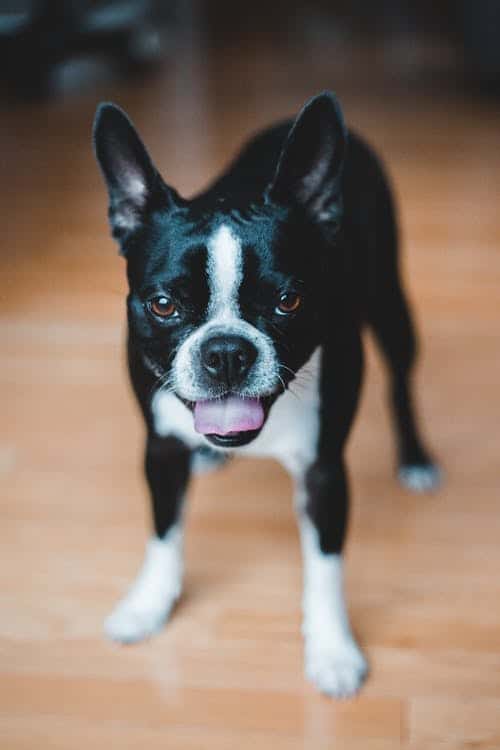 If your French Bulldog shows signs of reduced mobility, difficulties with certain movements or slight limping you should quickly consult a veterinarian to quickly set up a treatment. As you can see, learning how to tell if your french bulldog is sick is important and requires your constant attention.

On a completely different note, you should be aware that the robust framework of the Bulldog and its small size make it practically impossible for a pregnant female to give birth naturally. Most of the births of this breed of dog are carried out by caesarean operation.

Another interesting trait of the french bulldog is the wrinkles on its face that make it quite susceptible to skin infections. To avoid this problem, it is important to regularly cleanse its face, and keep all areas dry as much as possible. If you see areas where the skin is folding becoming pink or red, it may need attention. 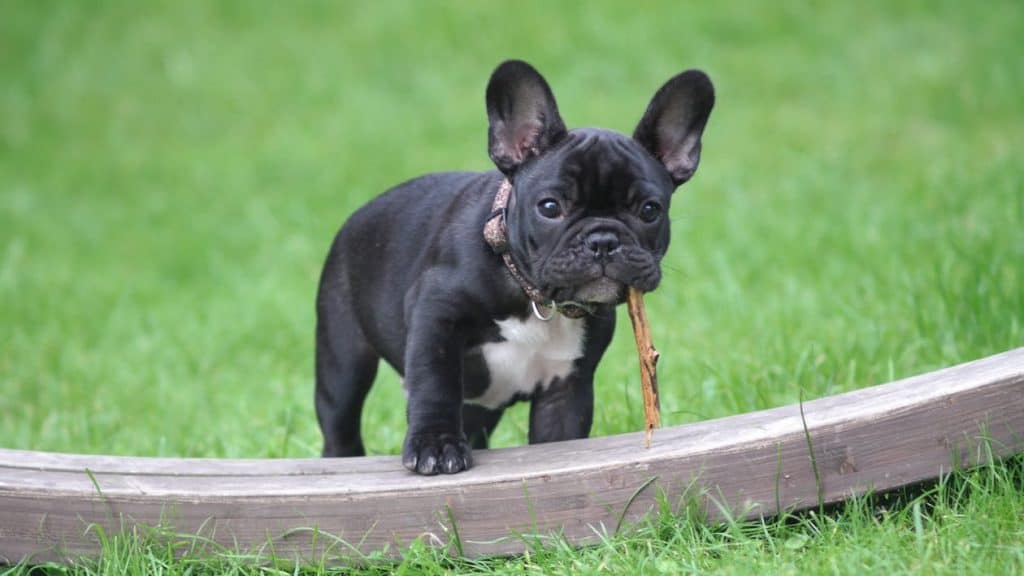 How to prevent diseases of the French Bulldog?

If you want to adopt this dog, you need to focus on 3 important aspects to avoid the most serious health risks:

4) Avoid putting too much stress on the vertebrae of the French Bulldog. This means limiting jumping movement, going up or down stairs.

By learning how to tell if your french bulldog is sick and staying attentive to these signs, you won’t have to worry!