This post will go through the ins and outs of dog spinal infection condition which is called in scientific terms a discospondylitis (or spondylodiscitis).

The term discospondylitis (or spondylodiscitis) in dogs indicates an infection of an intervertebral disc and the vertebral plates of two adjacent vertebrae. The infection is often times of bacterial origin but can also be secondary to the presence of fungi (we will then speak of fungal spondylodiscitis, which is a rare condition.

This infection is generally caused by a spread of germs through lymphatic canals and, or blood. Direct intervertebral contamination is extremely rare. A primary infectious focus is therefore to be sought when spondylodiscitis is diagnosed or suspected. Frequently, spondylodiscitis is associated with urinary or prostatic infections, endocarditis, uterine, pulmonary, digestive or skin infections, or infections of the oral cavity.

Any intervertebral area can be affected but spondylodiscitis most frequently affects the lumbosacral hinge (junction between the last lumbar vertebra and the sacrum).

Are there predispositions to a spinal infection in dogs?

Uncastrated males are more frequently affected. A real predisposition in specific breeds has not been established. However, the German Shepherds, English Bulldog, Dobermans, German Mastiff, Golden Retrievers, Labradors, and Rottweilers are the most frequently affected breeds.

What are the symptoms of a dog spinal infection?

The clinical signs are non-specific and variable. Affected dogs can experience fever and a sharp loss of energy as well as loss of appetite or weight. Back pain is frequently encountered in such cases.

This infection between two vertebrae causes progressive destruction of the intervertebral disc and bone lysis of the vertebral plates. Peripheral bone proliferation is also often observed. Progressive destruction of the endplates can cause instability between the affected vertebrae, and can cause compression of the spinal cord and, or nerve roots. Neurological symptoms can then be observed, ranging from simple back pain to complete paralysis. 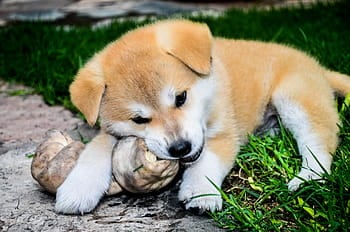 How to diagnose a dog spinal infection?

The initial suspicion is based on clinical observation, the breed, the symptoms, the age of the animal, its sex. When the suspicion is proven, additional examinations are compulsory to establish a diagnosis.

The first step is to confirm the suspicion of spondylodiscitis. For this, imaging exams are essential tools. An x-ray can reveal a collapse of the affected intervertebral space, bone lysis, sclerosis, and bone proliferation between the two vertebrae.

An x-ray from the side of lumbosacral region of a dog presenting locomotion difficulties in the rear end. An irregularity of the vertebral plates (blue arrows), sclerosis of the vertebrae, and ventral spondylosis (green arrow) are visible between L7 and S1
However, the radiographic lesions are not visible until after a certain time. MRI or CT scans allow for earlier diagnosis, and allow visible lesions to be seen with an X-ray examination. 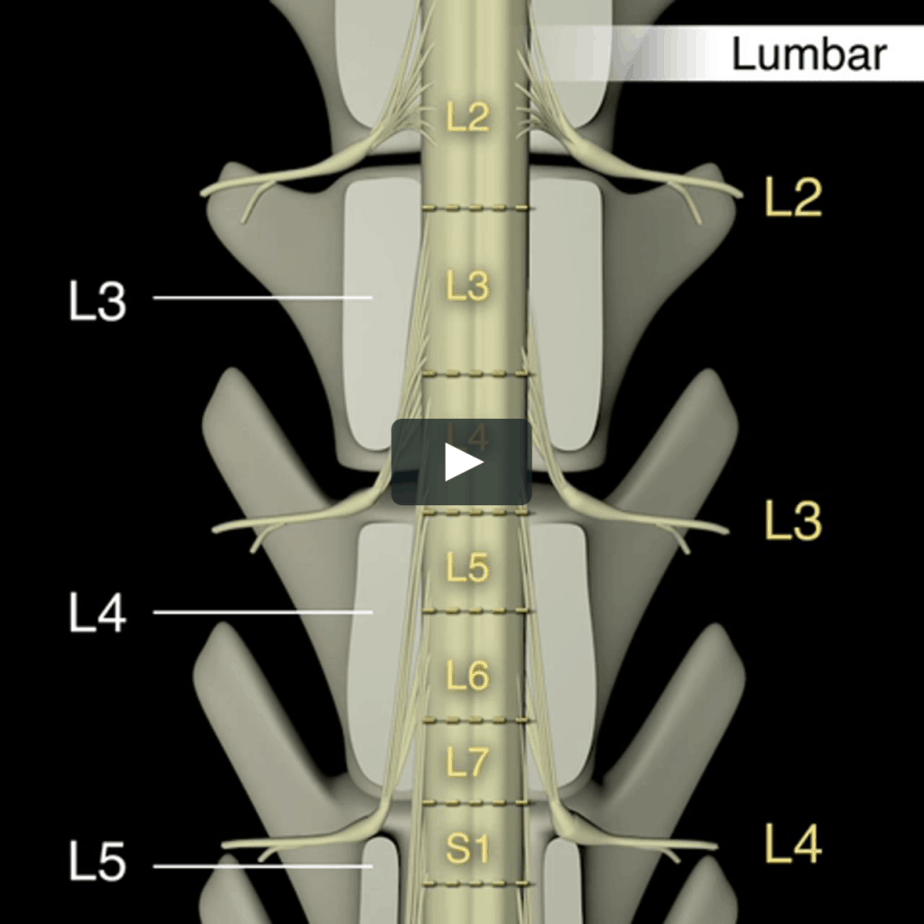 The second step is to try to isolate the causative agent, in order to set up the most suitable anti-microbial treatment. For this, indirect means can be used, for example by carrying out urinary and blood bacterial cultures (the chances of isolating the germ vary from 30 to 80%).

It is also possible to use direct means, by carrying out a puncture of the infected intervertebral space, and by carrying out a bacterial culture from the sample taken. Most often, this is done under ultrasound control to puncture with a needle the affected area. A scanner control of the guidance can also be done.

The bacteria most often implicated are Staphylococcus spp, Streptococcus spp, Brucella spp and Escherichia coli. Blood tests will show signs of inflammation, as well as a possible increase in white blood cells. Subsequent measurements of the level of inflammation can then be used to assess the effectiveness of treatment.

Treatment of discospondylitis (or spondylodiscitis) in dogs

The treatment is initially medical. It consists of administering antimicrobials (antibiotics in the case of a bacterial infection) over a relatively long period (usually several weeks or months). The antimicrobials administered should ideally be chosen based on samples taken from the animal, and an antibiogram, in order to be sure that they are effective.

When no germ has been isolated, the treatment administered is then “probabilistic”. It is the clinical response after a few days that indicates whether the treatment is effective or not. In addition to the administration of antimicrobials (which are sometimes administered intravenously at the start of treatment), painkillers and anti-inflammatories are administered to reduce pain along with quite of bit of rest.

In some cases, the intervertebral instability caused by bone lysis is such that surgical stabilization is necessary.

What is the prognosis for a dog spinal infection?

When the antimicrobial treatment is effective, the symptoms subside within a few days. The prognosis is then good to excellent, but the treatment must be administered over a long period. The main complication is a recurrence of the infection.

Inflammatory and Infectious Diseases of the Spinal Column