Owners of German Shepherds say that the main difference between this breed and others is the ears, which are standing vertically with their tips directed upward. However, in some cases, German Shepherd floppy ears can be observed and caused by a number of reasons.

One way or another, people who decide to acquire this breed simply have to know everything about the ears of their future companion. This will help distinguish issues related to physiological development from conditions worth addressing. 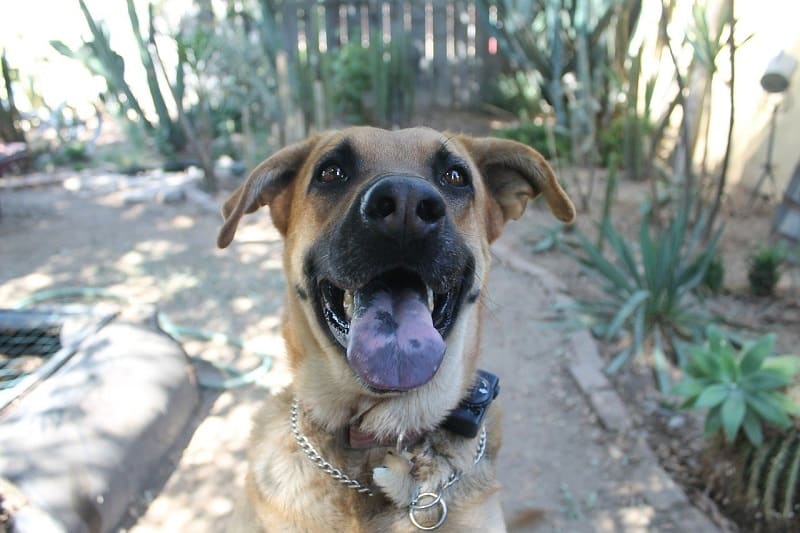 It’s no secret that German Shepherd puppies are born with closed eyes and small hanging ears that close the ear canal. From the moment the dog is born, up until the fifth week, you can see that the ears are beginning to gradually take a standing position, but they are not yet able to fully stand up. It is worthwhile to understand the causes of this problem.

When, at the age of 2-3 months, the ears of a German Shepherd cub still hang down, the owner can become worried that this may become a permanent condition. In such cases, it is advisable to consult a veterinarian to examine the ears of the dog and determine if the cartilage is in good condition. In many cases, it may deformed or broken preventing the ears from standing in an upright position. Once the cause is established, the owner can, if desired, consent to a cartilage implant surgery to normalize the position of the ears.

Floppy ears can be caused by a genetic predisposition, namely a Pedigree problem, a malformation of the ear structure or a lack of calcium in the dog’s system. 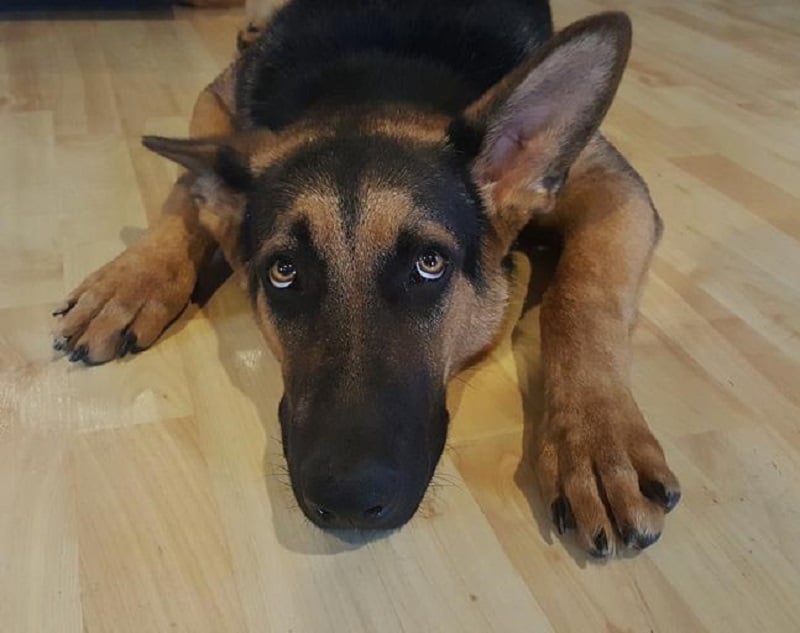 Instead of the desired shepherd dog, a mestizo of a noble breed was purchased. Alternatively, the puppy’s father is thoroughbred, but lop-eared. In dogs of the breeding line, the ears rise at the age of 5 to 12 months, which distinguishes them from other individuals of this breed.

The nutrition of the mother was unbalanced, in which case there was a dysfunction in the supply of vitamins to the baby’s body, as well as other nutrients. The consequence can be softened cartilage of the ears. And this will be just the beginning of the list of diseases.

All dogs of this breed are different from each other, so the vertical position of the ears in puppies will be greatly influenced by the size and volume of cartilaginous tissue. In most cases, thin ears are also weak, they are not able to stand up on their own, and thick ones, although they have the advantage of strong muscles, are warmer and therefore softer. 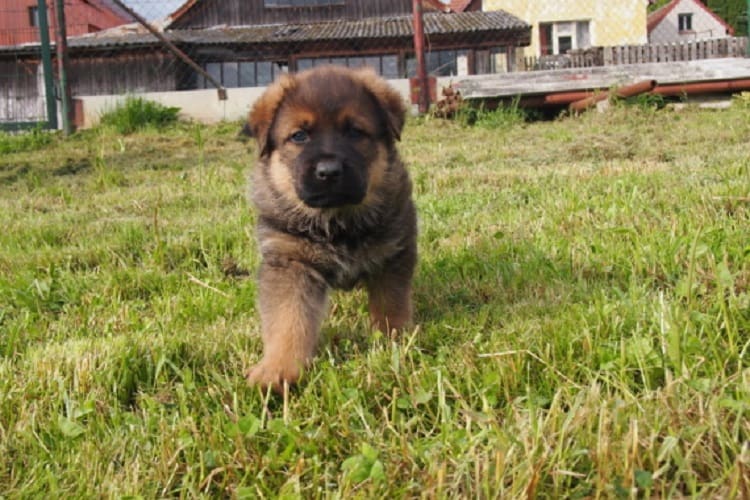 The position of the ears on the head will also have an incidence. Ears that are set wide will have more difficulties to remain in a standing position and they usually fall apart. The size of the ears themselves will obviously be a factor as smaller ears will stand by themselves much more easily.

Lack of calcium in dogs

Basically, this problem appears at the age of five months. It sometimes manifests itself in such a way that this leads to unexpected and somewhat frightening consequences. For example, ears suddenly fall, after which the dog becomes lop-eared. According to experts, this phenomenon is common and should not be a cause for concern. The reason is that at the moment when milk teeth are replaced by molars, the amount of phosphorus and calcium in the puppy’s body decreases. Thus, the cartilage is not properly feed and is unable to support the standing shape of the ears.

So, in order to avoid such a surprise, it is advisable to take the puppy to the veterinarian at the age of four months. He will help you create the right diet, consisting of nutrients and vitamins and also contain calcium and phosphorus.

When the dog is in his changing teeth period, the main rule is to minimize the use of cereals and emphasize an increase in small products. For example, the diet of the shepherd dog can include homemade calcined cottage cheese and bone meal. In some cases, you can put crushed white chalk in combination with kefir in food. These are not the only foods a puppy should eat. It is also worth adding various vitamin and biological supplements. 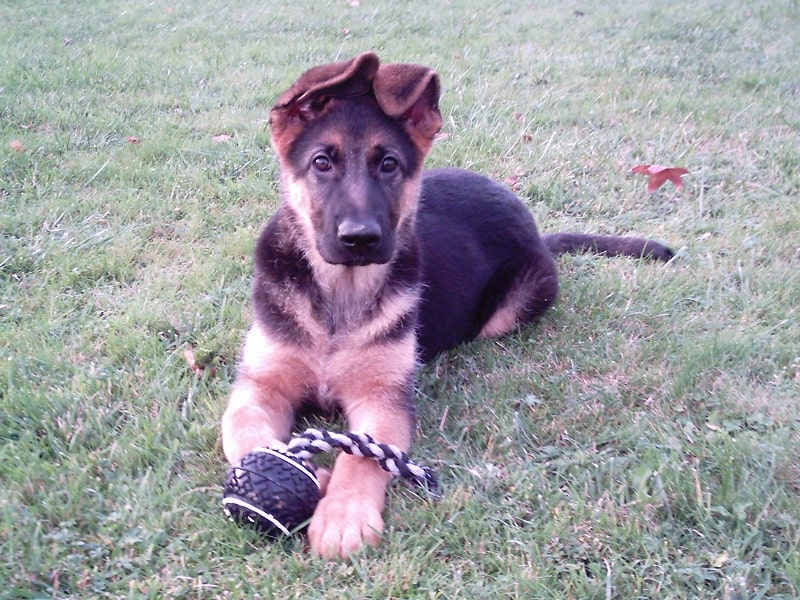 Your German Shepherd friend should have appropriate calcium content in his diet as well as various supplements that strengthen bones and cartilage (“mega”, “pax-forte” and others).

If the purpose of acquiring a German Shepherd was for companionship and to have a good guard and a loyal friend, then the appearance of the ears does not play such an important role.

If your goal is to bring your canine friend to dog shows and train him for exhibitions, then the appearance of the ears is important and investing time and money to eliminate the floppy ear condition may be worthwhile.

If at the age of six months the shepherd dog still has floppy ears, you need to consider measures to correct the situation.

At the moment, there are several solutions to support the upright setting of the ears in your dog but the “gluing” or “curling” method is one of the most common.

First you need to purchase the following:

1) Surgical plaster, which is 5 cm wide
2) “Skin Bond” or medical glue
3) A pencil not sharpened with an eraser
4) 2 pieces of wooden stick (preferably those used in ice cream bars
5) 2 curlers

Next, the curlers need to be freed from their main axis. A pencil should be inserted into the hole as a base. The outer side is processed with honey glue for one quarter (important: do not get into the dog’s ear opening).

To fix the vertical position of the ears, the stick is glued with a plaster to the back of the ear. Keep the entire structure in this position for a week. Once done, you must pay more attention to the dog than usual, since he is experiencing discomfort and will need regular distraction. 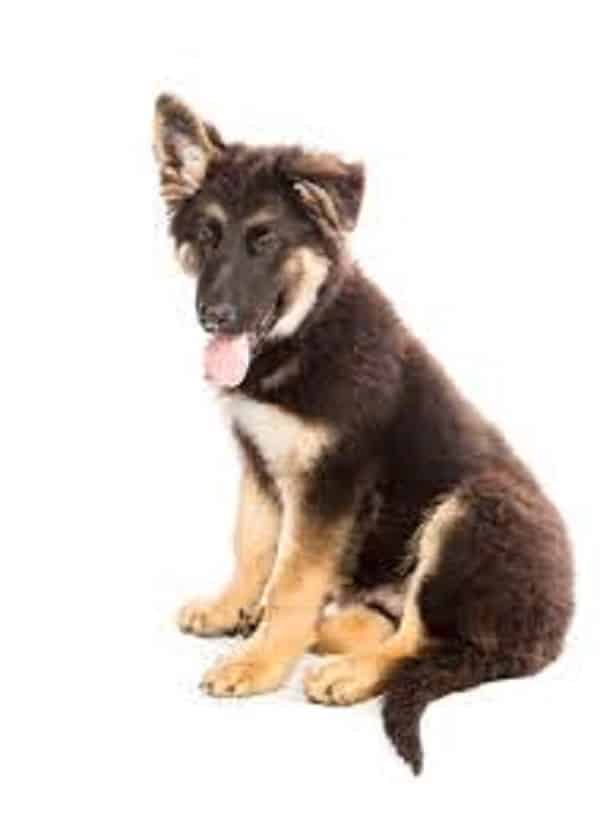 For painless removal of the patch, it is recommended to use a special solvent that is harmless to the skin and hair. This should be done gradually and ensure all the glue is completely removed from the ears.
Once you have removed everything and cleaned the entire area, don’t panic if the ears are not perfectly level. Gradually, everything will return to normal.

We are discussing the above method as a way to show you that simple, inexpensive and non surgical solutions are possible. However, we strongly recommend that you consult a veterinarian to explore appropriate medical solutions for your dog. It’s always best to invest into an appropriate, medically controlled and safe approach to German Shepherd floppy ears issues.

When the puppy’s ears have already risen, the owner should provide ongoing care for the hearing organ. Obviously, it is much easier to care for already erect ears, but not everyone knows the rules for cleaning the ears of shepherd dogs.

Here are some basic recommendations: