They are docile, smart and quick-witted, but while their good behavior can be attributed to genetics it comes, to a much greater extent, from the quality of a French Bulldog training program.

French Bulldogs can clearly manifest the qualities of their ancestor, the English Bulldog, through which stubbornness and self-will is glaring. The upbringing and training of a French Bulldog is up to even a beginner and the main thing is to do it regularly and consistently.

The modern French Bulldog is excellent at being a guard and companion, and it is for this purpose that these strong, adorable dogs are intended.

Any person can have this breed because they are sociable and unpretentious. The breed is suitable for families with children as the dog will love to play and run around with them. For people living alone, the French Bulldog will become a real friend, listener and, if necessary, a cheerleader!

These dogs need the attention of their owners, but they will not impose their presence and will wait for the right moment. The dog is sensitive to the mood of the owner and perfectly adapts to the conditions. Usually French Bulldogs get along well with other pets. 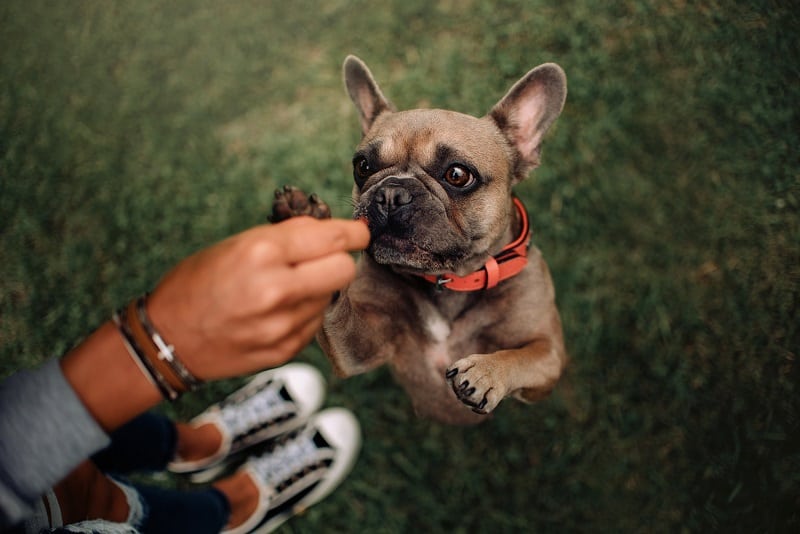 You will realize that education and socialization are important for French Bulldogs.

Owners of French Bulldogs claim that they are very intelligent, quick-witted dogs, which can not always be called positive qualities. For example, the breed is known to not rush to mindlessly execute a command, but will try to think it over and, if possible, avoid execution. And if the owner lets go at least once, he will increasingly challenge him and figure out tricks to “forget” commands.

There are several nuances that should be considered when training a French Bulldog. You can’t back down and let the dog run his own agenda. Do not believe one second that he is in a bad mood today and you should postpone the lesson to better times. Next time, your French Bulldog will be even more stubborn in the hope of indulgence.

Therefore, experts recommend, at the very first lesson, to set the boundaries of what is permissible and make it clear to the dog who is in charge process.

Multiple repetition will be necessary even though the breed has an excellent memory. His stubbornness requires the owner to pay special attention to consolidating the knowledge gained.

Each lesson should begin with a review of the material covered. You cannot take breaks in a French Bulldog training session! It is important that the process is continuous and long breaks between classes are not recommended. Otherwise, it will be difficult for the French Bulldog to learn new things as he will have to start almost from the very beginning.

The French Bulldog puppy is quite charming with his big eyes and sniffling nose and naturally, many owners perceive the dog as a toy, missing on the importance of his education. In fact, the puppy should be raised and trained from day 1, as soon as he crosses the doorstep of his new home. The doggie will grow very quickly, and every month the owner should be more demanding in his training program. 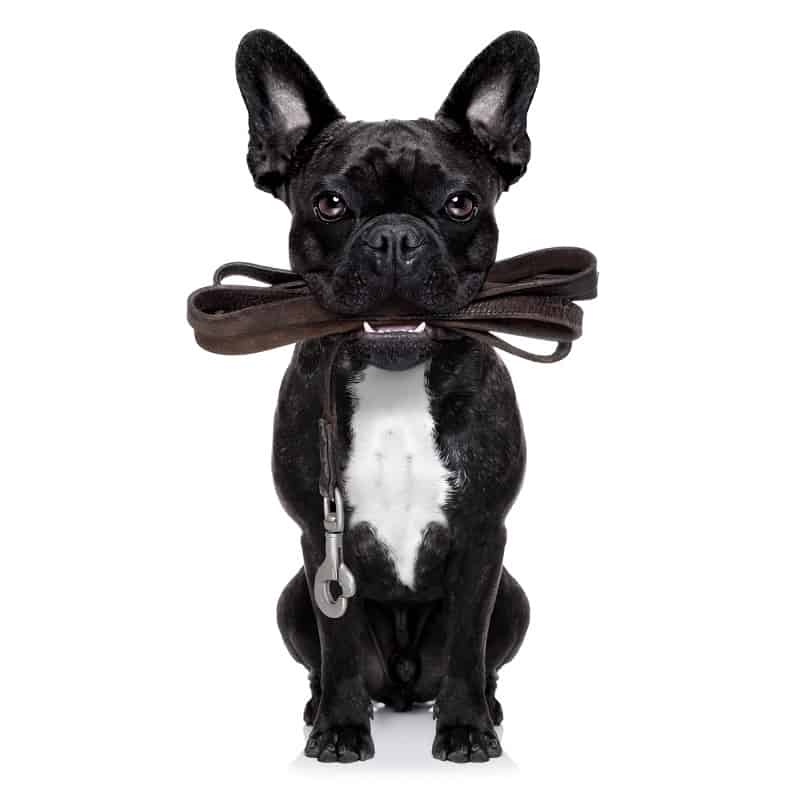 The puppy will spend his first days alongside his mother, who takes care of his nutrition, warmth and good sleep. The puppy begins to be fully interested in the world around him by the age of 2 weeks, and his mother is again engaged in his upbringing. The baby begins to follow the bitch everywhere and adopts her habits and skills.

From week #3, the puppy becomes more independent and is already making attempts to explore the world all by himself. He is interested in everything that happens around him, and the dog is actively mastering new actions and adapting them.

The adaptation period lasts up to 6 weeks, and by that age the puppy is able to interact with others and get a taste for basic discipline requirements. During this period, the dog is already showing individual character traits and starting to develop his own personal habits. 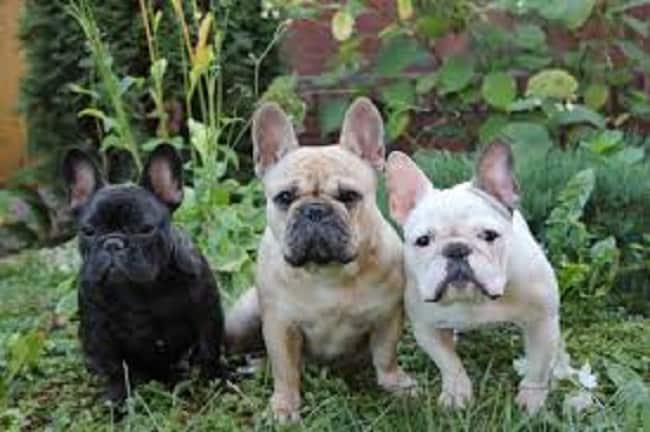 When observing a 2-month-old French Bulldog, you can already get a good idea of the kind of dog he will grow up to. For example, if he does not leave his mother a single step, then in the new family he will keep closer to the owner. Such dogs are often shy and less socialized.

When the dog joins a new family, he should be introduced to the environment and household members. You should not expect he will immediately feel at ease, you can leave him alone for a while and give him the opportunity to get used to his new surroundings. If you are being gentle you will prevent the dog from becoming anxious or aggressive. At this stage, the basics of communication skills are instilled in the dog.

From the first days the puppy can become accustomed to his name and as soon as soon as he begins to correctly respond to his name, he should be rewarded to make it clear that he is responding well. In addition, he will associate his name to positive moments.

You should also introduce basic commands to your puppy to show him when and where to go to sleep, rest and keep quiet. It is also important to quickly determine the place he will eat and make a point to consistently feed him at that given place and nowhere else. Make sure all family members and guests know that treats from the table are prohibited. 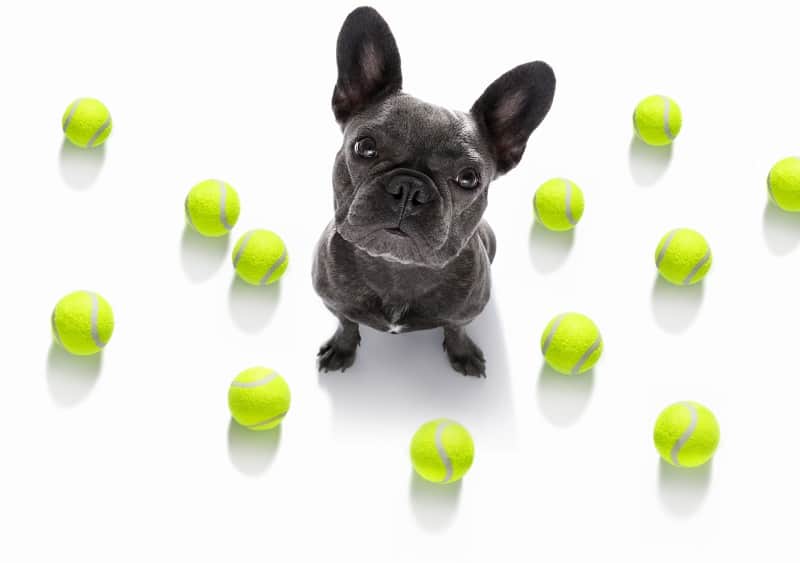 At the age of 2-4 months, the puppy is extremely active and curious. His sense of smell helps him study the outside world, people and animals. Despite the mobility and independence, the doggie still has an unstable psyche and the main training task is to channel his energy into a peaceful channel, with lots of encouragement.

At this age, the puppy learns to deal with grooming procedures and the dog owner gradually introduces new commands such as “give me”, “stand”, “give a paw.”, etc. Mastering and consolidating these skills will definitely come in handy during further interaction in public places, visits to exhibitions, meeting friends, etc.

The French Bulldog will also be trained to go outside to pee and poop. Use a simple but consistent command such as “toilet”. If the puppy keeps on leaving puddles in the house, use a prohibition command such as “NO”. Dogs of this breed are quite smart, and it is enough for them to hear the strong voice of the owner to realize that they are doing something wrong.

The owner should know that his dog will go through an adolescence period, when puberty and hormonal surges will negatively affect the dog’s behavior. He can show disobedience, as well as mark different areas around the house. You must be patient and repeatedly train your dog to remember the good manners.

Before your French Bulldog puppy has received all the vaccinations and is ready to go outside, you should familiarize him with some useful commands such as: “come here”, “rest”, “stop”, etc. You can’t let your canine friend loose outside without some basic training. Of course, you must get your dog accustomed to wearing a leash and a collar or harness.

The French Bulldog needs a kind attitude and encouragement from his owner, but it is also important to make him understand that the owner is the leader. This means that his commands should not be questioned. Otherwise, the dog will try to dominate, and if you let him disobey it will become difficult to teach him anything. 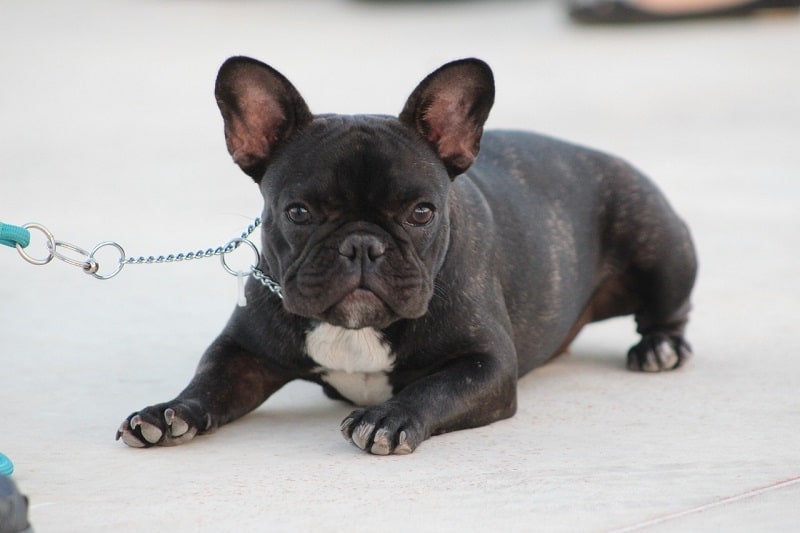 Growling and biting are alarming bells, even if the dog does not do it out of malice but in a playful moment. In such a case, it is advisable for the trainer to reconsider his tactics and introduce tougher French Bulldog training methods.

When an overly spoiled dog lacks severity, the owner is advised to use prohibitive commands more often and not let the dog down even in the case of minor offenses. Of course, we are not talking about any physical intervention as the dog will become aggressive and will refuse to execute commands and stop interacting.

If more stringent training does not change his behavior and he continues to snap and bite, you can resort to isolation. Having been without a beloved owner and not getting attention and affection from him, the dog will usually begin to better appreciate the owner and happily accept his authority, just not to be abandoned.

In the period from 4 months to six months, the French Bulldog gets more actively acquainted with the outside world. The owner pays a lot of attention to training the dog to go to the “toilet” outside. And since the puppy is already familiar with the command “toilet”, it will not take long to expect a positive result.

The basic French Bulldog training program continues to be consolidated, especially the prohibition commands. It’s probably unsafe for a puppy to be on the street and such skills will help avoid critical situations. The owner needs to train the dog to respond to commands, regardless of external stimuli. And since the breed tends to be lazy, patience is required.

Once basic commands are mastered you can take the training to the next level. New tasks are added such as “bring” and “give”. It is also useful for the puppy to socialize with other animals. French Bulldogs not always friendly towards their fellows, so the owner needs to keep an eye on the comrades and, at the first sign of aggression, stop such behavior. 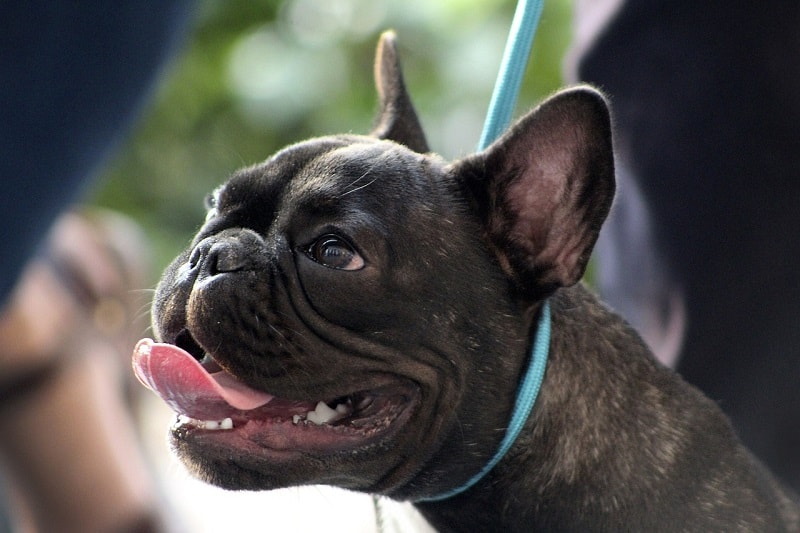 By the age of 6 months, the dog should be familiar with all the basics and is now educated and obedient. He knows how to behave at home and in unfamiliar surroundings. But the education and training work must continue. The owner should teach his dog not to get food from strangers or edible garbage. A well-bred French Bulldog will not pick up food from the ground and will not treat itself to strangers.

If the owner has a desire, he can go through a general training course with the dog. If the dog is meant to be more than a pet but a future star of exhibition grounds, it is necessary to engage in professional training. The dog must learn to trot next to the handler, take special stances, and allow the judges to examine every part of his body, including the teeth and genitals.

The French Bulldog is a positive and cheerful dog with special charisma. But he also requires extensive training and education, otherwise he will take the role of the owner in the house and it will be very difficult to move him down from that pedestal!