Exercise intolerance in dogs can be caused by specific health issues but has been mostly linked with the Exercise induced collapse (EIC) disease. This is a neuromuscular system disease characterized by unusually severe and disabling fatigability occurring during physical exercise, which is usually intense. It is a hereditary disease, therefore transmissible to the offspring. Originally observed in the Labrador Retriever, the contribution of genetics has taught us that this condition is also present in other breeds including the Chesapeake and the Curly.

The identification and understanding of this disease is the result of joint research by the College of Veterinary Medicine at the Universities of Saskatchewan in Canada and Minnesota, and the California Department of Comparative Neuromuscular Pathologies. 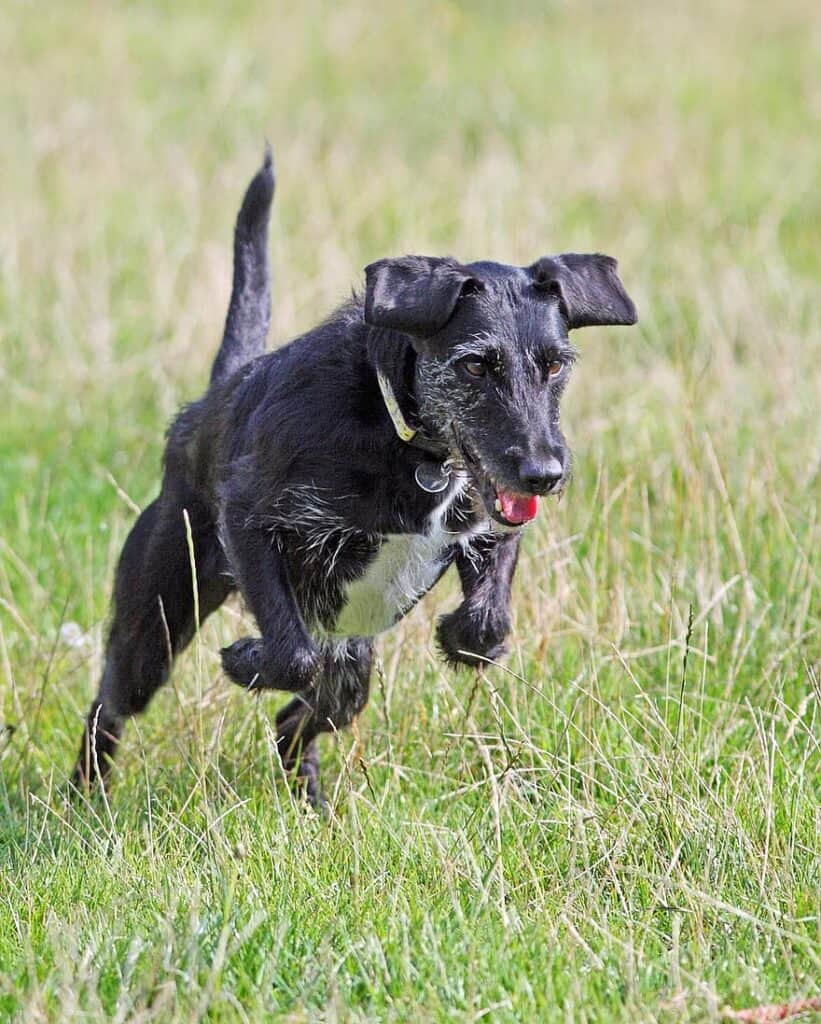 The first cases were observed in the United States in young Labradors from working lines and used in Field Trials or as a hunting aid. All of these dogs were described as being in excellent physical condition, not obese, and with a very dynamic temperament. The reported cases became more and more numerous and subsequently interested working Labradors as well as exhibition and companion dogs. Finally, none of the three coat colors were spared. The EIC was individualized within the vast catalog of neuromuscular diseases in the early 2000s and it was in 2007 that the mode of genetic transmission of this disease was proven and the responsible gene identified by the team of Professor James Mickelson of the University of Minnesota.

This condition has since been detected in other breeds. The Chesapeake and the Curly for retrievers but also the Boykin Spaniel, the Cocker Spaniel, the Drahthaar, the Welsh Corgi Pembroke, the Bouvier des Flandres and the Bobtail. We must also add the Labrador cross dogs.

Signs of intolerance are seen in young dogs over 7-8 months of age, usually a period or beginning of actual training on the job. However, some dogs take up to 3 or 5 years to develop their illness.

Signs appear in dogs subjected to high intensity physical exercise while generally tolerating low to moderate intensity exercise well. Collapse begins after five to fifteen minutes of exercise with an abnormal and unstable gait, followed by a sudden collapse of the rear end unable to support the weight of the body. Despite this, many dogs try to continue the current exercise. We then observe inconsistent movements of the hind legs and the stride is soft and elongated unlike what is seen in dogs with other neuromuscular pathologies in which the stride becomes stiff and short.

The abnormalities can sometimes spread to the front end, with some dogs even becoming unable to move and falling onto their side. Throughout this phase, many dogs remain aware and quick-witted. However, about 25% of animals are stunned and disoriented during the collapse episode. The intensity of the symptoms increases even for a few minutes after stopping exercise. A return to normal is usually seen after 10 to 20 minutes of rest.

Either way, it is imperative to stop the dog as soon as symptoms appear. Indeed, rare cases of death from heart and respiratory failure have been seen, mostly occurring at the end of the collapse episode if it is prolonged.

These episodes are not painful, neither during nor after the collapse phase. Cardiovascular and respiratory examinations are normal before, during and after the acute episode. Likewise, blood tests remain normal and in particular no drop in blood glucose levels or abnormal variations in hormone levels are observed.

The intensity and frequency of seizures vary from dog to dog, as does the amount of effort required to trigger the collapse. Thus, affected dogs leading a sedentary companion dog life may well never have such EIC episodes. 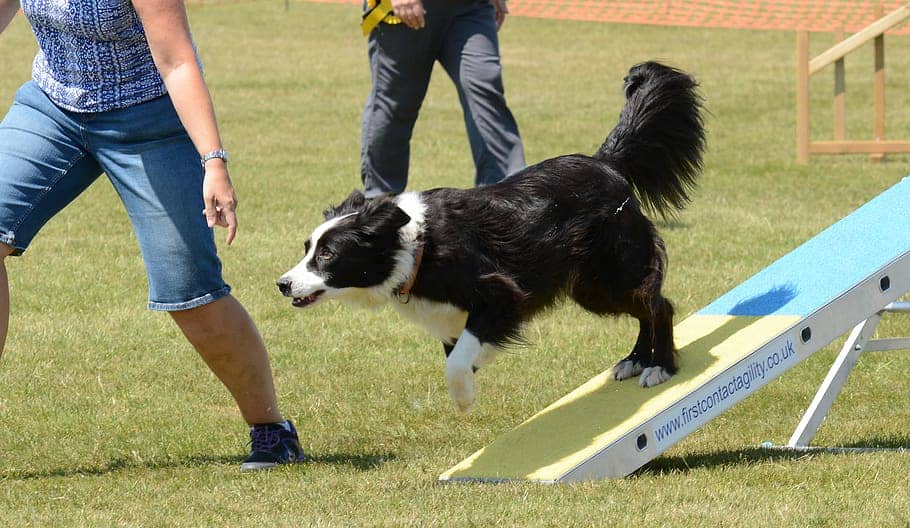 The body temperature rises to 41 F° during collapse. However, this rise in temperature is comparable to what is seen in a healthy dog during intense physical exercise. In an affected dog, however, the temperature would take longer to return to normal than in a healthy dog, but a recent study calls this into question. In any event, this rise in temperature is probably the cause of the rare deaths observed and it is assumed that the dogs concerned also have a physiological anomaly in the regulation of their body temperature. This notion brings us back to another extremely serious neuromuscular pathology, malignant hyperthermia.

It seems that the ambient temperature cannot be pointed as a trigger. However, if the dog works in higher ambient temperatures than he is used to, the onset of collapse may be accelerated. Likewise, it has been found that affected dogs very rarely collapse while working in water, with the vast majority of accidents occurring on land.

Dog’s degree of excitement during the exercise

The dog’s level of excitement undeniably plays a promoting role. When the dog is extremely excited, or if he is stressed, the onset of collapse is accelerated. In experiments, researchers have observed that dogs wearing an electronic collar were stressed, not only the electric shock itself, but also by the mental anticipation of a possible electric shock and both factors were recognized as EIC triggers. 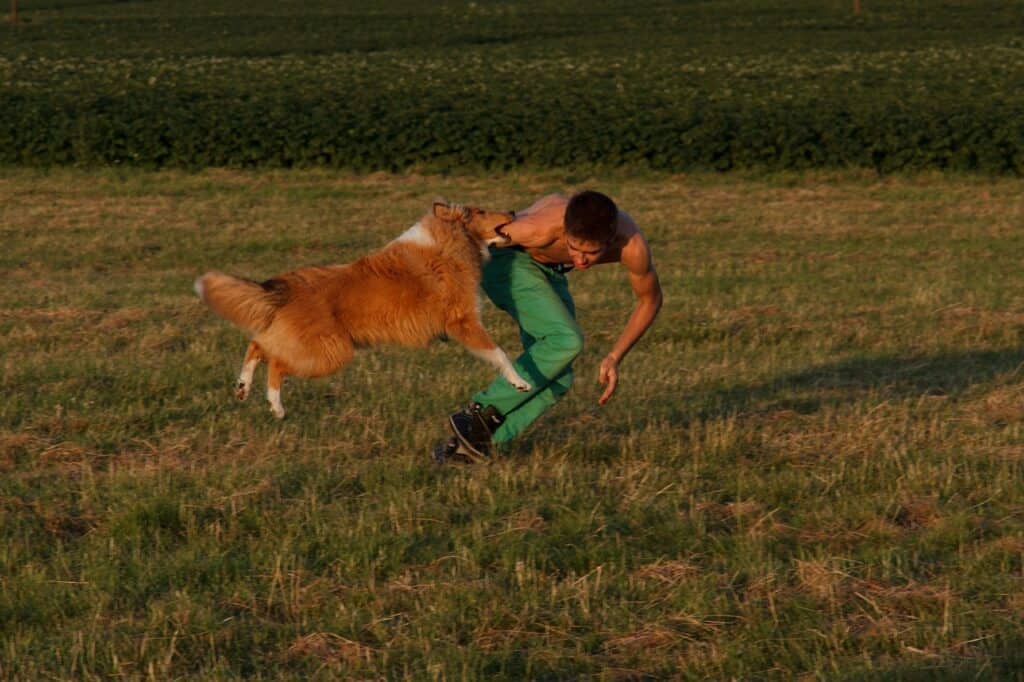 This is another facilitating factor found in the scientific literature. It cites instances where the dog is subjected to incessant course corrections during the exercises and this was clearly found to cause EIC.

To date, there is no effective treatment to treat this disease although many molecules have been tested but without success. The only treatment is preventive, meaning that these dogs should not be subjected to any strenuous exercise and will be condemned to live a quiet life as a companion dog.

EIC is a genetic disease

The long suspected hereditary character was confirmed in 2007 and the offending gene identified. Since October 2008, a genetic screening test has been marketed and made available to breeders. The incriminated gene is called DNM1. The mode of inheritance is autosomal recessive, in scientific terms. 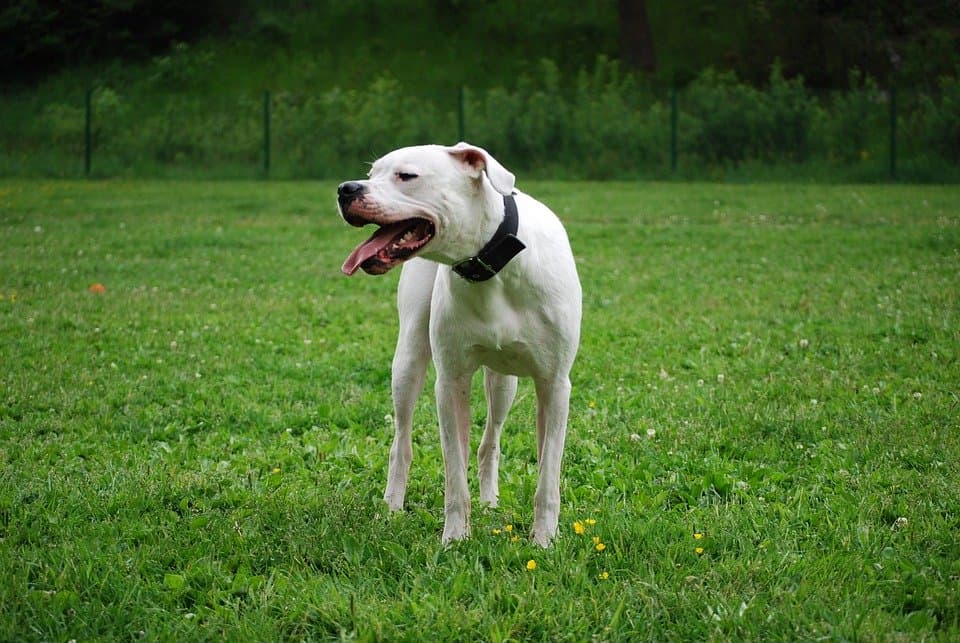 Let’s briefly discuss how a genetic disease works. Each gene is present in duplicate in the cells of an animal, we speak of a pair of alleles, one is inherited from the father and the other from the mother. When the two alleles are the same, said the individual is homozygous for that gene. When the two alleles are different, said to be heterozygous and in this case, the two alleles do not have the same “weight” in terms of genetic transmission. One of the alleles is said to be dominant and the other recessive. The recessive allele will always be “smothered” by the dominant allele and the traits for which it codes will not be visible in the animal.

Ouf! That was rather heavy! But hopefully you get a better understanding of an animal’s genetics.

Other causes of exercise intolerance in dogs

Not all clinical signs of collapse during physical exercise indicate EIC. Other pathologies may be responsible for symptoms similar to EIC such as orthopedic injuries, hypoglycemia, stenosis of the lumbosacral canal, myasthenia gravis and heart disease. In this last group we will mainly mention the aortic valve damage and cardiac rhythm disturbances.

These conditions should be looked for in the case of exercise intolerance in dogs, tested or untested, for which the mutated homozygote status is eliminated. 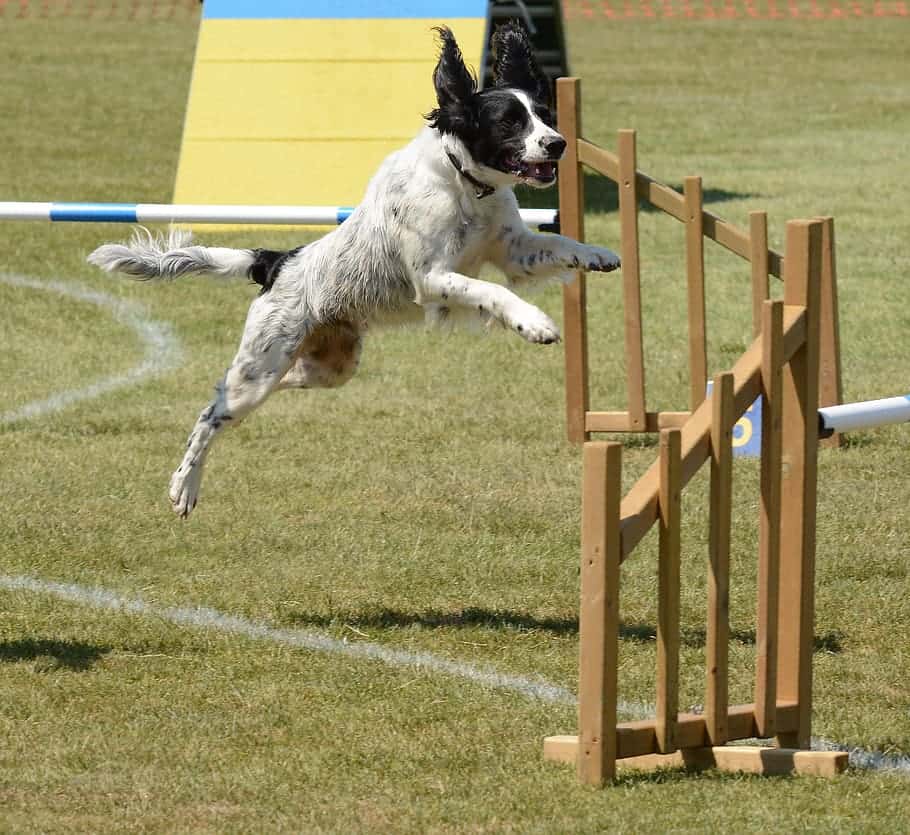 Final word: Should you test your dog(s)?

Faced with the increasingly wide range of genetic tests offered by laboratories, the breeder’s choices are becoming difficult, especially in view of the costs of these tests. However, it appears that the following groups, as a minimum, should be tested: