Esophageal cancer in dogs is rarely observed but, when so, it is malignant and metastatic. It is most often due to metastases of thyroid tumors or tumors of the base of the dog’s heart.

Esophageal tumors in dogs result in swallowing difficulties with regurgitation, breathing difficulties associated with “aspiration”, accompanied by “false routes”, that is to say that some food is accidentally absorbed through the respiratory tract.

Unfortunately, an Esophageal cancer in dogs is often times diagnosed too late, which limits treatment options and leads to a generally poor prognosis. 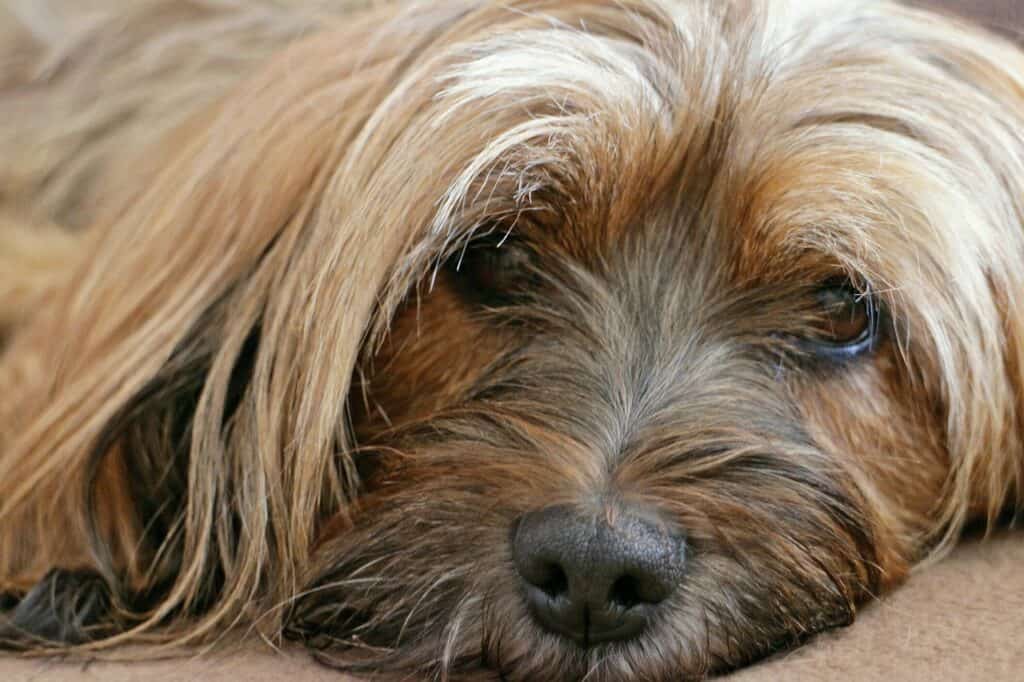 Esophageal tumors are very rare in dogs but often malignant with frequent metastases. They may be associated with spirocerciasis, a disease caused by a parasite found in tropical areas: Spirocerca lupi.

Unfortunately, after diagnosis of an esophageal tumor in dogs by the veterinarian, treatment is rarely possible. Megaesophagus is a related pathology often times confused with esophageal cancer in dogs but is not similar at all. Megaesophagus related is a fairly rare health disorder in dogs, which is characterized by a defect in the esophagus causing great difficulty in feeding. Usually of congenital origin, the dog’s megaesophagus is a serious pathology, and it is not uncommon to have to euthanize a puppy who has it. But in general, it can be treated effectively although it will require lifelong care.

Understanding the megaesophagus in dogs

Megaesophagus is an innate or acquired health disorder characterized by a dilation and contraction of the esophagus and generally results in weight loss and the appearance of nutritional deficiencies, and can unfortunately be deadly, if not treated in a timely fashion. But most dogs have excellent odds of survival and recovery provided they receive the necessary care for their condition. 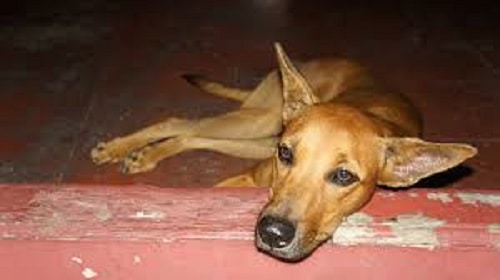 An animal with this disorder will have difficulties to swallow saliva and water and food intake will be problematic as it will get trapped in the esophagus rather than flowing through the stomach.

As a result, the dog will regularly suffer from regurgitation and will suffer from nutritional deficiencies and complications (such as bronchopneumonia). If left untreated, a dog’s condition will quickly deteriorate. Megaesophagus can be generalized (it affects the entire esophagus) or segmental (it affects only part of it). The generalized forms are the most serious.

Causes of megaesophagus in dogs

Depending on the situation, megaesophagus in dogs can be acquired or is congenital. Acquired megaesophagus can be observed at any time in a dog’s life and causes are quite varied, such as tumor, poisoning, muscular disorder, nervous system dysfunction, esophagitis, etc.

The scientific and veterinary community often times refer to idiopathic megaesophagus, in cases where the exact cause(s) cannot be identified, particularly in older dogs. 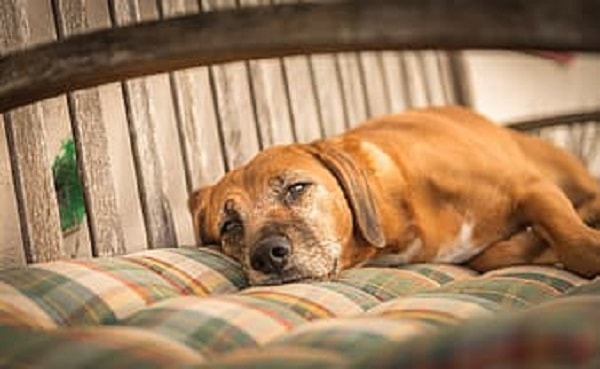 That being said, there are dog breeds that are known to experience the congenital pathology. The most common examples are the German Shepherd, the Labrador retriever, the Newfoundland, the Shar-Pei and the Irish Setter.

It is impossible for the owner not to notice a megaesophagus in the dog, because the disease leads conditions that are easily noticeable such as regurgitation and vomiting, important weight loss, significant salivation and apathy. When the disorder is congenital, it appears in the puppy as soon as it’s diet is changed from liquid to solid food.

Megaesophagus generally causes regurgitation more so than vomiting. This means that the dog spits out chewed, but undigested kibble.

Treatment of megaesophagus in dogs

If your dog suffers from the symptoms mentioned above, it is essential to consult a veterinarian as soon as possible. Without rapid treatment, the dog will indeed lose weight and suffer from progressive wasting, due to deficiencies or complications. The most serious of these being bronchopneumonia, an inflammation of the bronchi and alveoli in the lungs, caused by false swallowing. 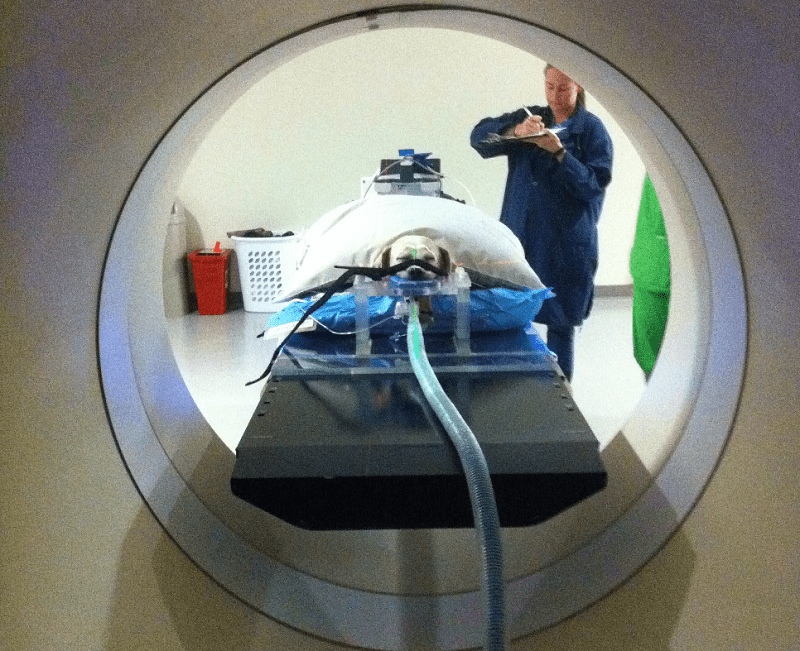 If the veterinarian suspects a megaesophagus, he may initiate additional examinations to confirm the diagnosis: a chest x-ray, sometimes used with a contrast product, which generally makes it possible to identify this pathology and which can be supplemented by fluoroscopy. Other tests can be done to understand the cause of a megaesophagus, if necessary.

What treatment for a dog with megaesophagus?

When the megaesophagus is not idiopathic (that is, when its cause is identified), it can sometimes be treated with surgery or drugs. This can be the case, for example, if it is triggered by a tumor, disease or foreign body.

In contrast, idiopathic or congenital megaesophagus can rarely be treated. The dog will therefore be forced to live with this disease all his life. Various hygienic precautions must then be taken to support the animal’s quality of life:

In puppies, the prognosis is quite bleak, since such a pathology can lead to significant growth problems. In adult dogs, a megaesophagus that cannot be treated requires precautions for life. Depending on the case, the dog can adapt very well to this pathology, or its condition will gradually deteriorate. 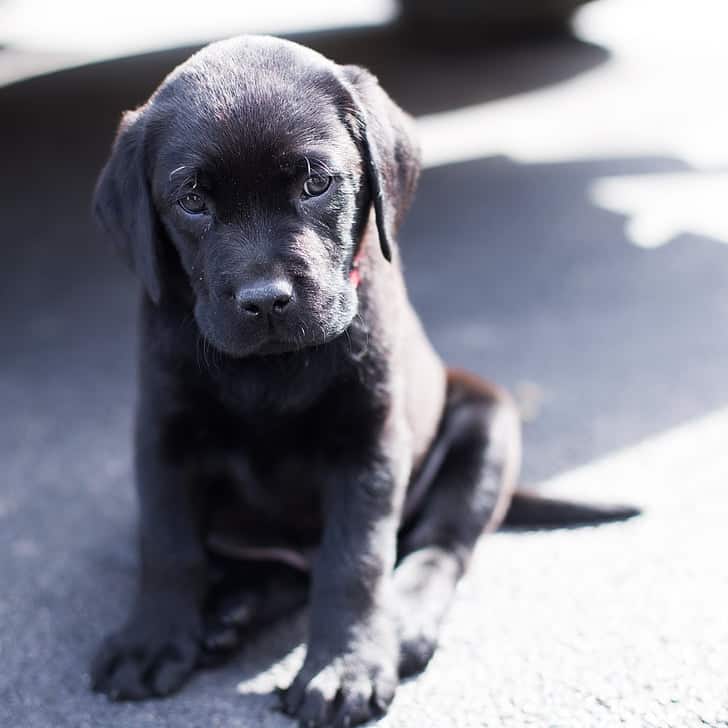 The main risks of complications are inflammation of the esophagus and bronchopneumonia, which can affect the dog’s quality of life. A regular veterinary follow-up will be necessary anyway to avoid these complications. This is the early interpretation of the symptoms can point in an esophageal cancer in dogs.

Dog euthanasia is unfortunately an option that cannot be ruled out for the most serious cases.

1 thought on “Esophageal cancer in dogs is very rare”