What are some dog toy sounds that your pup absolutely can’t get enough of? What are some sounds that he or she despises or fears, and why? Why do these noises have the particular effect they do?

Can you imagine what type of sound or noise your dog loves to hear the most during playtime?

Have you ever wondered why dogs love that squeaking sound their toy makes so much? Is it because the squeak resembles a happy, cheerful human parent congratulating them, or constant enthusiastic praise?

Perhaps they love dog toy sounds that squeak so much because they resemble prey animals. Think about it for a second! 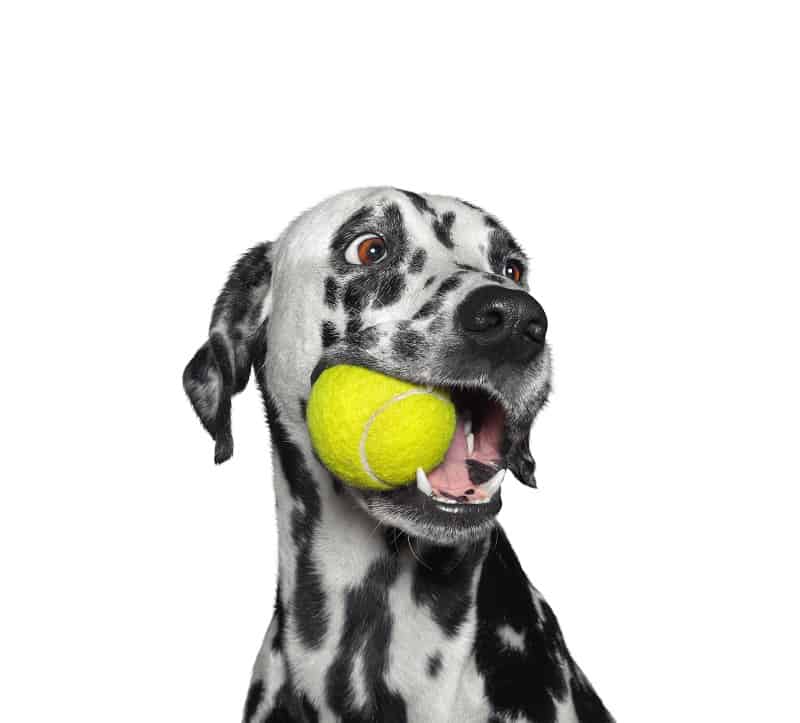 Dogs are predatory animals, and each of their main senses have evolved to augment their tracking and hunting prowess. The squeak of a bone toy also resembles the squeak of a small animal.

Cats love toys that dart around like injured prey. It may be gruesome to imagine, but that doesn’t make it any less true. So why not dogs? Have you ever asked yourself exactly why a dog likes playing games of tug so much, and how this resembles natural hunting activities?

If you were to ask a professional behaviorist, he or she would probably tell you dogs love squeak toys because they help to satisfy their natural prey drives.

Why Do Dogs Chew Out the Squeaker?

After all is said, dogs are predatory animals. It may not be fun to think about, but wild wolves will sort of tear at an animal until it succumbs. Dogs likely inherited this instinctive ambition from their ancestors!

With the vast majority of dogs, obsessing over removing that squeaker is going to be due to age-old prey drives.

Then there is the instant gratification a dog would get from completing that “puzzle” and winning the prize in the middle! Have you considered purchasing a squeaker bone or ball from your local grocery store?

What should you do if your dog chews out that squeaker? Make sure you take it away from your pup! Most dog squeakers are made of hard plastic and you don’t want little Max swallowing it.

What is a Dog’s Prey Drive?

A prey drive is exactly what it sounds like, though it can be a little more complex. A prey drive is essentially a dog’s motivation to perform hunting-related tasks or activities. Many dogs were bred specifically to enhance their prey drives, like small game hunting dogs. 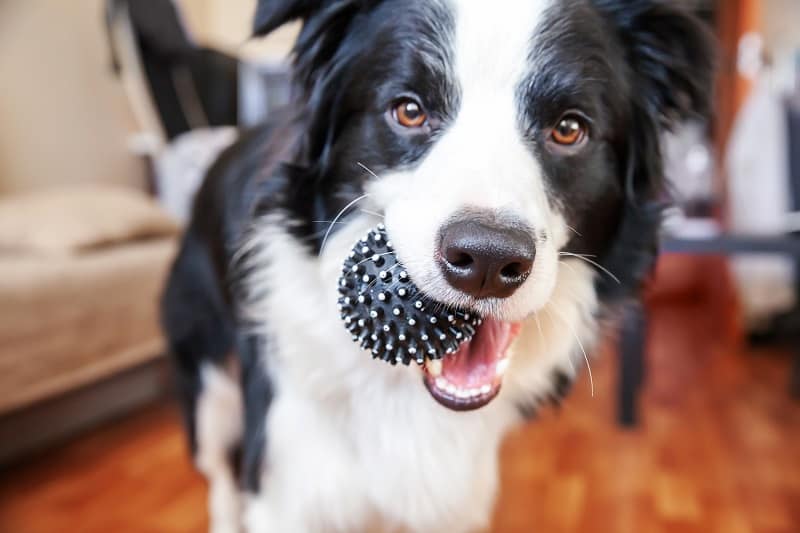 What to Do If Your Dog Fears Squeaky Toys

Your dog shouldn’t automatically fear the squeaky toy or squeaky sound. If the little one is petrified of the noise, you first want to ask yourself why. What is causing such intense fear?

Your dog probably associates some sort of unpleasant experience with the sound. Some dogs with less of a play or prey drive might also find the sound unsettling.

Have you tried locating a toy with a quieter or softer squeak?

You’ll need to counter condition (change the conditioning to the opposite) by desensitizing (getting your dog used to) the sound he is afraid of. Move slowly and use plenty of praise as well as treat rewards!

The goal is to combine the sound your dog is currently afraid of (the squeak) with something he desires enough to endure that fear (the rewards).

The whistle is another high pitched play sound that our dogs might love! Imagine the hunting whistle and what it might mean to a hunting dog, or the whistle that indicates play is coming. In a way, it is really the meaning this whistle holds for the dog more than the whistle itself he loves.

High pitched sounds (not too high) tend to attract attention and make dogs happy! We use a higher-pitched tone of voice when we praise our dogs, and they often relate this to excitement. 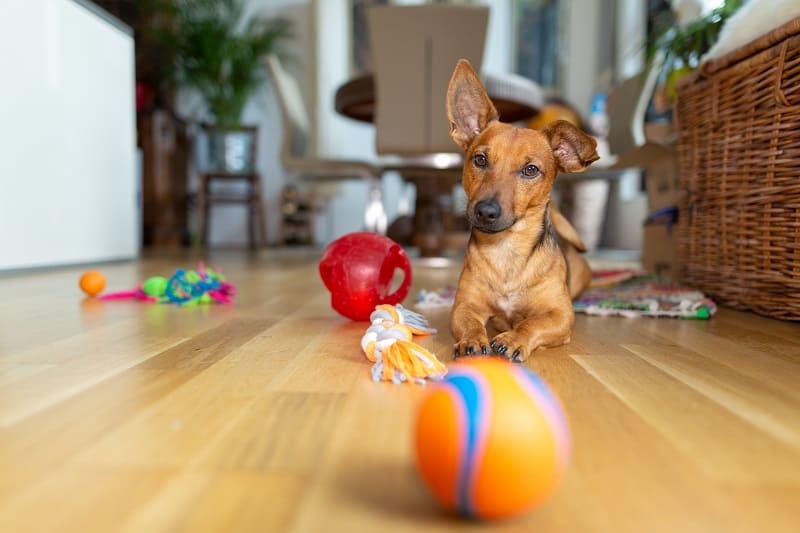 What dog toy sounds are feared or hated? What sounds absolutely drive our dogs up a wall?

You always want to avoid anything that might frighten or startle your dog. Is the toy sound so loud, it is scary? Does your dog associate this sound with something unpleasant? Dogs will often form associations, just like humans do, with objects.

Most dog toy sounds don’t resemble fireworks, or any loud bang, but that would certainly be up there with the all-time most hated sounds ever!

What is a Noise Phobia?

A “noise phobia” is an abnormal, extreme reaction to a particular sound or sounds. Common examples could be thunder and/or fireworks, but these can develop around any noise your dog finds particularly distasteful.

How do noise phobias develop?

These usually stem from environmental factors or past trauma. Puppies that are poorly socialized can develop these later in life. In other words, puppies never exposed to these sounds when young, in a controlled, happy environment, might fear them later.

Your dog might associate a sound with a particularly disliked or traumatic event. A dog left home, already suffering from separation anxiety, might develop an extreme response to that chirping alarm that just happens to go off, for example.

We covered this in the first portion of our article. Most dogs love a toy’s squeak because it resembles prey and stimulates that prey drive! 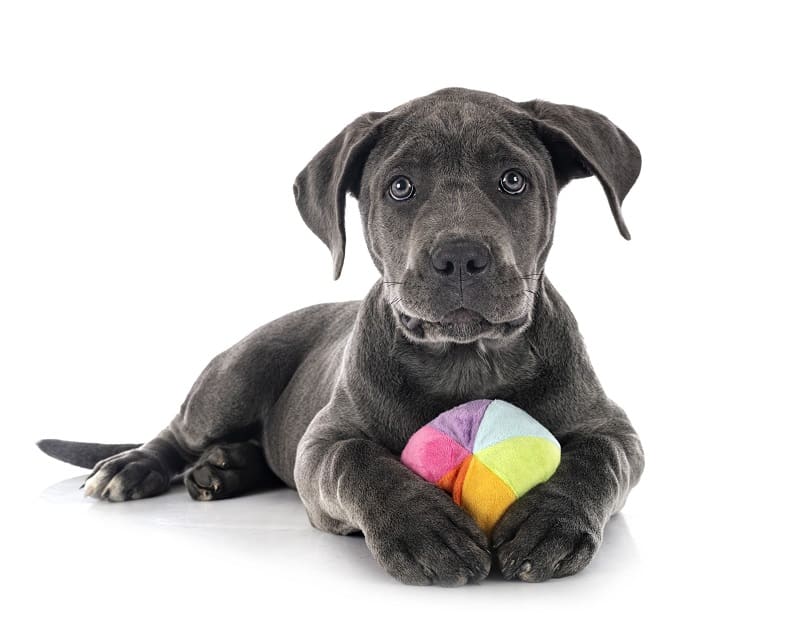 Imagine the sound a Nerf Football makes as it sails through the air, whistling through the wind! Dogs love to chase objects, and dogs bred for retrieval would especially love this. Some retrieval type breeds include:

Can you imagine the sound a tennis ball makes as it hits the water? Many dogs, especially those bred to swim, love hearing this sound!

Do you have any dog toys at home that can float? Does your pup love to swim out and grab them?

Sometimes “bouncy” balls will have exaggerated bounce noises, or your dog might hear this sound from the television. Is this a special sound your squeaker toy makes, instead of the regular squeak?

This is a unique kind of sound for one particular type of toy (Wobble Giggle Ball Toy). This toy is made to emit something between an underwater bubble sound and stepping in a puddle. Some dogs love this curious little device because it makes noise when they push it along with their nose (like an animal), while others find it unsettling and don’t enjoy it.

Dog Toy Sounds that are Educational

What does it mean for a dog toy sound to be educational in the first place? How can a sound teach a lesson?

These sounds usually indicate something is coming and are often used during some sort of dog training session. In other words, a professional would call them markers.

The “click” or a dog clicker is a perfect example! Most trainers use the dog clicker to mark when a desired behavior has been accomplished. The “click” tells the dog he did something right, and a treat reward is coming!

Clickers were actually first used to train marine animals and are extremely useful as a marking method.

Imagine it takes you about 4-5 seconds to reach into your pocket and pull out a reward for your dog. You want to reward the behavior just completed, but because it has taken so long to grab a treat, your dog completed a whole new behavior!

Now he’s confused. Which are you rewarding him for?

It may take a few seconds to reach into your pocket and grab a treat, but it takes only a mere fraction of a second to push a button! There is absolutely no room for another behavior to occur. 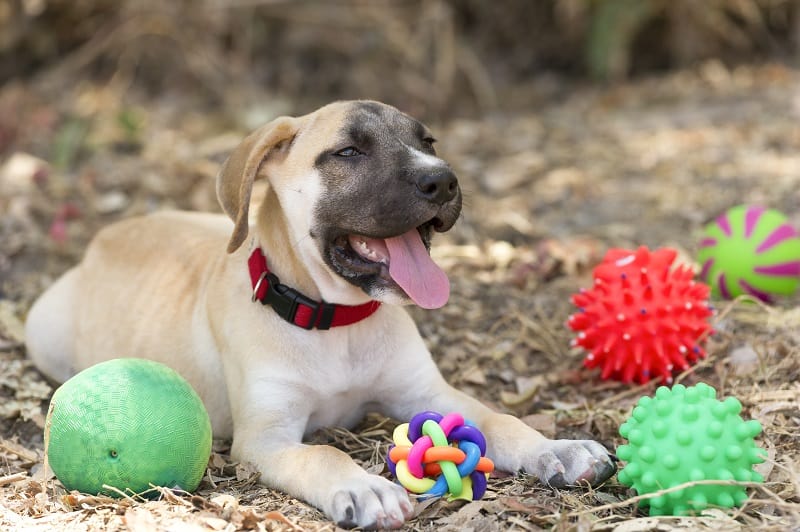 The potty bell is another educational training sound we often use. Your dog noses/brushes the bell, it dings, and this tells you he is ready to go outside. Your pup has learned to associate this sound with outside “potty”’ time!

What is a Marker?

In dog training terms, a “marker” is used to mark different types of behavior. You’ll mark the behavior with some type of sound, letting your dog know what he did was correct. Most markers are usually followed with a reinforcer, like praise or a treat.

Dog toys sounds can be fun and attractive for your canaine friend but some may create fear and anxiety. Try different toys and watch how your dog reacts to the different sounds. This is a trial and error process as dogs don’t react the same way.