The sociable nature of the dog is a point often put forward. Indeed, thanks to good dog social behavior traits and an innate capacity of learning, this domestic animal can maintain excellent relations with the man.

We say we are in the presence of a social species when its members:

This organization can take a variety of forms specific to each species. There is nothing comparable, for example, between the ant and the wolf or the lion and the hyena. With respect to dogs, we know they will not be able to form a pack with humans, not being of the same species and not having the same codes of communication.

The concept of behavior

A behavior is defined as the set of actions and reactions of an individual in a given situation. It can vary considerably according to each one, his experience, the environment, his emotional and physiological state of the moment. It can be innate or acquired, conscious or unconscious, voluntary or involuntary, automatic or controlled. 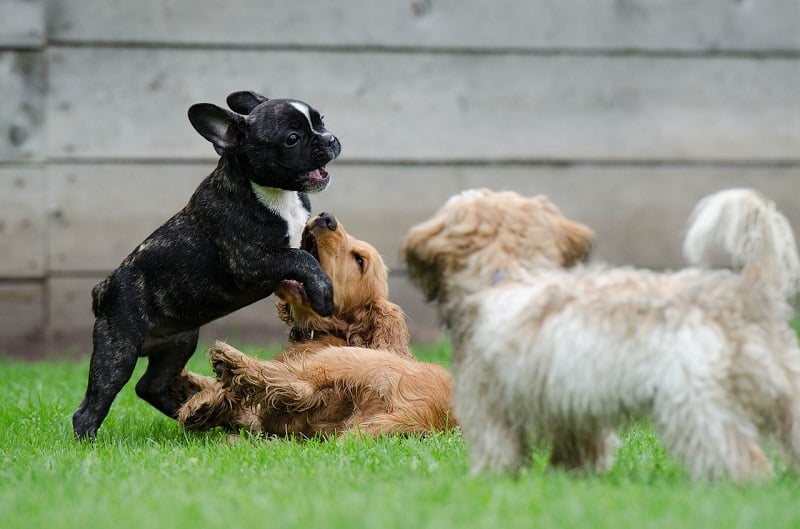 But, for a social group to be able to constitute itself, live and develop, it needs common codes, understood and accepted by all, that is to say social behaviors.

What are the common dog social behavior traits?

Generally speaking, social behaviors are the codification of certain behaviors in order to promote communication, exchanges, cohesion and survival of the group (reproduction, hunting, education and defense of young people). They can be based on a strict hierarchy (hyena), a caste hierarchy (ants), a friendly relationship (bonobos), etc. What sets them apart are above all the rituals.

The purpose of rituals is to decrease, if not prevent, the ambiguity of a relationship and to reduce tensions. They are even an effective method of conflict resolution. They are often presented as dominance/submission signals whereas they are mostly question / answer (communication) signals. In the wolf, the rituals are not based on hierarchical submission, but on a pacifying and educational role of the elders vis-à-vis the younger ones.

Some scientists do not hesitate to think that the wolf society would be the most advanced after that of man, in particular because of the observation of frequent altruistic behavior (for the benefit of others and not for oneself).

Thus, many submissive behaviors are above all appeasement behaviors that promote the avoidance of conflicts. This translates in one putting an end to his threatening attitude according to criteria which are relatively unknown to us, but widely observed. 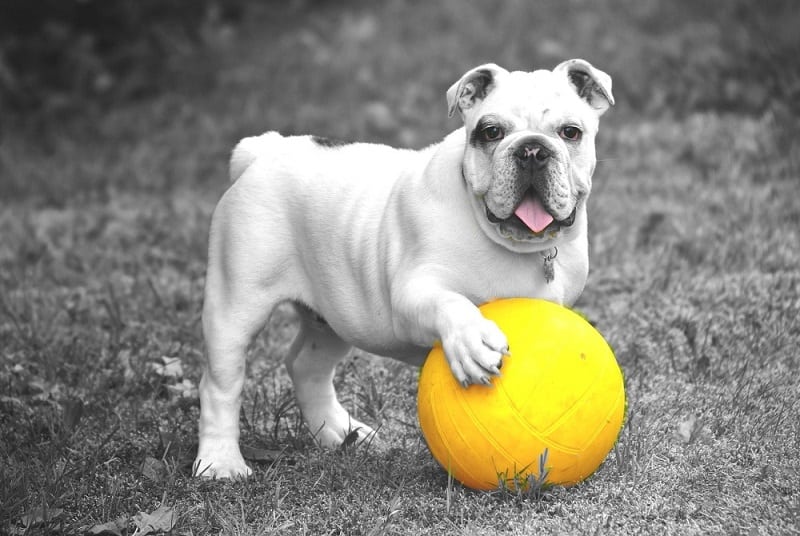 Appeasement is not the submission of one animal to another. It is a complex form of communication, not well known, but very effective. This behavior is generally reciprocal, that is to say that the subject who “gives in” first provokes appeasement behavior in his opponent. It is this reciprocity that allows the end of the conflict.

Any confrontational or submissive behavior should be concluded with calming behavior in return, especially on our part. You could say that this type of behavior is above all a mark of mutual respect. This is the sign of a very evolved and peaceful social organization, which is undoubtedly the case of the wolf (within a pack of course).

This social behavior allows wolves to never need to resort to brute force, much less the bite that would decimate the pack. Moreover, within it, injuries are almost non-existent, because the very first thing taught is bite inhibition.

The wolf being blessed with a particularly formidable jaw, the bites, if not perfectly controlled, would be lethal almost every time. It is through rituals and appeasement that conflicts are resolved, peacefully one might say. The mere fact of the appearance of the Alpha Wolf (leader), without even a threat from him, is often enough to calm the agitated who signify it by adopting respectful postures. It is a whole learning process, from birth, which allows the Cub to integrate the codes of the pack in order to promote cohesion and survival leading to one outcome, socialization. 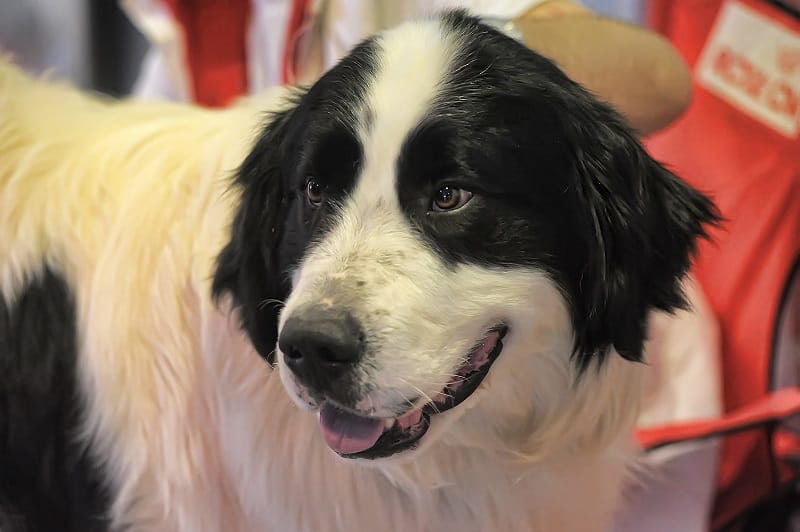 Socialization begins very early in the dog’s life. Probably, from gestation, it manifests itself through the biological and sound signals received by the fetus. After giving birth, behavioral socialization really begins in the fourth week of the puppy’s life. Then, it is during the 4 following weeks that the socialization takes shape, even if the learning itself lasts several more months.

According to a study conducted by biologist Kathryn Lord, A Comparison of the Sensory Development of Wolves and Dogs, during this period (between 4 and 8 weeks), it would take only 90 minutes to be able to establish a reliable and lasting social relationship between dogs and humans, even with other species and even objects (car, bicycle, vacuum cleaner, etc.).

If we already wanted to obtain maximum and reliable socialization of the dog towards its congeners, it would be necessary to promote as often as possible, at least until adulthood the following conditions: 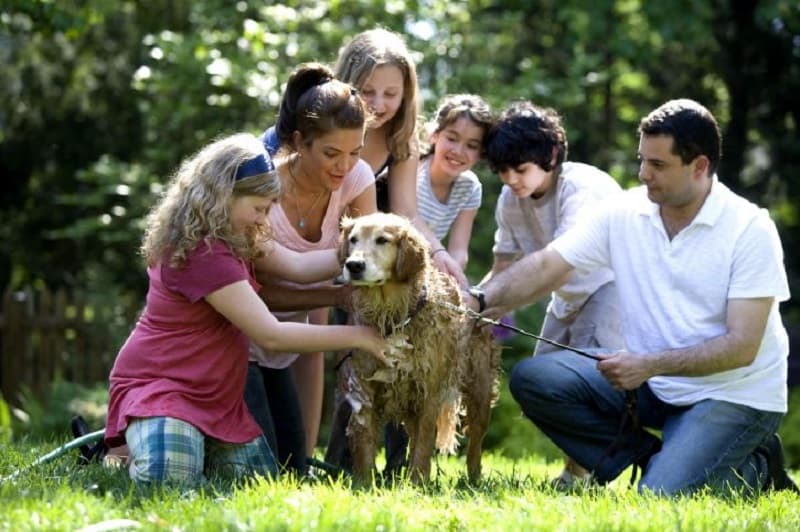 There can be no better educators for a dog than other dogs and bitches. Wanting to intervene too early, especially between dogs, before social development process is fully completed, will become a cause for desocialization. Thus, this socialization between the members of a species will have a considerable influence on the general relations between dogs, but also with humans.

The degree of socialization of a dog to humans is very often measured in relation to its degree of obedience, or even submission to the latter. This is not the case at all. Does one say that a sociable person is a submissive, obedient person? However, most people recognize that the dog is a great communicator. He knows how to make himself understood or at least tries.

On the other hand, do we understand the dog? And are we trying to make ourselves understood by him in a way that he can understand? Yet what sets the dog apart from any other animal is a unique, unmatched, innate characteristic which is the double imprint, an extraordinary ability allowing him to make sense of our own behaviors while learning to behave.

The double imprint is a natural capacity to behave in one way with its congeners and another with men, resulting directly from domestication and its natural sense of socialization. The dog must therefore be able to naturally acquire the codes of the two species. This explains the importance of letting them learn canine codes without human intervention in order to develop their social sense they can then easily transpose to their relationship with humans (bite inhibition, avoidance of conflicts, etc.). It is mainly by observation that the dog will be able to give meaning to our emotions and ritualize a relationship. 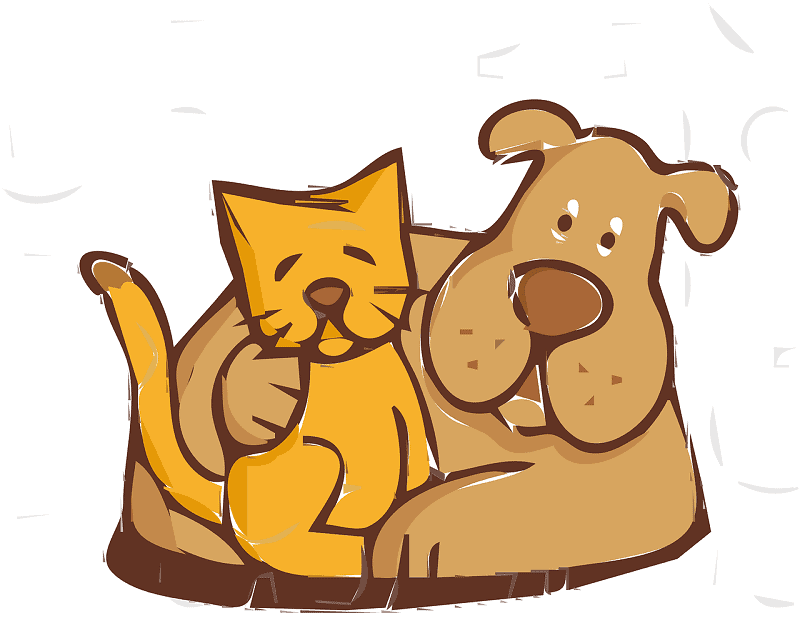 Give meaning to our emotions

The observation of our emotional reactions will be essential for the dog to know how to behave in a similar situation. If we are calm in one case, the dog will be calm too, if we feel fear in another, the dog will say to himself that he must also feel it.

This is the best way for him to know that such and such a thing is going to happen or not. The dog is very good at identifying human signals and behaviors that can benefit him. There is nothing to teach him, he learns on his own and with incredible speed, but not always in the way one expects or hopes. Ritualizing everyday behavior is therefore an excellent way to establish reliable and effective communication, more than any conditioning would.

When and how to properly socialize your dog?

Socialization is essential to the dog and his strong mimetic capacity (double imprint) will help him develop his sociable character at several stages of his life. Therefore, dog social behavior traits will be forged from week 4 to adulthood.

In terms of socialization, the process generally starts in the fourth week of a dog’s life and the breeder carries a big responsibility because the virtues of professional and family breeding are roughly equivalent. 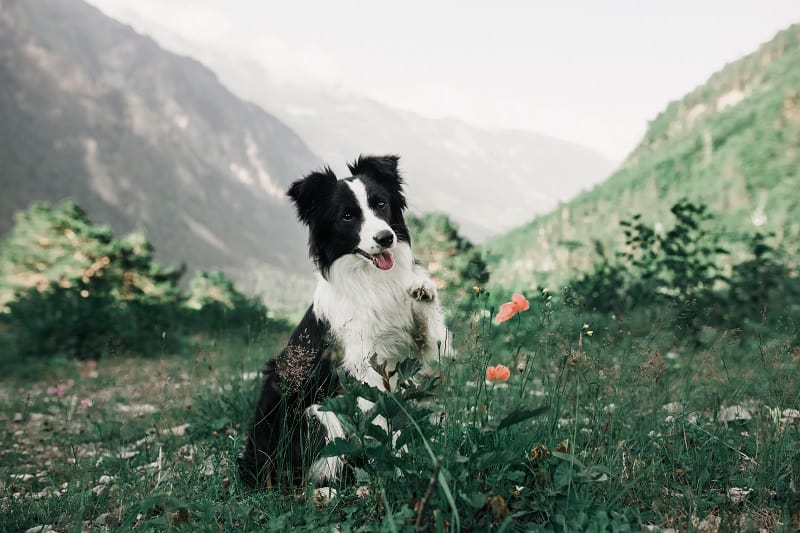 There are 2 types of factors that help socialization. Of course, sounds, smells, movements, the presence of other animal species will accustom the puppy to the human environment. But, what will really facilitate his adaptation will be the signals that his mother will send him, because it is she and she alone who “judges” what is good or not for her child. Thus, quality interaction between the breeder and the bitch and her puppies is essential.

If the mother is worried about the behavior of the breeder she will communicate it to her little ones who may develop mistrust of humans. On the other hand, everything that the bitch transmits to them that is “positive” will be integrated into the puppy for life. If it allows them to go to humans and others, without restriction, then the game is won. The relationship with the bitch is the key to socializing the puppy.

Going forward, the most important thing will be to be able to continue the development of the dog’s social sense by providing maximum exposure to congeners and humans. The best approach is to allow the puppy to observe our behavior and react to it naturally. It will generally suffice to promoting desired behaviors while staying away from bad ones.

Be careful, here, we are talking about socialization only. Another point to consider from an educational perspective is to establish reliable and more sophisticated communication.

A dog is able to learn from us throughout his life. As soon as a dog shows the desire to communicate, he will propose behaviors on his own. Quite simply, he will express his desire to integrate or will signal integration difficulties (misunderstandings, for example), and conditioning (obedience) will rarely be the best solution.