A dog eating hair, grass, bones, ropes, shoelaces, handkerchiefs and wooden branches is not uncommon. Does he also eat paper, plastic, pebbles, grass or wood. Does your dog compulsively eat anything and everything? What is the cause of this problem, what are the risks for your dog and how can you overcome it? This article will answer all questions and also discuss a curious phenomenon in pets, called “pica”.

Dog Eating Hair and Other Things: What is PICA?

This is the ingestion of abnormal inedible objects or substances. Pica can be a symptom of illness or pain. People think that a dog eating hair, grass or wood wants to vomit. But that’s not quite it. The dog may suffer from abdominal or stomach pain and will eat things to try to ease its discomfort. 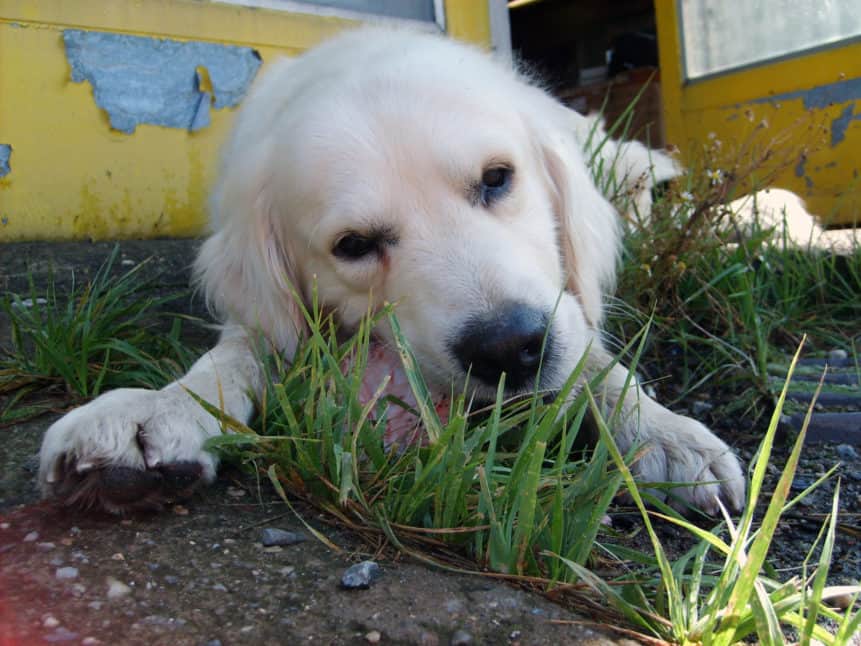 This will of course cause vomiting because of the irritation caused in the stomach by these foreign bodies. It can create temporary relief and be perceived by the dog as beneficial but in some cases, the dog may have ingested toxic or harmful objects. Some dogs will eat handkerchiefs or lick walls abnormally. Pica can also be behavioral, due to boredom and anxiety. Stockings, panties, bathroom trash are more often swallowed because dogs are looking for strong scents from their owner!

Is pica common and dangerous?

Yes, there is frequent clinical evidence of dogs that have swallowed an excessive number of things and the veterinary is diagnosing symptoms of sore throat or stomach ache. It can be dangerous, because dogs are not going to be very selective in what they are going to swallow, such as ropes or laces which are “linear” objects that can easily find their way in the intestinal system and can end up wrapping around the intestines and sometimes cause very severe intestinal obstructions. 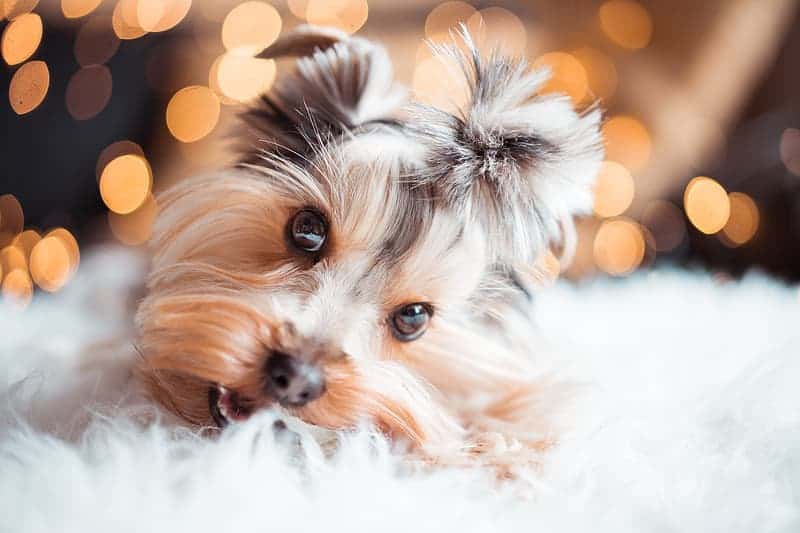 Many things like grass are harmless and pass very easily in the stool, but if objects are bulky and hard such as wood branches it can be a real problem which is compounded if he has eaten in large quantities. In such case, it is best to take an x-ray of the stomach and then induce vomiting. If it’s tissues or paper, it will degrade easily, if it’s more serious stuff, the condition of your dog could seriously deteriorate. In any case, call your vet or an emergency center who will advise on best course of action but keep this in mind: you must act quickly or you may run out of time because after three hours or so it will be too late to make the dog vomit.

The best way to make your dog vomit is to give him a solution made with 3% hydrogen peroxide or salt. The recommended mix is based on the weight of the animal, and you must make sure your dog is not poisoned with an excessive dose of salt poisoning!

Can a dog chew on a bone or wood just for fun?

Chewing on a bone or a piece of wood is normal. It is also good for the dog’s teeth to chew, but the owner must determine what object is most appropriate for his dog. Ideally, you never give real bones, which are too hard. They usually have very strong edges, and the dog’s jaw is not made for cutting a femur in half, as an example. The teeth will fracture before the bone! It is recommended to give things that are malleable and will dissolve well if swallowed or if they get stuck in the dog’s throat. As an example, leather bones slide easily into the esophagus and do not cause obstruction.

There are countless events reported by veterinarians who had to euthanize animals that had swallowed chicken, pork or lamb bones that had punctured the esophagus. 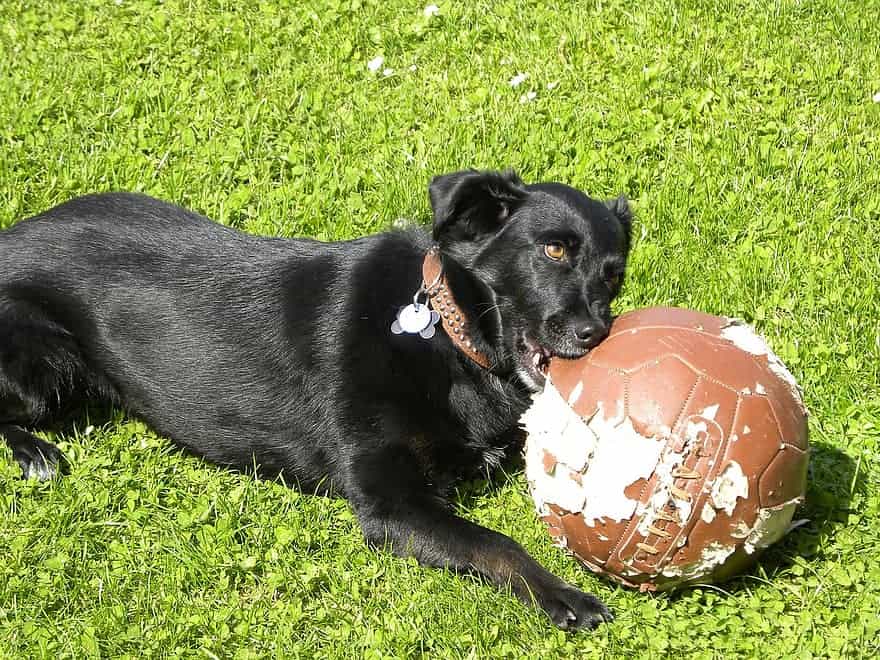 Are there any home remedies for an upset stomach?

If your dog ends up vomiting yellow bile (equivalent to gastric reflux in humans), it is advisable to spread the daily food intake into several small portions throughout the day. Alternatively, Pepcid for humans can be used for dogs that have heartburn associated with ingesting foreign objects to reduce acidity.

Why do some dogs eat feces?

The puppies will get probiotics by doing this and have a bacterial flora that is very healthy, equivalent to that of his brothers or his mother. It is not bad for the dog, but really disgusting and is not a symptom of a disease or some form of a deficiency. It’s rather behavioral. 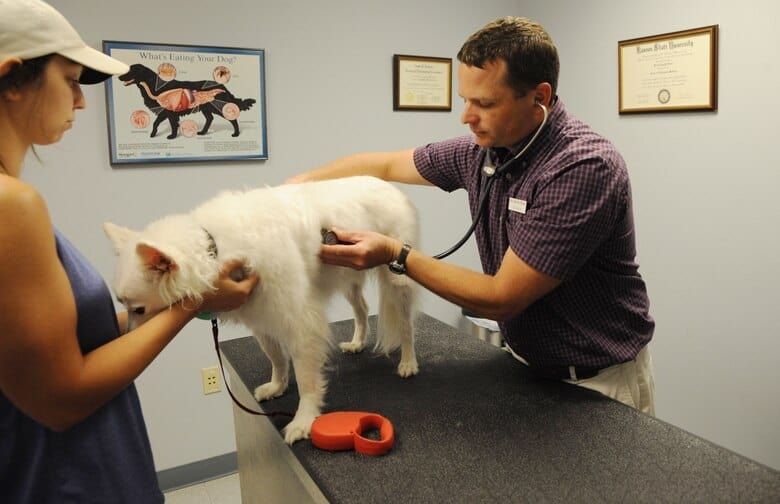 Can cats have pica?

Pica is a rare occurrence in cats. Rather, cats end up ingesting stuff when they play and they don’t have the ability to spit out what they put in their mouth. They have little hooks on their tongue and will swallow things easier. Unlike dogs, they don’t chew. Cats are great at throwing up, though! It is also part of their protection against their own hair when they groom themselves, in order to avoid blocking their intestines.

A dog eating hair, grass, wood and other foreign objects can develop into serious health issues and should be treated as quickly as possible as time is of the essence. As a dog owner, if you are prepared to deal with such situation and you know how to induce your dog to vomit, you put all chances of a healthy recovery on your side.