One of the most popular dog breeds in the 18th century, the English White Terrier was playful and energetic. These dogs loved to be cuddled and would do anything for a treat. They were also very intelligent, but this dog breed got extinct in the 20th century.

The dog was originally bred to hunt vermin such as rats or mice on farms. This small size dog would set his teeth into the animal’s neck so it couldn’t escape before their master killed them.

Here is our complete storey on this rare dog breed.

Origin of the English White Terrier

White terriers are a breed of dog that originated in the United Kingdom. They were first bred by hunters but then became popular house dogs because they are gentle.

The White Terrier as it is known to most people today, has a long history. The breed was used for hunting and killing vermin in England during medieval times before being bred with other dogs from Europe over time. By 1876 they were recognized by their official name of “English White Terrier” (or just “White” as a short name). 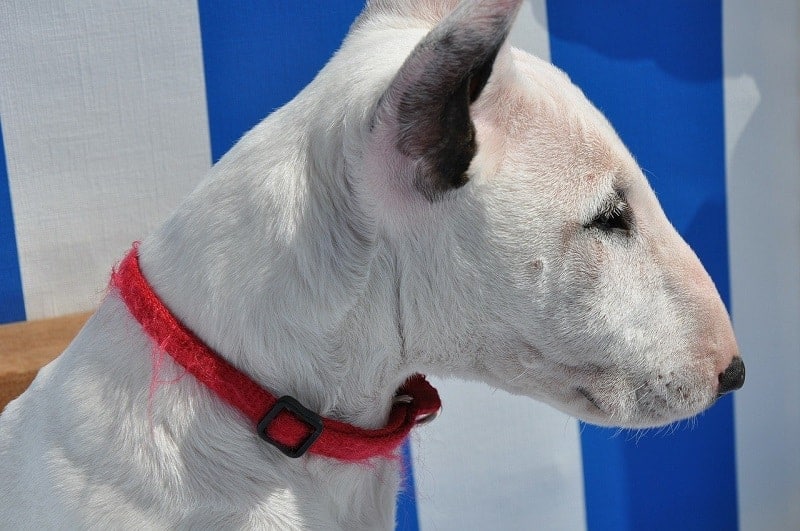 It is believed that the White Tterrier was bred from crossing a female Italian Greyhound with an English fox-hunting dog. This has been documented as early as 1700, and it became one of Britain’s most popular breeds in the 1860s.

How did they extinct?

In the early 20th century, the breed became extinct because of their health problems. These were mostly caused by Inbreeding, a term used to describe the mating of closely related individuals.

In dogs, this can cause health problems such as deafness and blindness. It increases homozygosity which creates recessive genes that are no longer masked by heterozygous alleles.

Another cause of their extinction is that the original breed had a nervous and anxious temperament. These factors caused the number in this particular line to decline, ultimately affecting their popularity. Despite these genetic problems, people continued the inbreeding of these dogs.

These problems created a spin-off effect with farmers who also started to look at other dog breeds, and hence the breed gradually extincted in the early 1900s.

The appearance of White Terriers was not known well for many years as there seem to be little official pictures taken of England’s purebred dogs. However, today we can see various types, including what they look like, thanks to photographs captured by individuals who have developed, from historical information, a love for them.

These dogs have short and smooth fur that is solid white on their head and ears. They also appear to have a pair of bright eyes that are brown or hazel colored, while their nose matches perfectly into dark-colored.

Some people think that the ears of this breed were fully erect, and some thought they dropped down. However, others believe that there was an intermediate between these two extremes. However, in all cases they are cropped into a triangular shape.

The White Terrier has a very nice temperament, which is great for families with children. The dog does not mind being handled and will frequently play if you take them outside or even in the house. They love to play more than anything because they can consistently keep active. 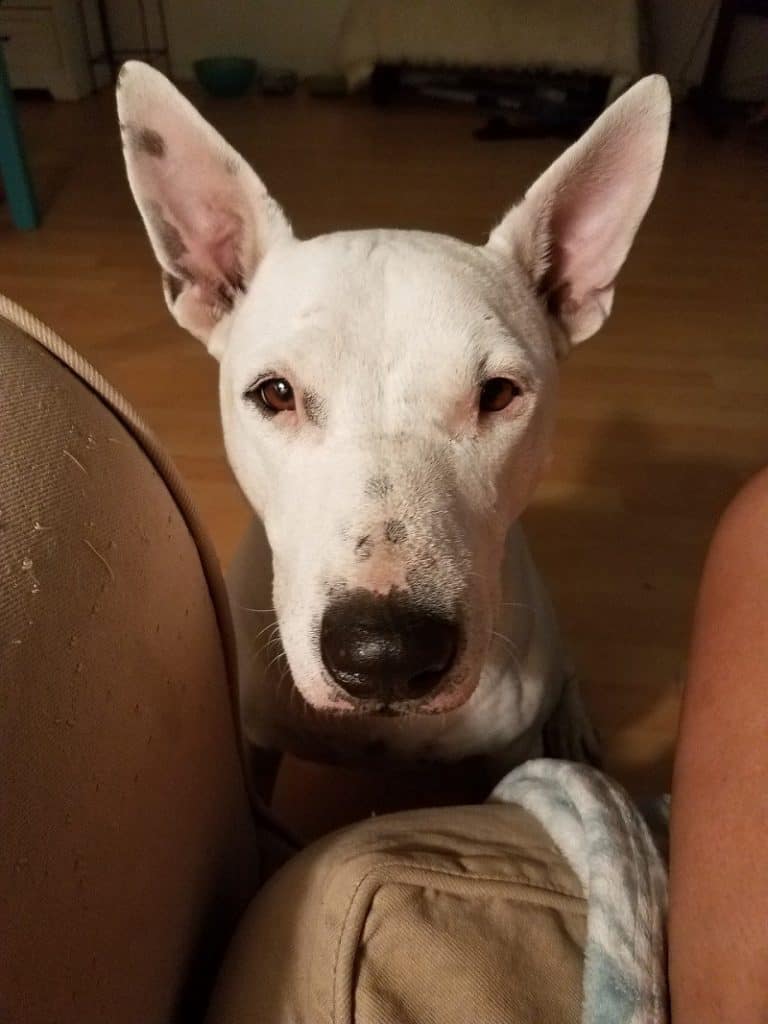 These dogs tend to show a little bit of aggressivity towards other dogs and humans when they are not being trained properly. The White Terrier is a type of dog that’s difficult to train because they lack the intelligence required for learning new skills. Another thing that made them difficult to train is the quality of their hearing and eyesight.

These dogs have little grooming needs except during shedding season, where brushing is needed twice weekly just so that there are no hair strands all over your.

Normally, these dogs are known for being very friendly and energetic, so it can be surprising that they also become anxious. However, there is likely more to the story on why these pups tend to grow uneasy around strangers or in new surroundings.

The dog preferred to be mostly an indoor companion. This is because they are smaller dogs and it was convenient for them to stay inside during winter months as their body is not that resistant to cold winter conditions.

English Whiter Terriers were also famous for their child-friendly nature, and they loved to play with kids and family members. They would sometimes just lay on children’s lap and enjoying the company. But as most of them have poor hearing, children had a hard time playing with these dogs but other other than that, they were perfect family dogs. 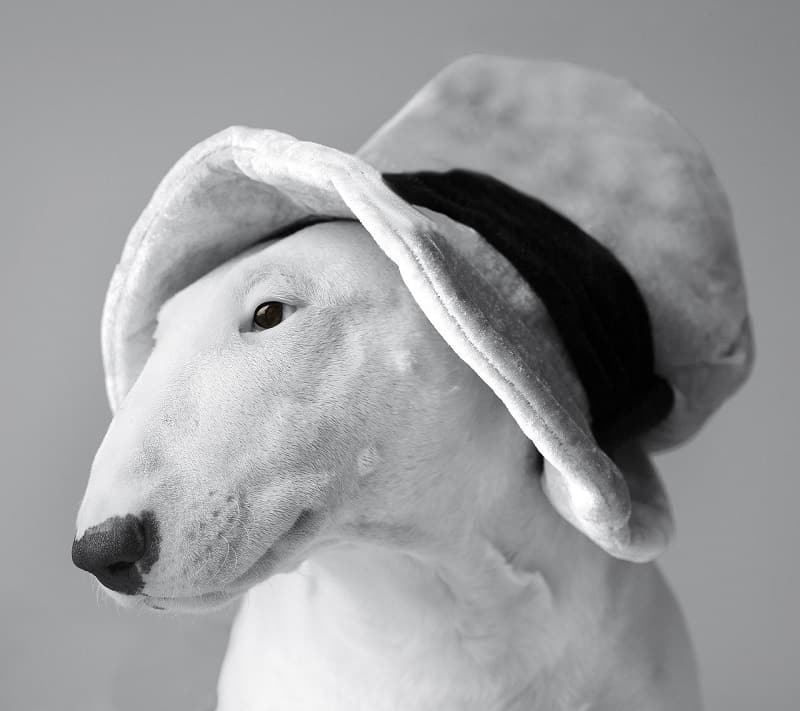 All dogs, including this breed, need a quality nutrition plan. White Terrier puppies need to be fed four times a day. Their meals are spread across breakfast, lunch, dinner, and snacks. Food portions needed to be adjusted according to dog age; puppies need more food than adults dogs.

An adult White Terrier needed to be fed twice a day with high-quality food.  Owners of that breed also made the dog had always access to water.

Exercise is important for all dogs, but this breed needed to get a minimal level of daily  exercise and normally was pretty short and sweet! A few daily walks for 15 minutes is all that was needed.

Since White Terriers were not so active, they needed to get out for some fresh air every day. This breed does not do well confined in an apartment all the time. These dogs love being outdoors where there is room to run around and play with other pets or people.

This dog can get aggressive when exposed to outdoor foreign environments. They are curious creatures by nature. However, their curiosity often leads them into dangerous situations  such as running into wild animals or simply getting lost away from home.

The White English Terrier was more prone to certain health issues than other breeds. As mentioned above, deafness and blindness are conditions common to this breed. 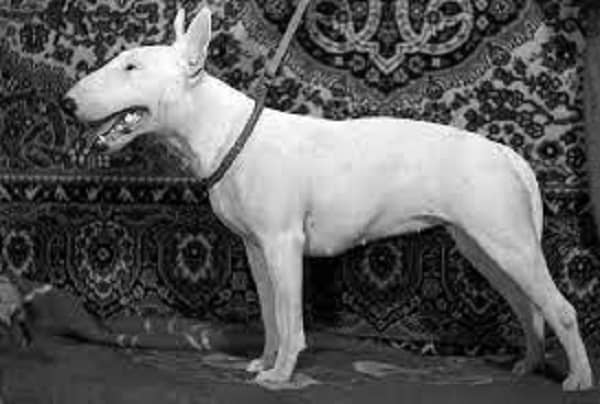 Other than inbreeding those conditions were caused by a genetic disorder called Usher syndrome, which creates a loss of hearing and eyesight over time.

Inbred Terriers tend to have higher rates of congenital conditions such as reduced fertility, and neurological disorders (epilepsy). They also present an increased risk of cancer related conditions compared to non-inbred counterparts.

This is because mutations are passed down from one generation after another, mating individuals who carry some combination of defective genes. The extinction of this dog breeds is certainly a result of that situation.

The breed was a small size dog weighing around 4 to 7 kg. Their normal height was around 10 to 15 inches.

White Terriers went through a heat cycle once every six months. After the females came into estrus, they were normally receptive to being bred by male dogs for about three days out of their cycle. There is not enough data about this, but it was believed that this breed produced 3 to 5 puppies per litter. 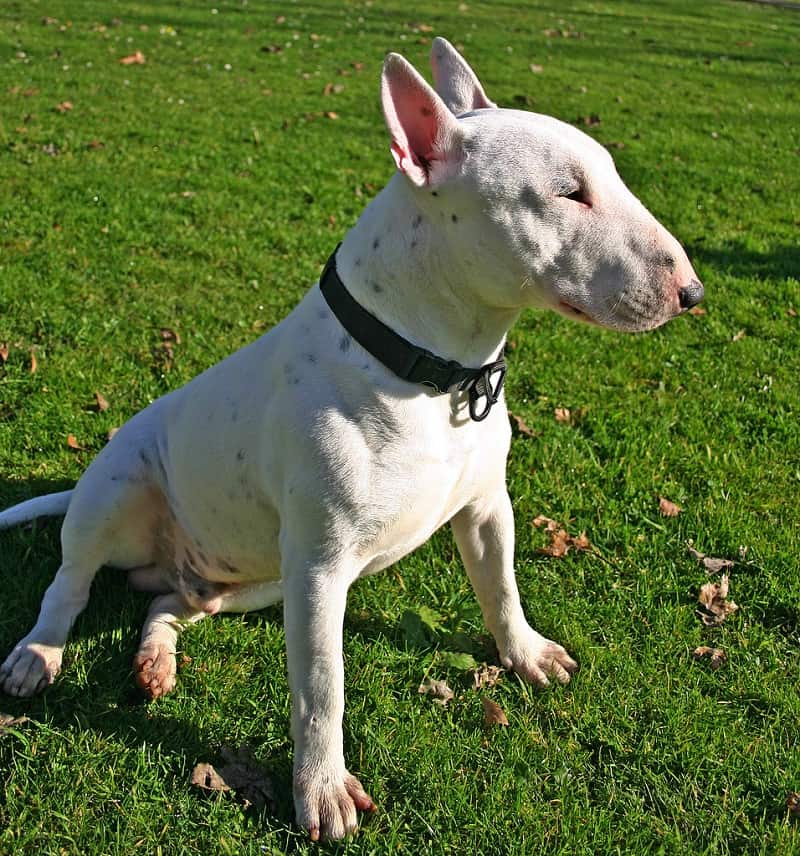 It is unclear how long the dog breed was typically living as there are no records of the life expectancy, but it was likely to be anywhere between 10–16 years.