The excessive and abnormal flow of tears is called “epiphora”. Chihuahua watery eyes can happen for various reasons, and it is necessary to detect the origin and to stop it as quickly as possible.

Several anomalies of the various components of the eye can be at the origin of epiphora.

Entropion is an abnormality of the upper or lower eyelids. It presents a curling of the free edge towards the interior of the eye and this causes friction of the bristles against the cornea and constant excessive tearing. Entropion can be one-sided or two-sided. 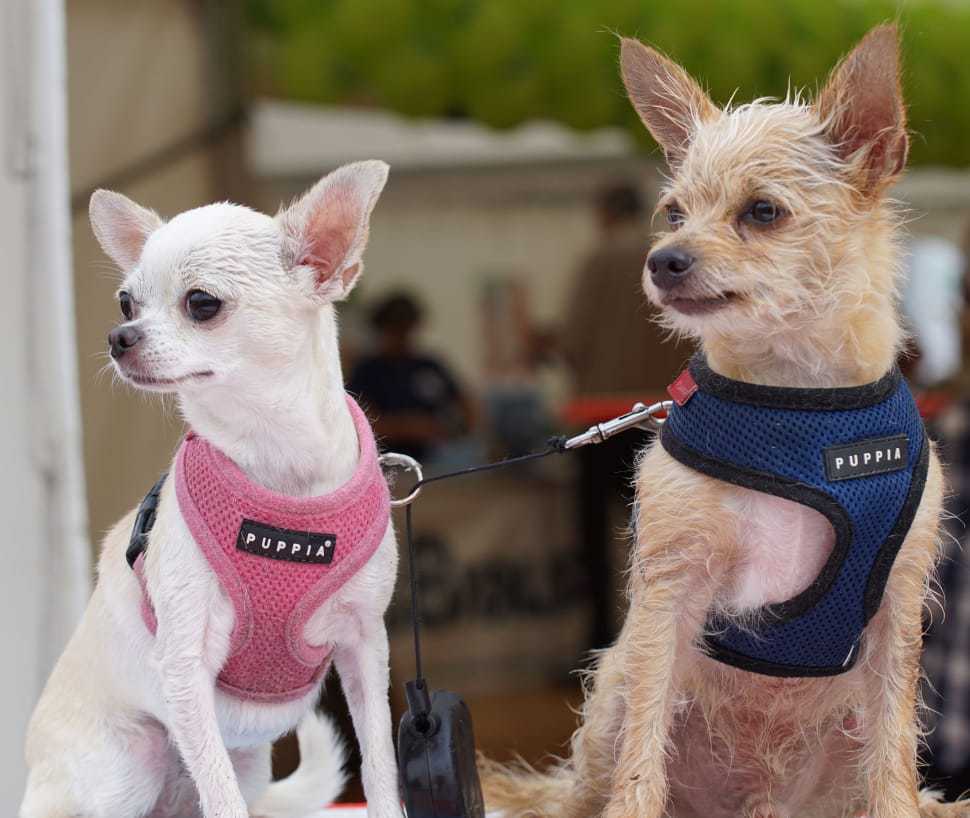 Entropion is most often visible from a young age, if it is not very important it can attenuate over time until it hardly bothers your chihuahua anymore. But if the entropion persists or if it is already very important at puppy’s age, surgery is necessary. It consists in removing the excess skin, in order to find a normal position of the eyelid.

An ectopic eyelash is a condition that results a poor position of the eyelash, which in turns pushes through the conjunctiva towards the cornea. This causes irritation of the cornea and discharge from the eye.

It can become painful for the dog if the friction causes a corneal ulcer.

The treatment will consist in removing the ectopic cilium, either by regular depilation or by cryosurgery. The application of liquid nitrogen (anti-wart product) to the eyelash, under general anesthesia can also be considered. 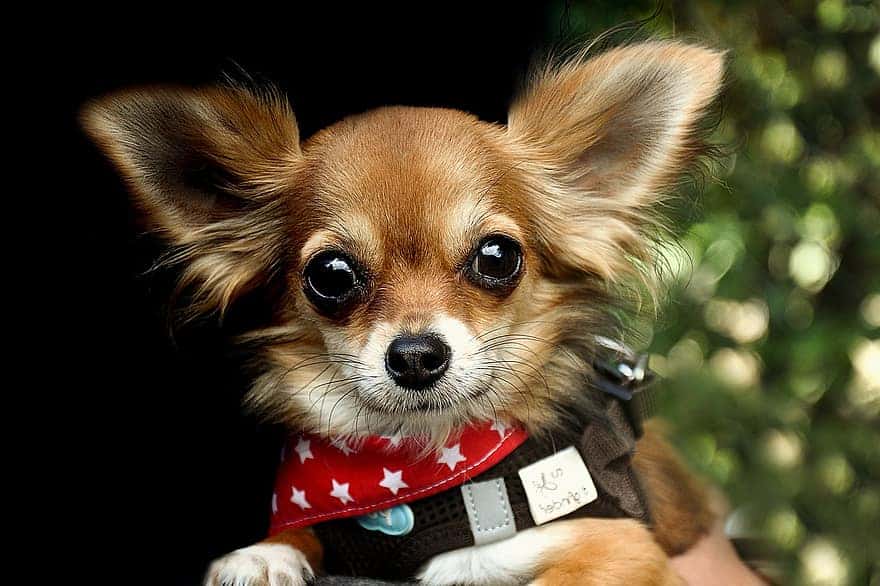 Various glands secrete the tears which are evacuated in the nostrils by the lacrimal duct which opens at 2 points on the palpebral conjunctiva.

These ducts may not be perforated at birth and the puncture points poorly positioned, resulting in a failure to evacuate the tears which then flow outside the eye.

Watery eyes caused by an infection

All parts of the eye can be the site of inflammation and infection, the cause of which must be determined in order to effectively treat the condition.

Several origins are possible: viral, bacterial, allergic or toxic and treatment will involve eliminating the cause, treating the inflammation and superinfection if it exists. 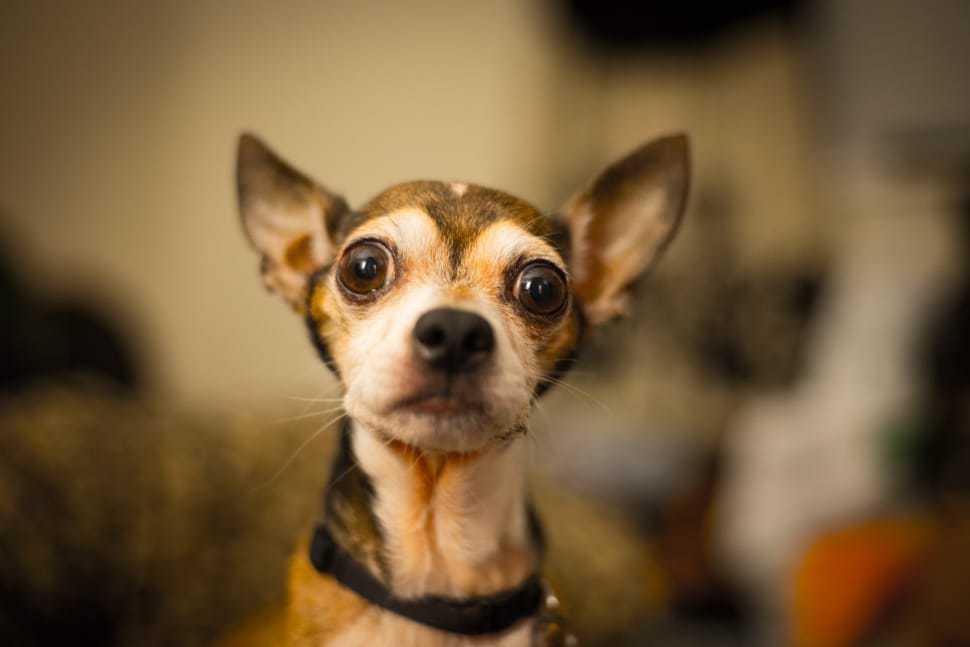 It is an inflammation of the interior of the tear duct which causes purulent secretions, unilateral or bilateral. It can be due to the presence of a foreign body or to a dental infection, leading to superinfection. An examination will determine the cause and type of treatment.

All these infections and inflammations will generally be treated by applying antibiotic and anti-inflammatory eye drops.

Trauma to the eye may result in injury resulting in the epiphora. The most commonly observed traumas are the presence of a foreign body and corneal ulcer. 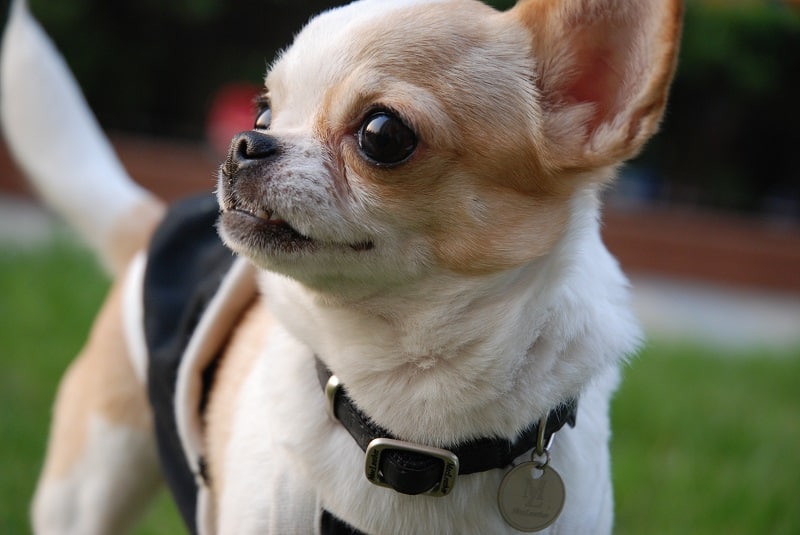 Foreign bodies can cause more or less significant lesions, from simple conjunctivitis to deep ulceration. When the eye runs, it is necessary to check the absence of foreign body, otherwise the condition may deteriorate and aggravate the lesions.

For example, a thorn stuck in the cornea can cause a small ulcer, but if you start rubbing the eye, you can drive it deeper. You should also look carefully under the third eyelid, which in the case of intense pain, should be done by light local anesthesia. Following the removal of the foreign body, all the components of the eye will be checked in order to treat any associated lesion.

The corneal ulcer is a lesion reaching the cornea in depth. This “hole” can be more or less deep and must be treated as quickly as possible.

The causes of ulcers vary from foreign bodies, scratches, wounds, viruses to corrosive products. The treatment varies according to the depth of the ulcer, from very regular application of eye drops to surgery. This is not a pathology to be taken lightly, you must consult the veterinarian very quickly.

The longer you wait, the bigger the ulcer develops, increasing the risk of losing the eye.

Be careful not to treat this condition yourself, because steroidal anti-inflammatory eye drops should be avoided in the event of a corneal ulcer and could aggravate the condition. 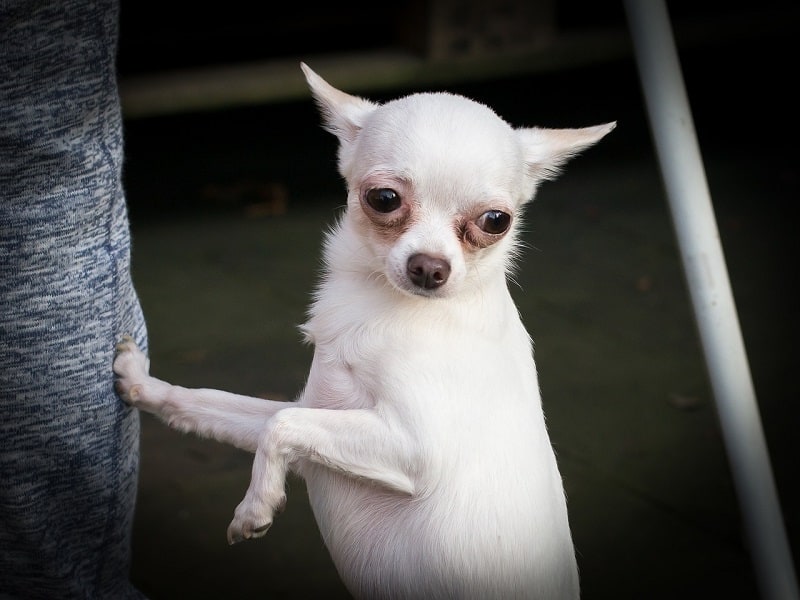 Factors causing Chihuahua watery eyes (epiphora) are quite varied and have different levels of severity. We see that for the same “runny eye” symptom, the origins and recommended treatments are quite different.

Therefore, it is really important to quickly consult your veterinarian in order to carry out a complete examination of the eye. He will be able to detect the cause of the epiphora and to treat it as well as possible.