Microchipping is a relatively simple process, but can you feel a microchip in a dog? After being injected, can you see it? Are there any microchip side effects on a dog you’ll need to worry about?

What is a microchip in a dog?

A dog microchip is a tiny transponder that can emit a radio signal used for location, detection, and identification. In case your dog is lost and winds up at a veterinarian’s office or dog shelter, the shelter employee/veterinarian will be able to scan for this ID chip.

This is a sort of “backup” plan in case your dog’s collar or identification tags fall off or are misplaced!

Microchips aren’t battery powered and don’t contain any kind of moving parts. A microchip injection can be done professionally in your veterinarian’s clinic, limiting the already low potential for any side effects we’ll list below. 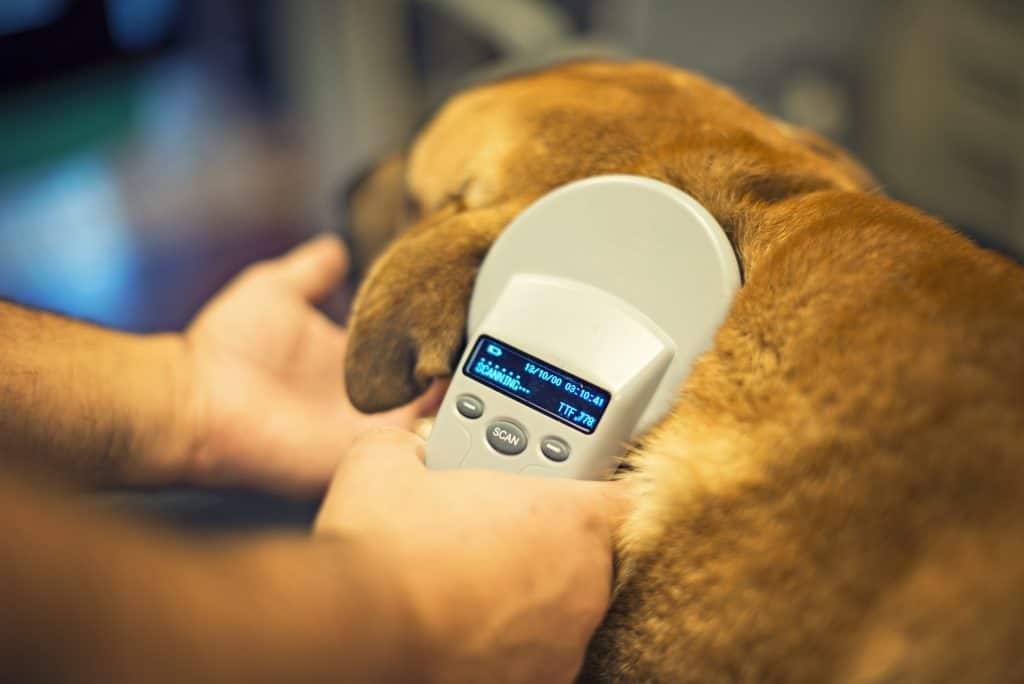 In fact, microchipping your dog isn’t any more complicated than most simple vaccinations. Anyone that has seen a puppy die of parvo will tell you how important vaccinations are!

Your dog’s microchip is designed to last for the life of your canine friend and won’t degrade or break down.

Your dog’s registration number is stored in his or her microchip once you register, usually simply done by filling out a form or by submitting information in an online database.

Not only will a microchip in a dog have a phone number of the registry for that microchip, but it will also be able to store important phone numbers you select. If a shelter employee scans your dog, for example, he or she will see these phone numbers and be able to contact you. 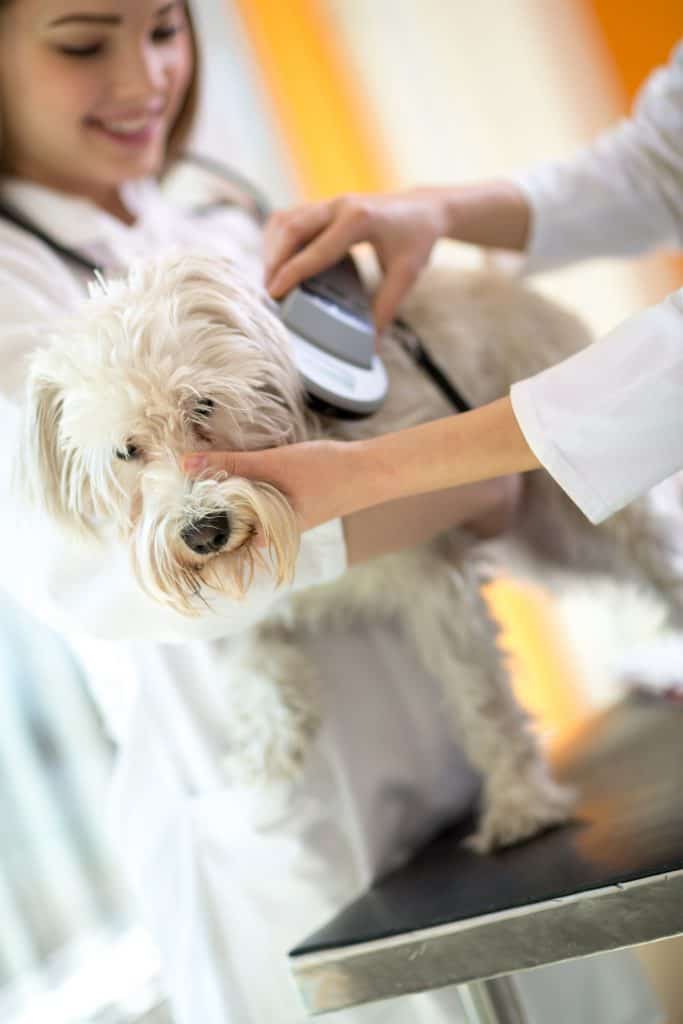 Not a GPS Device

The microchip directly underneath your dog’s skin isn’t an actual GPS device and doesn’t transmit any kind of tracking signal. It is simply used for identification in case a lost dog winds up at a shelter, rescue, or veterinarian’s office.

If you are looking for GPS tracking (which is actually very useful for our dogs), many specialized collars do offer that option!

How much does it cost to microchip a dog?

On average, you might expect to be charged around 45$ USD by a veterinarian to microchip a dog. But this is just an average, and you can often find discounts or other deals if you shop around! Depending on your location, some veterinarians might charge more and some less.

All animal care professionals want dogs to be microchipped. This Is because microchips are effective and have worked countless times in the past! There isn’t a catch. This is just a very good idea!

If you look around, you might be able to find free microchipping with the purchase of other services.

Dog and cat microchipping has helped decrease euthanasia rates in both America and other areas of the world.

Microchip side effects on a dog

If you’re debating on the idea to microchip your dog, you’re probably wondering if there are any microchip side effects on a dog. As dog owners, we always want to know if our canine friend is ever in any kind of danger!

Can you feel a microchip in a dog if it has been properly inserted? If the chip has been injected between your dog’s shoulder blades properly, you won’t be able to feel it.

Are there any potential microchipping risks?

For the vast majority of dogs, there won’t ever be any complications at all! Microchipping a dog is a very safe, effective process that saves far more dogs than it would ever harm.

However, there are always going to be rare and unforeseen side effects to any medical procedure, including injecting a small microchip in your dog’s back.

A British group of veterinaries have reported tumor growths at the site of injection. Tumors were only reported in two dogs and two cats, according to the American Veterinary Medical Association. 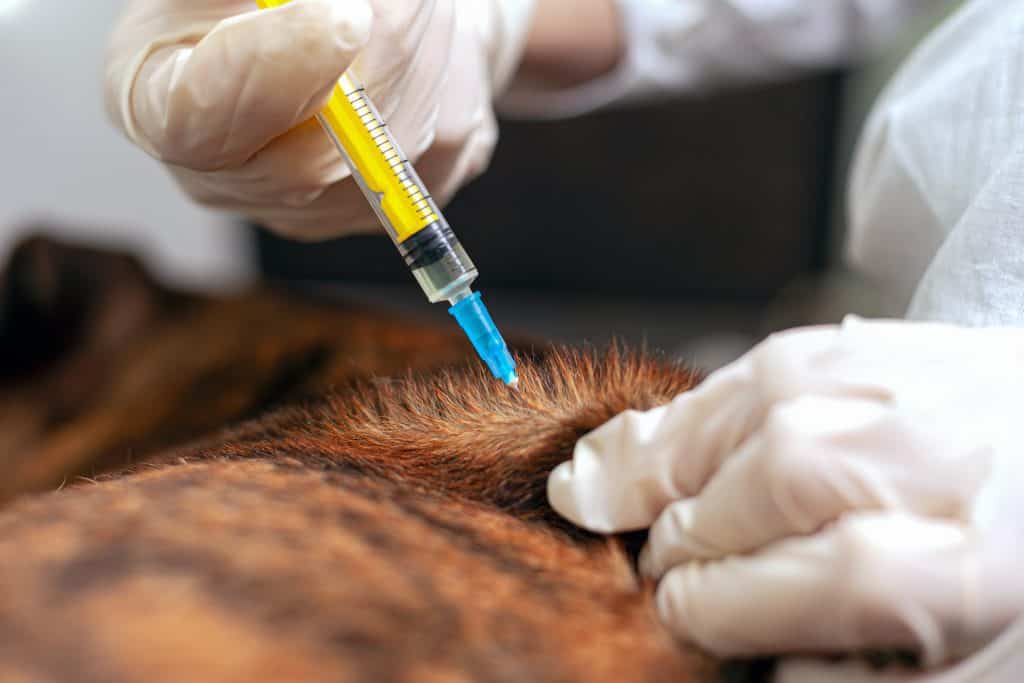 You were probably thinking this is a pretty low number. You would be right! Out of the tens of thousands of animals that have been microchipped, four is a very minuscule rate. Though the risk exists, countless more dogs have been reunited with their families due to microchips, that otherwise probably would have been lost forever.

Can you feel a microchip in a dog? Migration is a rare but possible

In extremely rare situations, your dog’s microchip might move from the original injection site and thus be undetectable. According to the AVMA, this happens in less than 1% of microchip insertions.

Preventing this from occurring is simple! You’ll just need to request that your dog be scanned, a few weeks after the injection to ensure proper placement, which by the way should be guaranteed by the vet.

Just like humans, it is possible, though very unlikely, a dog’s body could have an adverse reaction to the microchip. A reaction could be inflammatory and similar to the way many allergies are observed in dogs.

If your dog does develop a reaction of some kind at the injection site, simply contact your veterinarian to have him examined. At most, the microchip may need to be removed.

The benefits of microchipping a dog outweigh any risks

Microchipping benefits far outweigh any possible side effects on a dog! Countless dogs have been reunited with their owners due to microchipping.

Normally a dog’s collar and ID tags will act like an obvious first line of defense against being lost! What happens if those tags fall off over time, or become illegible? What if the collar is removed for some reason? 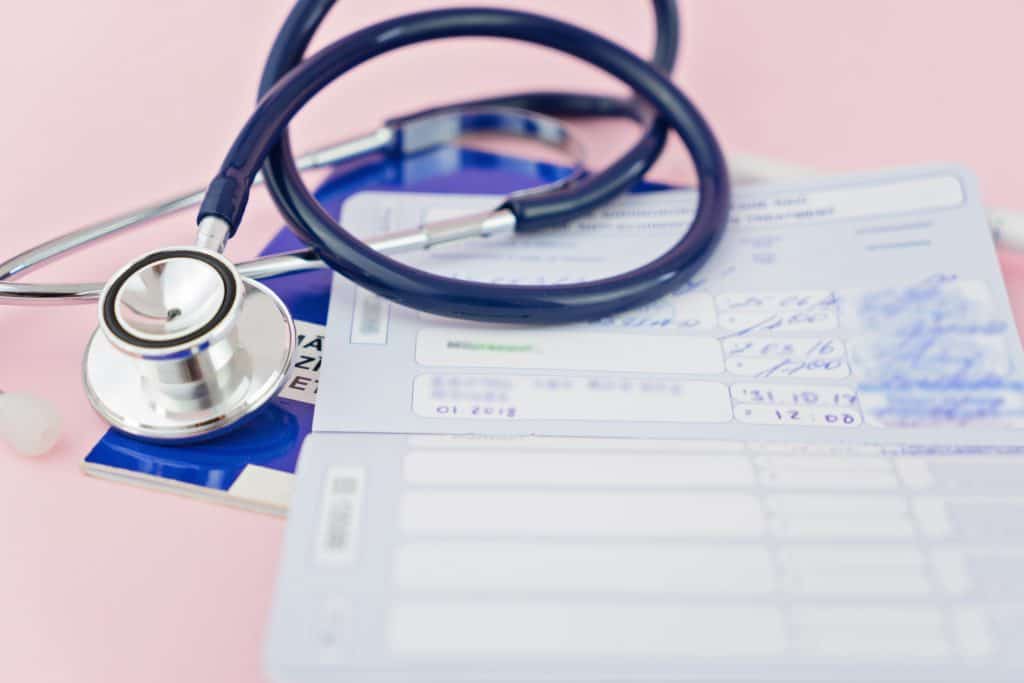 Can you feel a microchip in a dog?

Unless the chip moves around underneath your dog’s skin, you shouldn’t ever be able to actually feel a microchip in a dog at all.

You usually can’t feel a microchip in a dog just by brushing your hand through your dog’s fur, and the answer here is almost always no.

On the other hand, you might be able to feel a microchip in a dog if you are purposefully looking for it. Microchips are injected in loose skin in between your dog’s shoulder blades, just underneath the dog’s skin.

If you apply slight pressure while running your fingers over the dog’s skin between the shoulder-blades and neck, you might be able to feel a tiny, firm rice-sized object.

How can you know for sure whether your adopted rescue dog has been microchipped? Have your dog scanned for a microchip next time you bring him in for an evaluation!

What is the structure of your dog’s microchip?

Like the stereotypical computer chip these days, your dog’s microchip is pretty small! It is similar in size to a grain of rice, or about 11-12 mm in length, or half an inch.

A dog microchip is composed of a tuning capacitor, a copper antenna coil and the actual silicon microchip itself (actually only about a fifth the size of the capsule), all encased in a biocompatible glass capsule right around the size of that single grain of rice.

You could actually hold one between your thumb and forefinger, if you removed it from your dog.

The glass casing isn’t toxic and won’t hurt your dog’s body. Your canine friend shouldn’t produce any kind of allergic reaction to the capsule itself, and though there have been reactions, they are very rare and even less often dangerous. 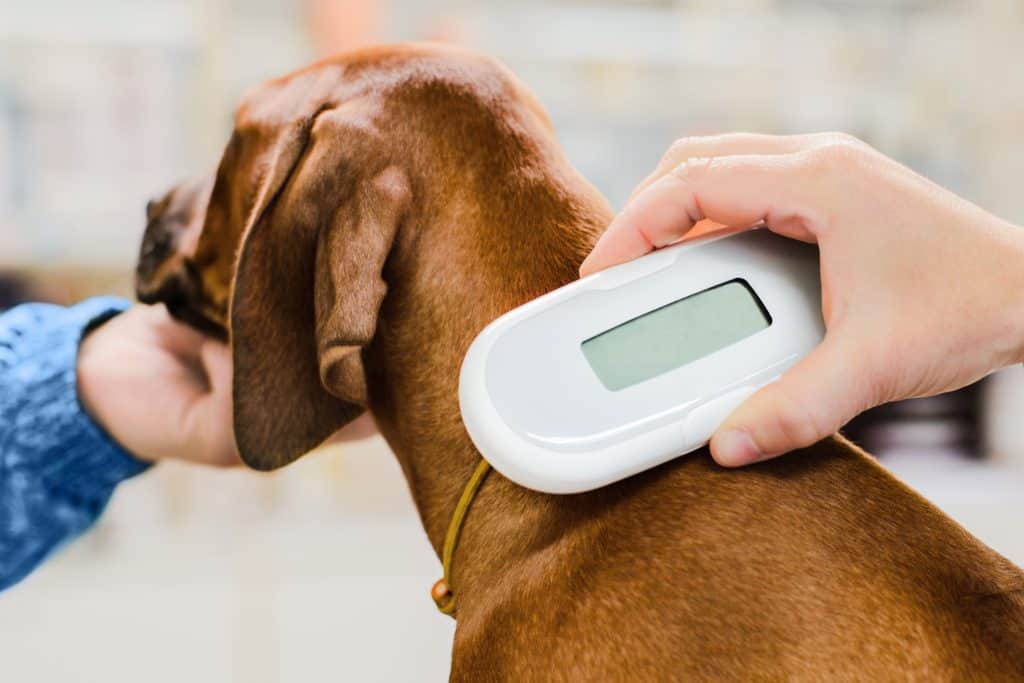 How long will a dog microchip last?

You’re probably wondering how long your dog’s microchip will last. After all, what use does it if it stops working after a short while?

There is no need to worry! Most dog microchips are designed to last 25 years, almost twice the lifespan of most dogs. You don’t have anything to worry about.

Is microchipping a dog enough?

Now that you’ve microchipped your dog, is there anything else you should do to keep him safe? Does he need to wear identification tags at all?

Microchipping is only designed to act as a backup measure just in case your dog isn’t wearing identification tags, or they can’t be read. Though they have helped countless dogs reunite with owners, they are only useful if your dog is scanned.

In some cases, a smaller dog shelter might not have a scanner, or shelter employees might not know to use one. This also only works if your dog is found at a shelter or clinic.

A dog microchip won’t do any good for a stray dog out on the streets that is found by strangers! ID tags with the owner’s contact information, ideally a contact number the owner can always be reached at, and vaccination information are the most important first line defense you can have!

Did you know some humans with certain medical conditions have chosen to be implanted with microchips, alerting physicians to any valuable medical information?

A dog microchip is a good back-up plan and much like humans it can be very useful and actually save your dog!