There is a lot of confusion around the question can dogs get hemorrhoids. It stems from the fact the term is used to poorly describe some conditions in dogs.

Indeed, the quadrupedal morphology of man’s best friend is effectively protecting him against this disorder. However, any abnormality in your dog’s anus should alert you, because if it is probably not hemorrhoids, it could be a sign of a more serious health problem. 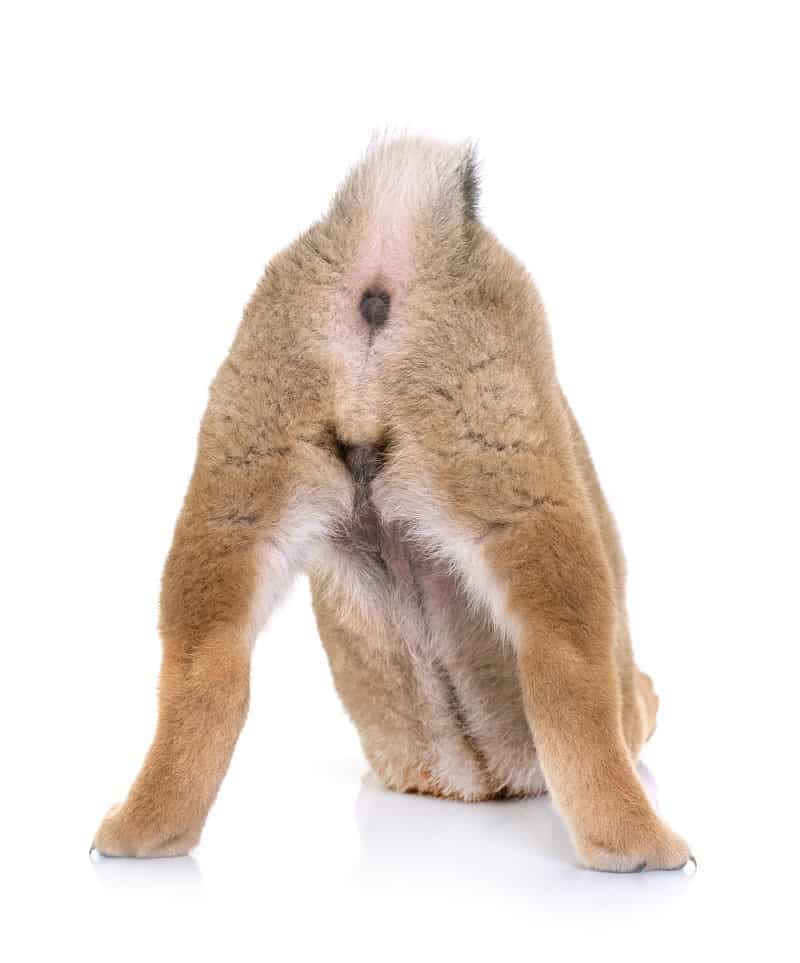 Today, I suggest we take a closer look at dog hemorrhoids and, above all, the more serious pathologies they are often confused with.

A hemorrhoid is a swollen blood vessel located in the anus. This is typically a bipedal problem and walking upright and the upright position of the digestive system are highly predisposed to the occurrence of this disorder.

Even if the dog, as a quadruped, is readily immune to hemorrhoids, it seems that the condition can be developed under some rare conditions. It is however a phenomenon little described in the veterinary literature, which seems really exceptional.

Contrary to humans, the occurrence of hemorrhoids in dogs would never be spontaneous, but rather secondary to another problem that could disrupt the blood flow in the rectum of the dog.

Note that hemorrhoids can be both internal and external but, of course, we can only observe them with the naked eye in the second case. 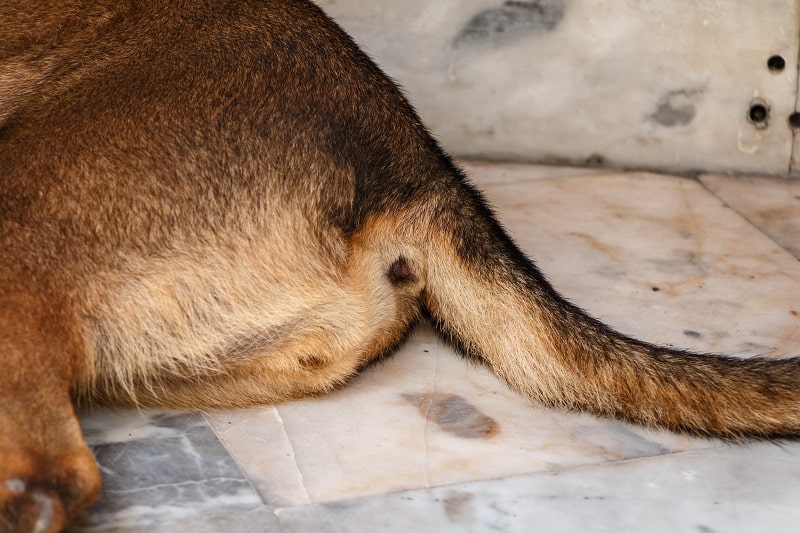 In fact, in the vast majority of cases, a dog suspected of suffering from hemorrhoids is actually plagued by a completely different problem.

Can dogs get hemorrhoids? Don’t confuse the condition with other ailment

This is particularly true if the owner neglects to treat the affected area.

As mentioned above, while hemorrhoids are extremely rare in dogs, other much more common pathologies can be easily confused with this condition.

Each of these two small bags contains a strong fragrant substance, the fragrance, color and consistency of which vary according to the mood, amongst others, of the animal.

Many ailments, more or less serious, can impact on these small glands, which are of utmost importance to the dog, even if the owner may be put off by the idea of leaning into them. 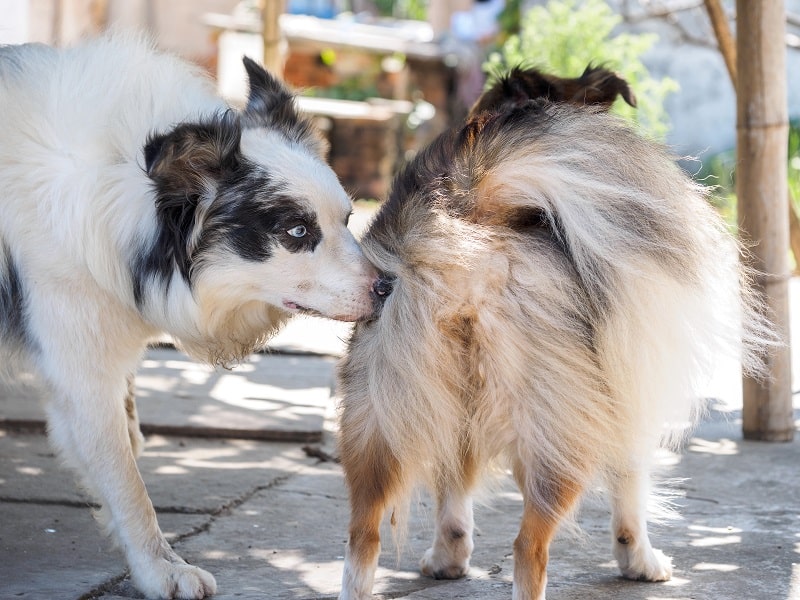 A perianal tumor in dogs is relatively common, more so than hemorrhoids. Since it involves an area that the dog owner does not often look into, the condition is often diagnosed late, making the animal’s prognosis darker.

Tumors take the form of more or less large masses, sometimes with inflamed appearance, the protuberance and location of which are variable.

The most common tumor of the perianal area in dogs is perianal adenoma, a benign mass in the majority of cases, which develops mainly under the influence of male hormones (androgens). 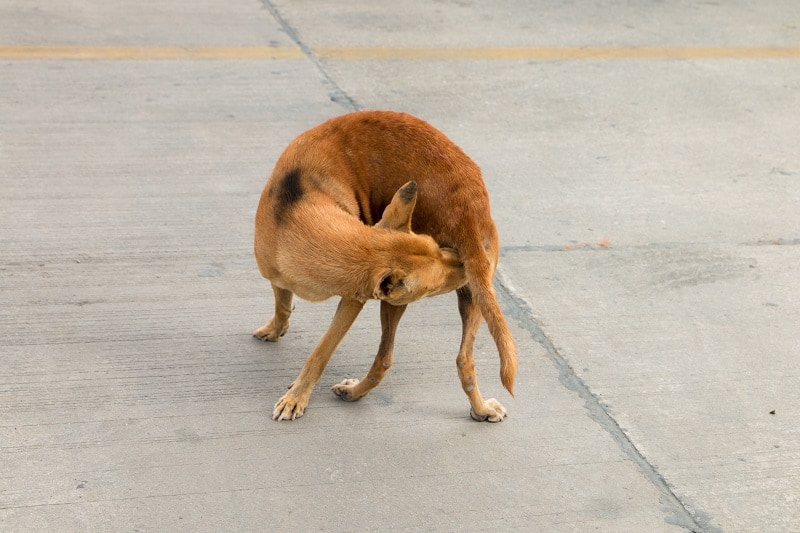 In this case, red and swollen mucous membranes appear in the area around the anus and are easily perceived to be hemorrhoids.

Treatment and prognosis of hemorrhoids in dogs

Only a veterinarian can diagnose the disease your dog is really suffering from and implement appropriate treatment.

Depending on the nature of the real pathology causing your dog’s ailments, the therapy adopted by the vet may be medicinal or surgical, or even both.

Can dogs get hemorrhoids? Similar conditions are generally benign

In the vast majority of cases, conditions that can be mistaken for hemorrhoids in dogs are benign and the dog’s recovery prognosis is good. 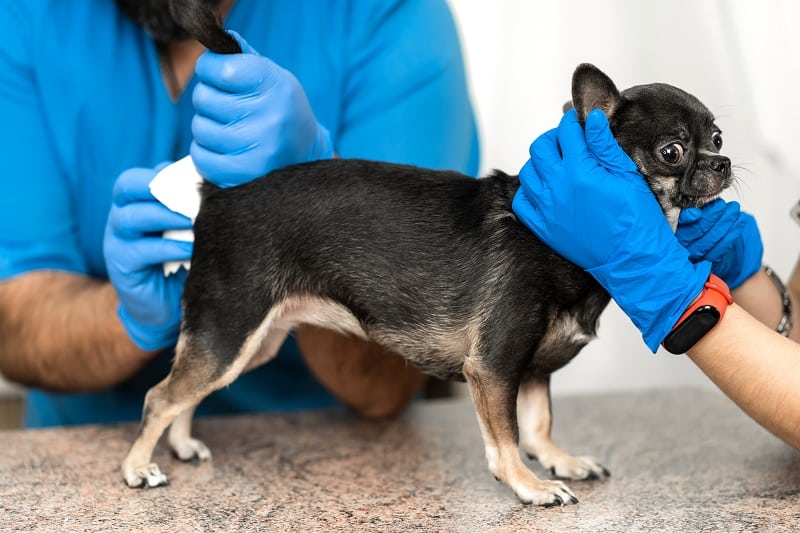 What is the medical opinion on dog hemorrhoids?

The existence of hemorrhoidal pathologies in dogs is not totally excluded, but this type of disorder is very little described in the veterinary literature.

In addition, it is generally accepted that hemorrhoids are rather a disorder which concerns bipeds, because of their center of gravity and the vertical position of their digestive tract.

So it’s a good idea to assume that any abnormality in your dog’s perianal area is most likely due to something other than hemorrhoids and deserves the attention of a veterinarian. 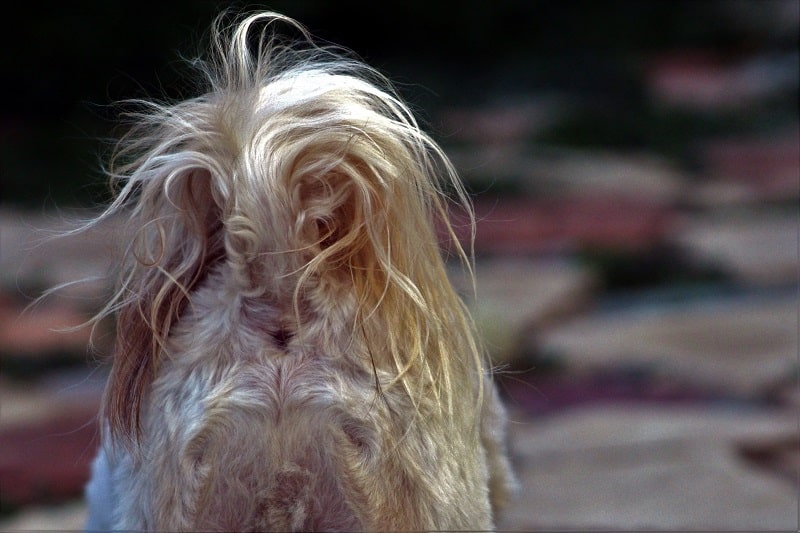 How to treat dog hemorrhoids?

It is highly unlikely that a dog will suffer from hemorrhoids, but many conditions of the perianal area can easily be confused with them.

What are the causes of hemorrhoids in dogs?

Hemorrhoids only very exceptionally occur in dogs and are poorly described in the medical science literature.

However, many other diseases can cause symptoms that suggest to the owner that his dog is suffering from hemorrhoids. To give your dog the best chances to heal it is important to react quickly if you observe an anomaly in his hindquarters.

Hemorrhoids or not, there is a good chance your dog is suffering from a condition requiring veterinary care quickly, even if it is benign.