Did you know there are very few diseases that exclusively affect humans? Indeed, although we may be surprised to see that our pets can contract common pathologies in humans, it is nevertheless a normal and usual fact. Thus, certain human pathologies associated with aging or reduced functioning of the immune system have the same causes and factors in animals.

What is Down’s syndrome?

Let’s first understand what is the nature of this condition and what mechanisms favor its appearance in humans. The genetic information of the human being is contained in the chromosomes, structures formed by DNA and proteins with a great level of organization. They contain our genetic sequence and largely determine the nature of our organism, which explains why often times pathologies are present in these chromosomes.

Human beings have 23 pairs of chromosomes and Trisomy 21 is a genetic alteration, since people with this pathology have an additional copy of chromosome 21: instead of having two chromosomes 21, there are three. This condition is medically known as Down’s syndrome. 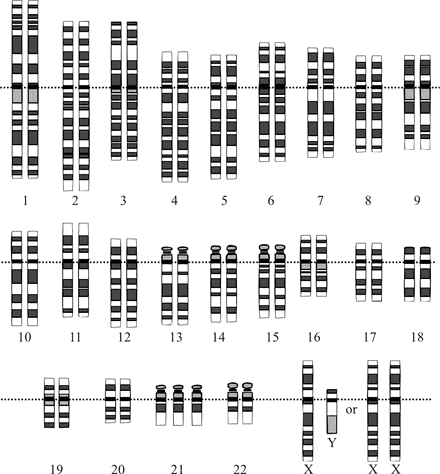 This genetic alteration is responsible for the physical traits that are characteristic to people with Down’s syndrome, which are accompanied by a certain degree of cognitive impairment, impaired growth and muscle tissue, but also a higher risk of suffering from other diseases.

Can Dogs Get Down’s Syndrome?

Trisomy 21 is a disease exclusive to humans, since the chromosomal organization of human beings is different from that of animals. However, animals also have genetic information determined with a specific sequence. For example, gorillas have a DNA similar to human up to 97-98%.

Since animals too have ordered genetic chromosome sequences (chromosome pairs depend on each species), they can also suffer from trisomies of one chromosome, which will result in cognitive and physiological difficulties, as well as anatomical alterations which will give it a characteristic state. This can happen in the case of laboratory mice for example, and therefore genetically modified, which have a trisomy of chromosome 16 or trisomy 16.

On the other hand, you are no doubt familiar with the case of Kenny, a white tiger from an Arkansas zoo, who died in 2008 and has a very special physique. The world we live in unfortunately gives a lot of importance to the physical appearance, and in Kenny’s case the subject raised a lot of questions and many thought it was a tiger with Down’s syndrome tiger, but the truth is that this claim has never been confirmed.

We can therefore conclude with the following statement: animals can suffer from genetic alterations and trisomies of a chromosome, so there is indeed the possibility that an animal is trisomic, but they cannot suffer from trisomy 21, which is a human disease caused by a third copy of chromosome 21.

How to recognize a trisomic dog

As we said above, trisomy 21 is a disease that only affects humans because it specifically affects chromosome 21. Trisomy 21 in animals therefore does not exist. In the case of the trisomic dog, the condition of its chromosomes has not been analysed and described because these abnormalities lead, most of the time, to the early death of the animal and the genetic tests necessary to identify trisomic dogs are simply not carried out.

So many dog owners also have cats, so allow us to discuss the condition in cats. These animals can also have a chromosomal abnormality such as the Klinefelter syndrome, although it is a very rare condition. In fact, it is estimated that approximately 1out of 5,000 cats is affected by this disease. In addition, and often at birth, mothers can eat abnormal kittens because they assume they will not be able to survive. This phenomenon also explains why there are very few cats with some form of trisomy. 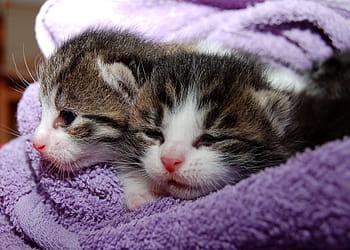 The Klinefelter’s syndrome affects only males and consists of an additional X chromosome on the sex chromosome pair. Thus, a cat suffering from this syndrome will have 3 sex chromosomes (XXY instead of XY). Symptoms of such syndrome in a cat will be observed by reduced mobility as the disease is known to affect, amongst other things, motor capacity. Thus, some cats move by jumping instead of walking, and you can also observe certain physical malformations in the limbs, eyes or ears.

If however you observe that your cat suddenly becomes aggressive with you, it is not a symptom of the disease but probably of the syndrome of tiger in the cat. The name of this disease appears to be innocuous and comes from the fact that the cat undergoes a sudden transformation of its behavior and can even become aggressive with its owner. This is generally due to the animal’s diet and a lack of physical activity. If you observe such behavior from your cat and are unsure what is the cause, don’t hesitate to consult your veterinarian immediately. 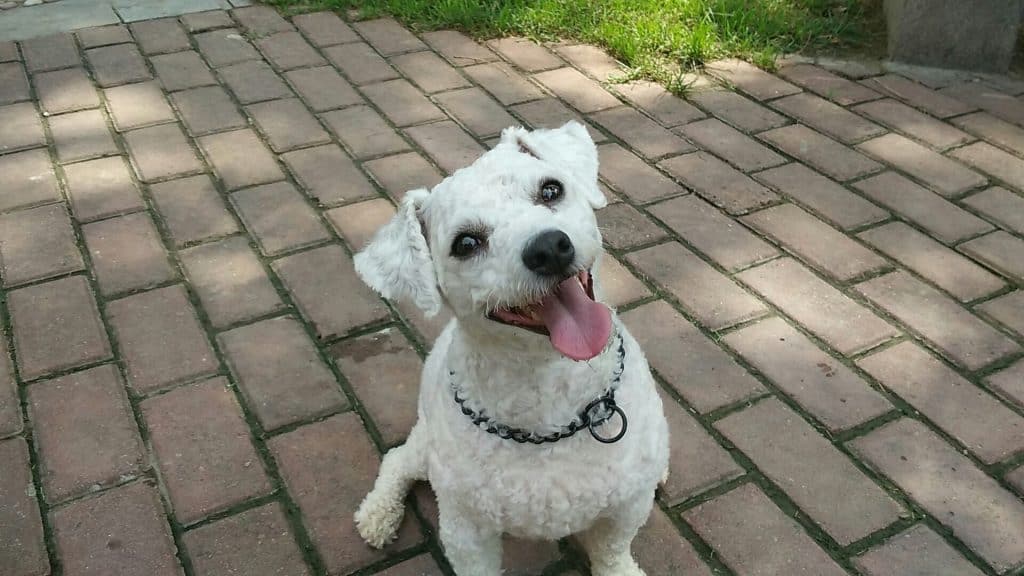 Can Dogs Get Down’s Syndrome? We hope you now have a more informed view of the disease as it relates to dogs and the above has dispelled some of your doubts!

Novel insight into chromosome 21 and its effect on Down syndrome

The 6 Most Common Genetic Disorders in Dogs