Also called hemorrhagic gastroenteritis, parvovirus is a viral pathology of dogs (and other canids like foxes and wolves). Very contagious, this disease is frequently fatal. Can a dog get parvo more than once? The risk is definitely present as the natural protection from antibodies of the dog can only protect him for 4-5 months after surviving the disease.

Parvovirus is a highly contagious infectious disease caused by an aggressive virus. This virus is very resistant in the outside environment and to most disinfectants, contamination is therefore generally done indirectly, by contact with a surface soiled by the stools of a sick animal, or directly by contact with stools contaminated by the virus. The main victims of this virus are young dogs with a very high mortality rate, as well as unvaccinated adult dogs and dogs living in a dog community.

What Are The Symptoms Of Parvovirus?

Dogs infected with parvovirus declare hemorrhagic gastroenteritis, very often fatal in puppies and can be very serious in adults. 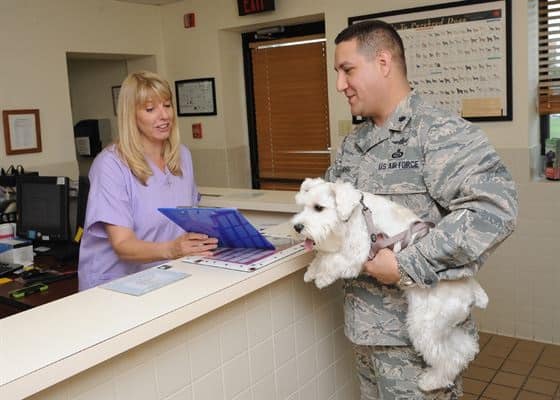 When the virus is ingested, it multiplies in the tonsils, pharynx and intestines before spreading throughout the body after only three days. This phase of viremia results in fever, loss of appetite and depression. Between two and four days later, the virus takes over dividing cells in the gut and bone marrow. Then the dog develops aggressive hemorrhagic diarrhea and vomiting. A collapse in the number of white blood cells, leading to a severe immune deficiency, is a sign that the bone marrow is affected. Anorexia, diarrhea, vomiting, infection and a rapid depletion of the body’s reserves aggravate the general condition of the dog.

Mortality occurs as quickly as 2 to 5 days. It is particularly the case in dogs less than six months old. Puppies, newborns or a few weeks old dogs are generally quickly taken down by the disease. Adults resist better but can also succumb to the consequences of the disease or require intensive care through an extensive period of time. We can hope for total recovery for animals that survive through the first 5 days.

How to Diagnose a Parvovirus?

A rapid stool test allows diagnosis during the consultation. SNAP® Parvo, a rapid test performed on a stool sample or rectal swab, can reveal the presence of the virus in just a few minutes. A positive test therefore confirms with certainty the presence of parvovirus but a negative test does not exclude the possibility because the virus may not have passed into the stool yet. 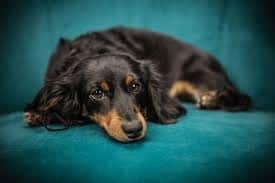 What Are The Treatments Against Parvovirus?

Vaccination against parvovirus is effective but must be repeated regularly during the puppy’s growth period. The vaccine consists of a live attenuated parvovirus which provides cross-protection against the main strains. Please note, there is a special feature regarding vaccination against canine parvovirus. Indeed, the maternal antibodies which constitute the main defense against the disease, are transmitted to the puppies before birth via the placenta, then via the first milk, the colostrum. These antibodies which protect the puppy against parvovirus also negatively impact on the effectiveness of the vaccine because they protect the puppy up to 6 to 8 weeks but inhibit the vaccine up to 12 or even 16 weeks. 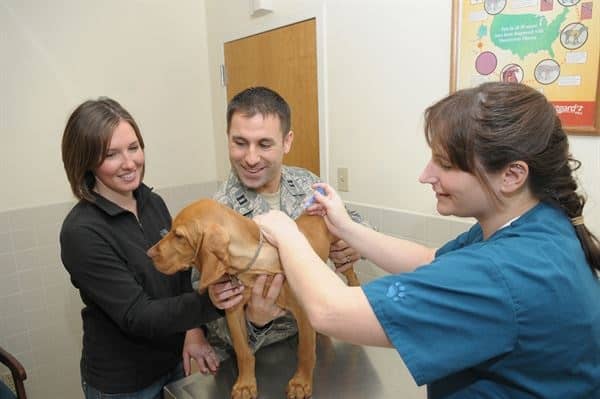 There is therefore an empty period between 6/8 and 12/16 weeks during which the puppy is protected neither by maternal antibodies, nor by vaccination. On the other hand, a puppy last vaccinated before the age of 12 weeks will not be effectively protected until he receives his first booster a year later. The last vaccination against parvovirus should therefore ideally be carried out after the age of 4 months.

The treatment of parvovirus is primarily symptomatic, that is to say that the treatments are implemented according to the symptoms presented by the dog. Due to diarrhea and vomiting, the dog is often quite dehydrated, in hypoglycemia and hypokalemia, which requires a vaccine by infusion. Anti-emetic drugs will be administered intravenously, as well as antacids or intestinal or gastric dressings. The fall of white blood cells associated with lesions of the intestinal barrier allows the dissemination of bacteria in the body. Antibiotic treatment is therefore essential.

Can a dog get parvo more than once? Yes, because a dog that has contracted parvovirus and survived the disease will naturally be protected from further infection for only a period of 16 weeks, perhaps a bit more.

What Measures Should be Taken for a Dog with Parvovirus?

Caution must be taken in order not to contaminate other patients in the clinic but also other dogs in the family or those around the infected animal. Parvovirus is very resistant in the outside environment and can survive up to 6 months at room temperature, 5 months in the event of sun exposure and drought. It is inactivated by bleach diluted with water (1/30th) which can be used for cleaning objects and surfaces. The contact time before rinsing is ideally ten minutes but the longer the exposure time, the better!

Can a Dog Get Parvo More Than Once?

A dog with parvovirus is contagious only for 4 to 5 days after the onset of the disease, but some recent studies show that parvovirus genetic material can be found in the stool of dogs that have been cured for several years. When in doubt, it is therefore always more prudent to get the dog vaccinated.

The risk of transmission of parvovirus from a surviving dog, however, remains fairly low and the prevention will consist primarily of disinfecting the animal’s environment with diluted bleach (a 250ml carton of bleach with 9.6% active chlorine diluted in 5 to 6 liters of cold or lukewarm water).