Leptospirosis is an infectious disease caused by … Leptospires. This is a serious disease that threatens our dogs, especially those living outdoors, but can also affect humans. What are the chances of a dog surviving leptospirosis? Find out in the following paragraphs.

Dogs catch leptospirosis directly, through contact with rodents, but above all indirectly, by drinking or bathing in fresh water contaminated with rat urine (or nutria, or dog, etc.), carrier and excretor of leptospires.

Leptospirosis essentially results in kidney damage (sharp increase in urea and creatinine leading to depression, vomiting, etc.), and liver damage (leading to jaundice, etc.). It is relatively easy to kill leptospires with antibiotics, but damage to the kidneys, and more rarely the liver, can be irreversible. Chances of a dog surviving leptospirosis are typically 50%.

Leptospirosis vaccine is routinely included in all vaccination programs. Its effectiveness is incomplete, but it still reduces the risk of catching the disease, and of developing the most serious forms. 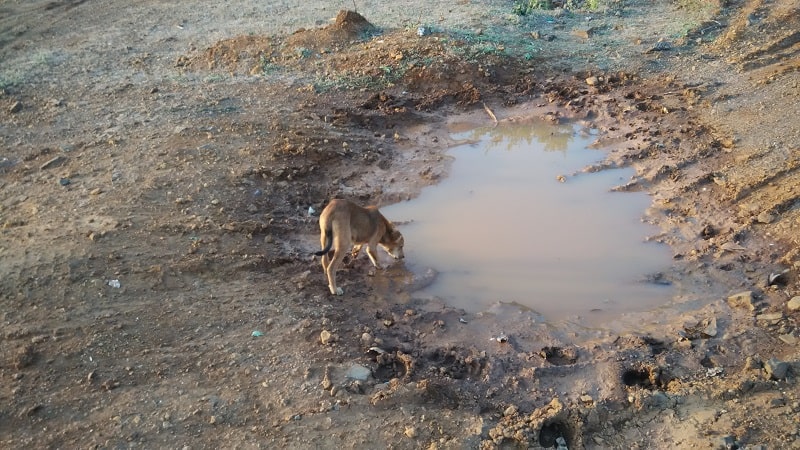 Leptospires (from the Greek: leptos = fine, delicate, and speira = loop, spiral), are helical bacteria. There are 17 species of these bacteria, (and more than 230 serovars), more or less dangerous, and more or less specific to a species of mammal. For example, Leptospira interrogans, of the serogroup Icterohaemorrhagiae, is found mainly in rats and nutria. Leptospires can survive for weeks or months in a favorable environment (shaded area, temperature above 25 ° C, water with low acidity and low salinity).

Leptospires can persist for a very long time in the kidneys of a multitude of animals (all kinds of rodents, dogs, horses, ruminants, pigs, etc.), before being eliminated (disseminated) with the urine of these animals. They will meet again in the surface waters of lakes, rivers and ponds, but also in muddy fields and puddles along the roads.

Dogs get infected most often through this urine, by drinking or bathing in puddles, or in an area of standing water in a river, for example. There can also be contamination through direct contact with an infected rodent. The majority of cases are diagnosed between July and December. Dogs can be affected regardless of their age. Large dogs are more often infected (probably due to a more rustic lifestyle), and there is a predisposition of the German Shepherd to develop more severe forms of leptospirosis. 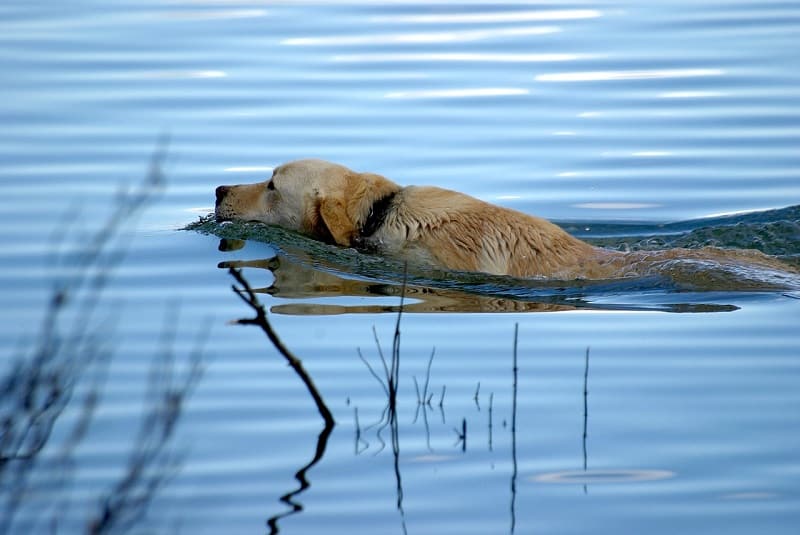 The incubation period typically lasts 4 to 12 days, but the disease sometimes manifests itself only a couple of days after infection. Some dogs die within a few hours (acute form). Early symptoms are fever, depression, decreased appetite, joint or muscle pain, haemorrhagic gastroenteritis, and/or eye and nasal discharge.

Within a few days, kidney failure is observed in 80-90% of these dogs, resulting in vomiting, dehydration, sometimes pain in the kidney area from nephritis, and also ulcers or necrosis of the tongue because of uremia. In the most serious cases, the dog no longer emits urine at all (anuria during acute renal failure), but in less severe cases, on the contrary, we may observe increased thirst and more frequent urination.

Jaundice develops in 20% of leptospirosis cases due to cholestasis (defective bile flow), and/or liver necrosis (yellow coloration of the skin of the stomach and the gum). In some cases, there are pulmonary hemorrhages, uveitis (inflammation of the inside of the eye) and pneumonia. The progression can extend into hepatitis or chronic renal failure. Finally, some infected dogs may not show any symptoms, while still shedding leptospires! 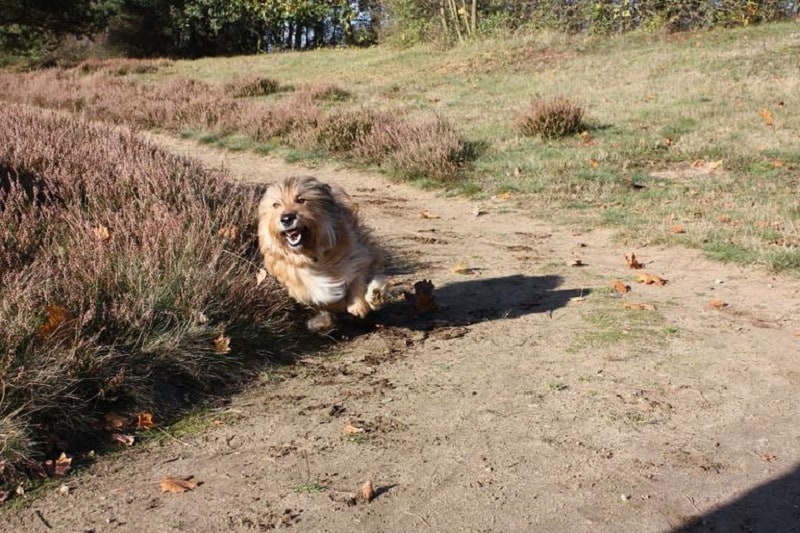 Chances of a dog surviving leptospirosis:

Leptospirosis is suspected when a dog, often young, having access to the outside with the possibility of drinking in puddles, suddenly presents an illness (fever, severe depression, etc.) accompanied by acute renal failure (urea and greatly increased creatinine), and sometimes hepatic insufficiency (jaundices) from an increase in bilirubin and liver enzymes. The presence of glucosuria (glucose in the urine), reflecting tubulopathy (damage to the renal tubules), reinforces the suspicion.

There are then two ways to confirm the diagnosis:

This is the most traditional method. It consists in integrating in the serum of the dog, antibodies against the different species of leptospires. However, this is a challenge as there are a lot of types of leptospires, so volume of tests required is massive.

The diagnosis may be positive from the vaccine, which produces antibodies or it may reflect a past infection as opposed to the dog’s current illness (but this is all taken into account in the interpretation of the test). Finally, since it takes at least seven to ten days for the dog to start producing antibodies, the serology can prove negative in the early days of the infection, and only become positive during convalescence. 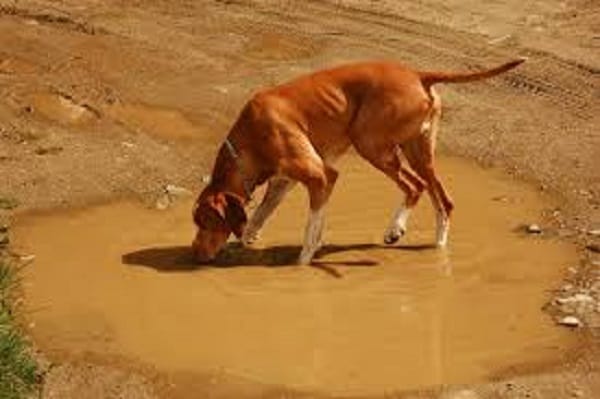 This is a technique recently developed, which consists in revealing the DNA of the leptospire, in the blood or urine of the dog. Finding leptospira DNA in the urine of a dog with compatible symptoms is evidence that the animal is having leptospirosis. In addition, PCR is more effective at detecting the disease earlier in the infection periody.

The excretion of leptospires in the urine, and their circulation in the blood, is inconsistent. On the other hand, when the dog is already under antibiotic treatment, which lowers the amount of leptospires in a dog’s body, the test will likely be negative.

The two techniques are therefore complementary. Instead, PCR will be used in a recently ill dog who has not yet received antibiotics, and serology is preferred in a dog that has been infected for a longer time and has already been under some form of treatment. In some cases, the two methods may be used in parallel.

Chances of a dog surviving leptospirosis: the treatment

The elimination of the bacteria by antibiotics does not pose too many problems. Typically, an injection of a combination of amoxicillin and clavulanate for fifteen days will destroy the circulating leptospires. Then, doxycycline is administered for fifteen days to reach the leptospires camouflaged in the tissues (especially the tubules renal) and prevent to chronic carriage.

The treatment of the disease, as a whole, is much more complicated. The kidneys (and the liver to a lesser extent), are often seriously affected, sometimes irreversibly destroyed. In some cases, urea and creatinine begin to drop after a few days, indicating healing of the kidneys. In other cases, the dog does not urinate despite the infusion of large amounts of fluids, and edema appears. The prognosis then becomes quite negative. In these cases, only dialysis would save time and buy enough time for a possible renal recovery, but this specialized equipment is only available in a handful of veterinary hospitals.

In a recent study conducted in Lyon, France, on 37 dogs treated with leptospirosis, 22 (59%) were returned to their owners, while 15 (40 %) died or had to be euthanized. Three more dogs passed away due to kidney or liver damage in the months following their release. Therefore, it can be argued that half of the animals died of leptospirosis. 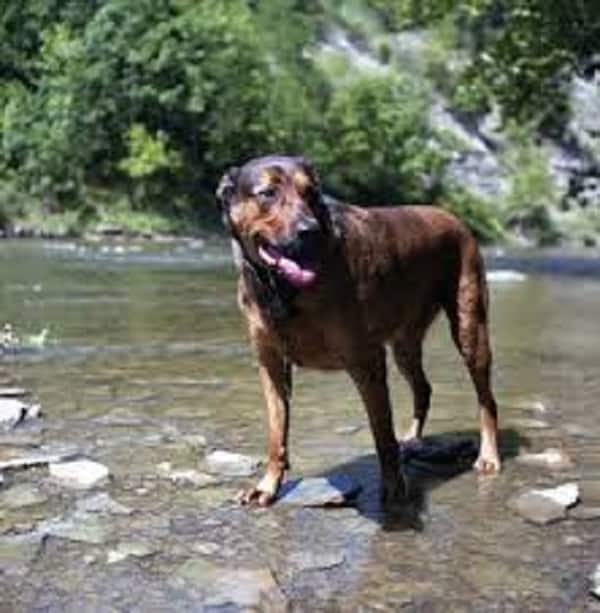 You can obviously try to prevent your dog from drinking in puddles, but it is not always easy. (If we know that a stagnant water point is invaded by rodents, we can at least choose another place to walk).

Leptospirosis vaccine is included in routine dog vaccination programs. It is given as two injections in the first year (the first injection after the age of three months), followed by an annual booster.

It is less effective than other vaccines for diseases such as distemper and parvovirus, for two reasons. First, its effect is relatively short (about ten months), creating the need for the most exposed dogs (military dogs, dogs which hunt in the marshes), to receive three injections of the primary vaccination instead of two (always after the age of three months), and a booster injection every six months, instead of once a year.

While it is an imperfect vaccine, it nevertheless reduces the risk of catching the disease and of developing the more serious forms.

What is the risk for humans?

Leptospirosis is a zoonosis. According to a study conducted in 2008 by the World Health Organization, there are between 320,000 and 500,000 human cases reported across the world each year and 10% resulted in death. 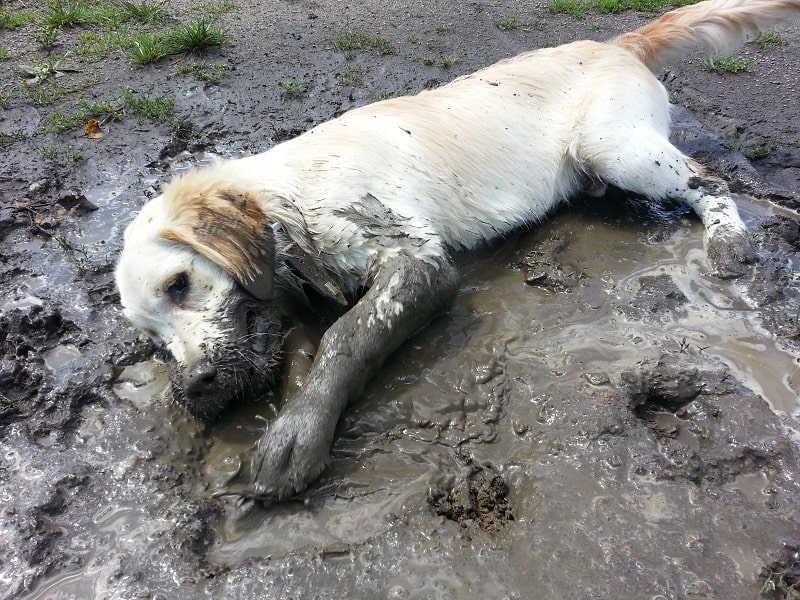 Humans become contaminated when one of their mucous membranes (nose, mouth, eye), or the skin (typically a wound), is in contact with the secretions of an infected animal. A rodent bite is also a major cause. The disease is primarily observed in people working in an environment with stagnant water where infected rodents have urinated.

But many human contaminations simply result from swimming in fresh water, fishing or boating. In 1998, 11% of the 834 athletes who competed in the Springfield, Illinois triathlon contracted leptospirosis while swimming in the local lake!

If leptospirosis in a dog is suspected, owners (and nursing staff) should therefore take precautions when handling the animal, and particularly its urine, by wearing gloves, washing their hands after any handling and disinfection of areas where the dog has hung around or urinated.