Have you ever thought about adopting a cute dog? If yes, then you must have heard about the Albino Dogs. They are one of the most adorable canine companions you can adopt. However, before you can plan to adopt these specific types of dogs, it is essential to understand the common Albino dog health problems.

Well, there is nothing to worry about their health. In fact, a lot of people around the globe adopt these cute dogs. But, before that, let’s discuss what Albinism is.

The first thing you need to understand is that Albinism is not only found in dogs. It is a rare genetic mutation that is found in almost every species. There is a common misconception among people, especially dog owners, that Albinism is a particular breed of dogs. Well, this is not the case. As we mentioned, it is a rare genetic mutation that is usually referred to as tyrosinase or tyrosinase-positive. The former one is full albino, whereas the latter one is partial albino.

How are Albino dogs different from other dogs?

You may have noticed most of the Albino dogs looking a bit similar to a white-coated dogs. It is because of the lack of pigmentation in the eyes, hair, and skin of Albino dogs, making them look white. However, the significant difference between them is the pigmentation itself! White dogs have white pigmentation, but on the other hand, Albino dogs do not have any pigmentation. 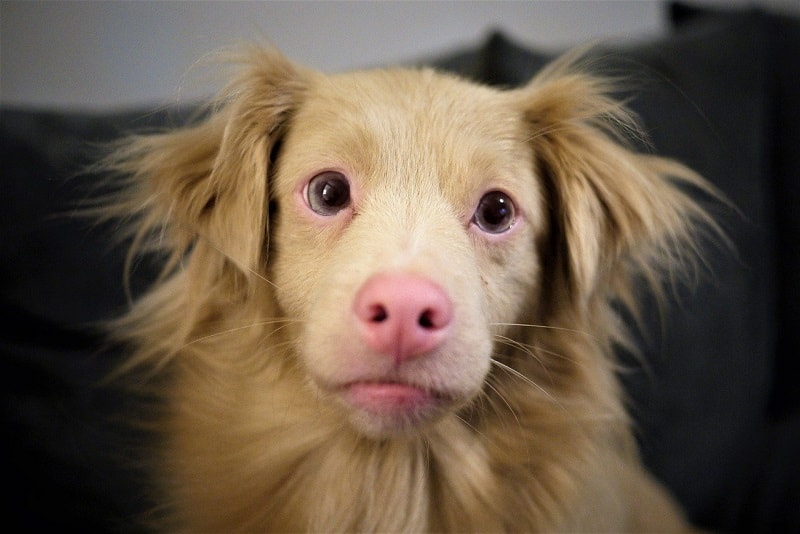 Not every dog who is relatively paler as compared to other dogs is an Albino dog. There is a high probability of these dogs being leucistic. It is a condition where an animal, or specifically a dog, has whitish skin or fur due to a “lack” of pigment. Even though these dogs may lack pigment in various parts of their body, one place where they don’t is their eyes.

It is for this specific reason that these dogs are not considered Albino dogs. So, the main difference is with the eyes. Albino dogs, due to lack of pigment, have pinkish eyes, whereas other white dogs don’t.

Breeds of Dogs Having High Probability of Albinism

There is no denying the fact that Albinism is extremely rare and is not very common. However, there are a few particular dog breeds that have high chances of Albinism as compared to other breeds.

Great Danes and Collies have a higher a Albinism probability. Even though they have a high chance of Albinism, the true Albino dogs are extremely rare.

So, we have discussed what Albinism is and have understood the difference between Albino dogs and other white-coated dogs. Now, let’s talk about the five common Albino dog health problems which are important for you to be aware of. 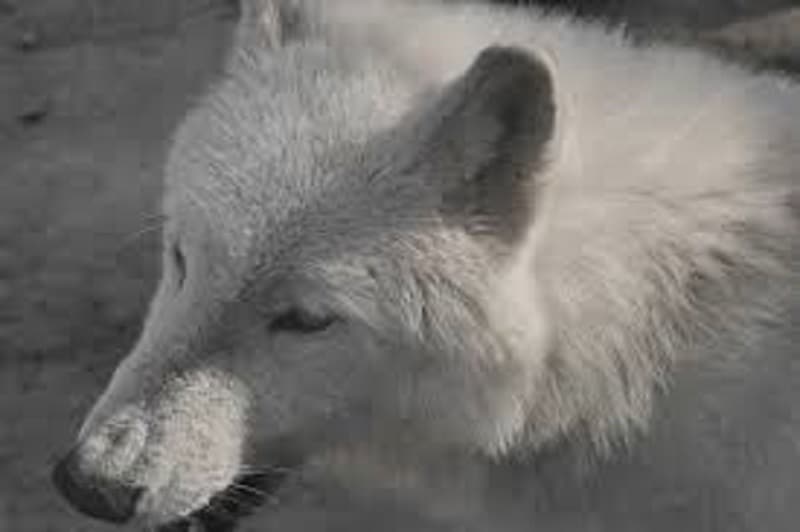 There are various Albino dog health problems out there. Most pet owners find it challenging to understand these. Therefore, in order to help you understand what these common health issues let’s do an in-depth review of these conditions.

Weak Immune System in Contrast to Other Dogs

One of the most common health issues found in Albino dogs is the weak immunity system. Other normal dogs who are free from Albinism have the ability to cope up with any kind of disease. This is not the case with Albino dogs.

Naturally, when they are born, they have weak immune systems and it is the reason why whenever they get even a minor disease, they find it difficult to recover from it. If you own an Albino dog, you may have noticed this thing in him. It will take a lot of time for your furry friend to recover from any kind of health condition.

In addition to this, Albino dogs are also prone to skin cancer. All of these severe diseases and problems are very difficult to overcome due to the weak immune system. Therefore, Albino dogs have a life span that’s generally shorter than the average dog.

Another common health problem that Albino dogs face is skin sensitivity towards sunlight. Most of the people out there may not know what melanin is. It is basically a kind of pigment which is responsible for giving various colors to the eyes, skin, and hair of an animal.

Now, the function of melanin is not only the pigmentation of hair and skin, but it is also responsible for the protection of skin from the harmful exposure of UV rays of the sun.

Now, as we know, Albino dogs have a lack of pigmentation and ultimately lack of melanin; they have more skin sensitivity towards the sunlight. They need more protection from the harmful rays of the sun. 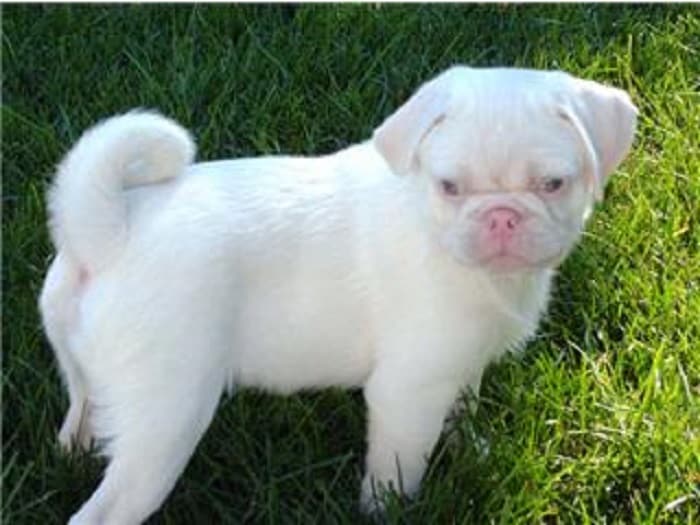 One thing that you must remember if you own an Albino dog is to prevent him from roaming or simply playing in the sun. It can prove to be detrimental for him. Try to manage or arrange an activity for your Albino dog inside your house.

In case you have to take him out for any reason, it would be better to apply sunscreen on his skin. It is recommended to use children’s sunscreen for that purpose.

It may come to you as a shock, but a lot of Albino dogs and other species having Albinism face a risk of deafness. In fact, there is a strong association between deafness and Albinism.

You may be wondering what this connection is all about. Well, we all know and have mentioned this time and again that Albino dogs have a lack of pigmentation. This lack of pigmentation is the real cause of deafness. The nerve endings are degenerated due to the unpigmented skin in the ear canal.

Moreover, there is a specific dog breed which usually faces this deafness problem, only if that dog is an Albino, namely the Dalmatian. When adopting a Dalmatian dog, you can get him checked by a veterinarian and can ensure whether he has an hearing deficiency. 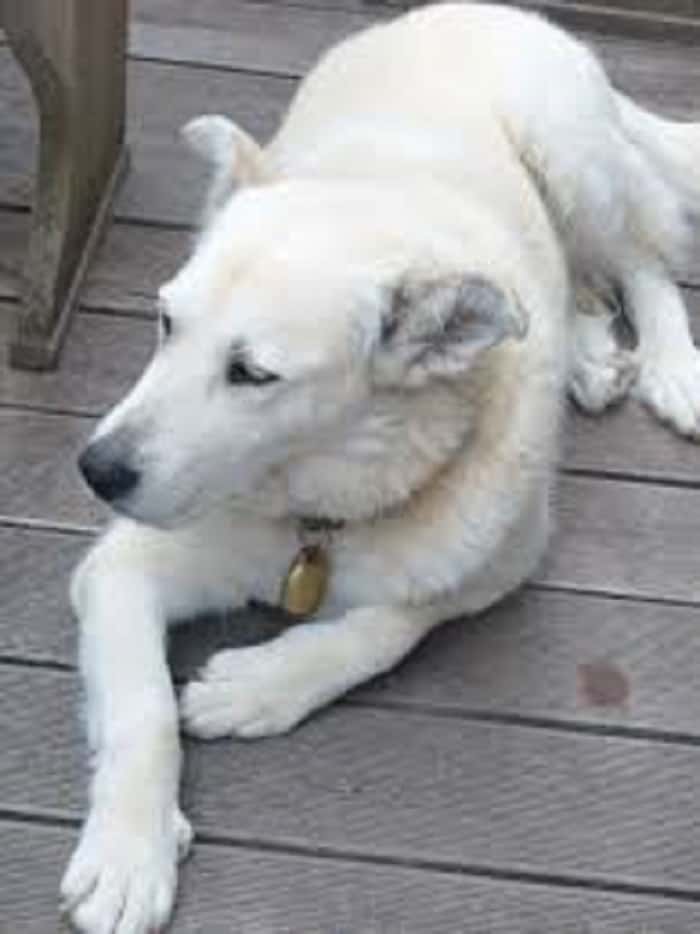 One of the most common Albino dog health problems is eyes sensitivity towards bright lights. Similar to the health issue mentioned above, the eyes of the Albino dog’s eyes are quite sensitive.

Once again, the main issue here is pigmentation. They do not have pigment that can function in a way to screen the light from entering their eyes. It is for this reason that when the light is very bright, the Albino dogs are not able to see properly. In fact, they may find it challenging to bear that bright light!

In general, they cannot see accurately in most lighting conditions. There is a decreased perception of depth and binocular vision in Albino dogs. Firstly, you need to help your Albino dog by not exposing him to bright lights. Also, in order to protect his eyes, you can put on goggles as well. It is not a permanent solution, though, but it can help your little furry albino friend.

One of the most severe health problems that an Albino dog faces is neurological issues. Similar to their overall body, they have a lack of melanin in their brains as well.

Neurological issues are caused when adequate essential receptors are missing from the brain. The absence of pigment and, ultimately melanin, is the real reason behind the lack of receptors.

The brain of Albino dogs and other various species with Albinism does not function properly. This ultimately creates numerous other issues for little Albino dogs. Again, the Dalmatian dog breed is the one who usually faces this health problem, provided that they are Albinos. 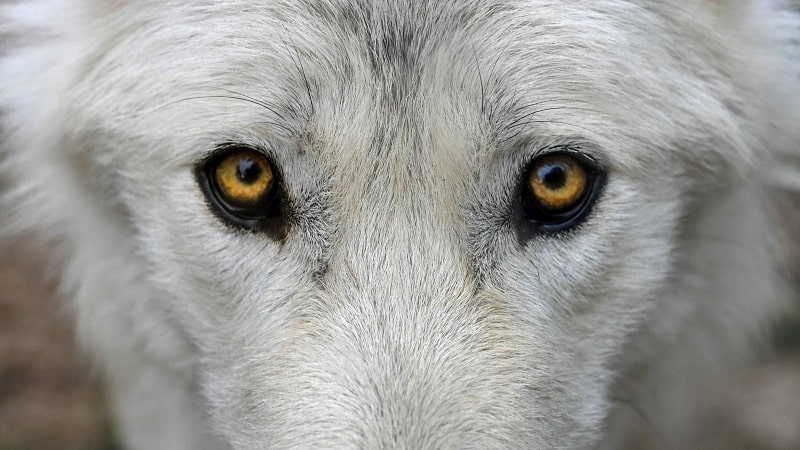 No matter what Albino dog health problems we are talking about, you must never lose hope. If you want to adopt a cute little furry friend who is having Albinism, you should go for it. However, just keep the aforementioned points in mind and take care of your four-legged friend in the best manner possible..