We all get annoyed by certain noises and sounds, such as loud alarms. Similarly, there are noises that annoy dogs and it can reach a point of distress and fear.

In fact, it is very common in a lot of dogs. According to one study, approximately 39% of dogs may show the symptoms of noise fearfulness.

You may have noticed in the past that your little furry friend tries to hide somewhere upon hearing certain types of noises. Well, he is trying to show you signs that he is terrified by the sound.

In this article, we are going to highlight 8 noises that annoy dogs. However, before we can list those noises, it is important to understand noise phobia in dogs. Not just that, but it is also essential to identify its signs. So, without any delay, let’s get right into it.

When a dog reacts to certain sounds abnormally or intensely, it is then called noise phobia in dogs. There is no clear evidence as of now about what causes noise phobias in dogs. However, there are two major factors that are considered to be the reasons. These include genetic as well as environmental factors. 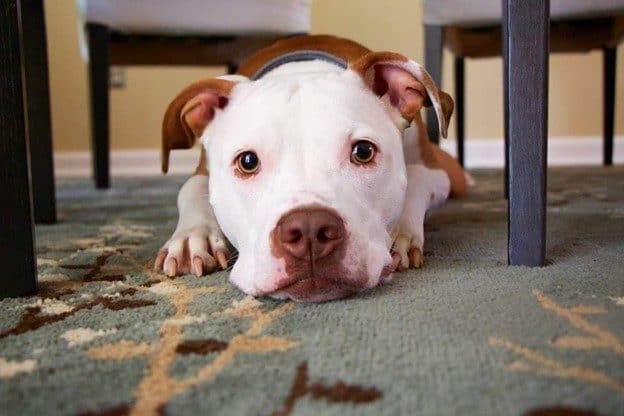 One thing that every pet owner needs to remember is that puppies have a particular critical socialization period, generally between three to sixteen weeks of age. It is a period where your dog needs to be properly socialized. If not, then he may face issues in his future development stages.

For instance, he may develop a fear of certain sounds if he isn’t exposed to those sounds during his critical socialization period. 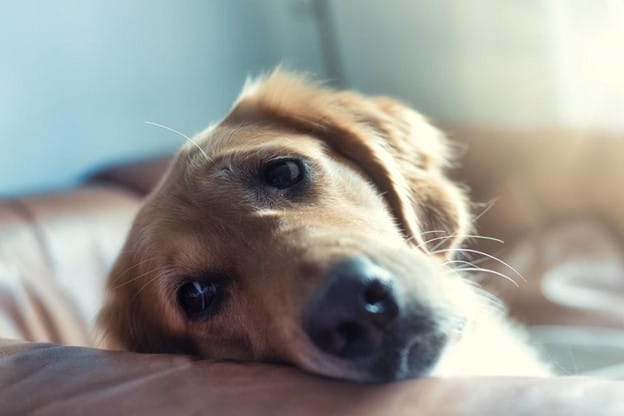 Another reason why your dog may develop noise phobia is the trauma suffered in a past experience. We may not have noticed it, but sometimes our little four-legged friend may experience traumatic events.

These can ultimately lead to issues such as noise phobia. For instance, drilling work going on daily for an extended period of time near your house may irritate your dog. At a certain point in time, he may start to develop anxiety or fear and, as a result, he may get traumatized by the noise and react abnormally to the sound.

The hearing frequency of dogs is much higher compared to humans. The frequency range detected by dogs is 67-45,000 Hz. On the other hand, the human range is 64-23,000 Hz. This implies that sounds that we cannot hear are audible to our dogs.

Imagine how sharp and worse the sound of an alarm would be for the dogs. If we are annoyed by it, the dogs would feel it even worse.

Signs of Noise Phobia in Dogs

There are several signs of noise phobia in dogs. Following are a few of them:

In case you detect any of these signs, make sure to calm your furry friend down. He needs your support at that point in time. Also, make sure to take your dog away from annoying noises as much as possible. This may also calm him a bit.

As we have already understood why dogs react to certain noises and have discussed the signs as well, it’s time to list the 8 noises that annoy dogs. Keep on reading to find out more. 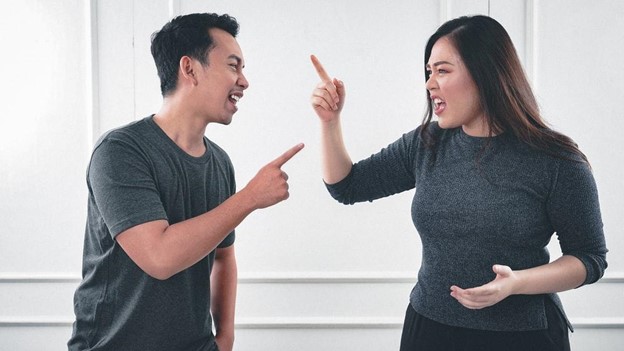 The noise of screams is one of the most annoying one for dogs. They do not like hearing their owner screaming at them or someone else. This might make them feel scared and terrified.

You may have noticed that if you scream, your dog starts to act in a different manner. He might either become extremely quiet and even start to cry or become very aggressive and destructive.

It is best not to scream in front of your dog. In addition, you should also try to keep your dog away from other people screaming.

Such sound can cause your dog to react intensely and aggressively. In rare cases, your dog may become aggressive towards person who is screaming. 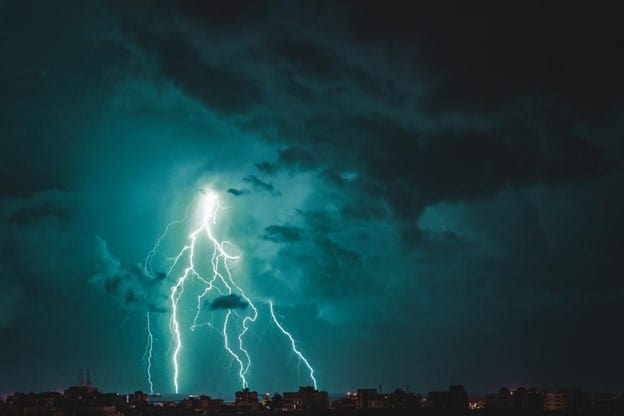 Number two on our list are thunderstorms. There is no denying that thunderstorms are considered one of the most annoying noises for dogs. Whenever a dog hears this noise, he tries to hide and starts to shelter himself from this sound.

However, if the sound of this noise increases, he can start to shake and get extremely fearful. The situation becomes worse during storms. Along with that, the smell of rain and watching the scary storm clouds may also increase his fear. The best thing to do is to hide your dog in a safe and cozy place where he can’t hear the sound of the thunderstorms and see outside. 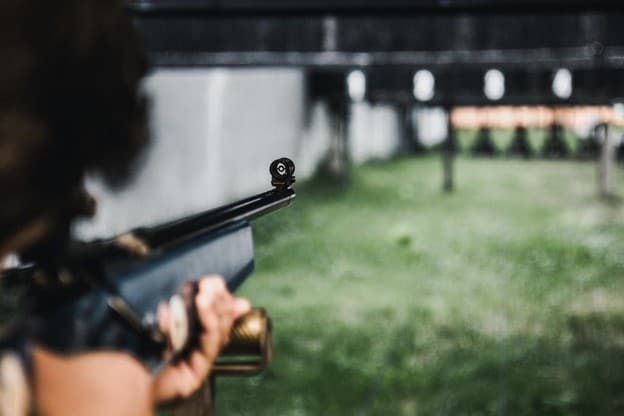 We humans cannot deny the fact that gunshots can make us feel terrified and scared. Dogs are no exception. In fact, the effects of a gunshot sound can be more severe for dogs as compared to humans.

We discussed this before as well in terms of hearing range and frequency. Have you ever been to a shooting range? If yes, then you would have noticed that there is hearing protection available out there.

This indicates that the sound of gunshots can damage the hearing ability of a human. Imagine how a dog would react to gunshots and what will be his feelings. Therefore, make sure not to take your dog along with you to shooting ranges. 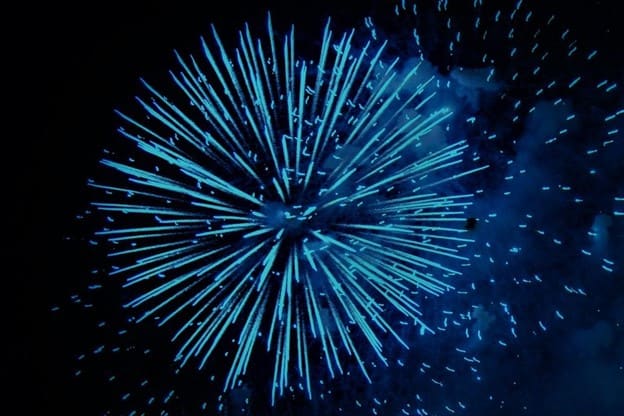 Let it be the new year or any other celebration; we all tend to enjoy the fireworks. However, on such occasions, we do not realize that our furry friend might get scared by them. The sound of fireworks, firecrackers, and rocket explosions can seriously terrify your dog.

There are various reactions and behaviors that a dog starts to show in such a situation. He may try to hide somewhere, put his tail between his legs, or may even try to escape from that location.

This clearly indicates that your dog is feeling threatened. The best thing to do in such a situation is to keep your dog away from fireworks. You can try to enjoy these events somewhere else, but keeping a dog exposed to fireworks and their sounds is certainly not a good idea. 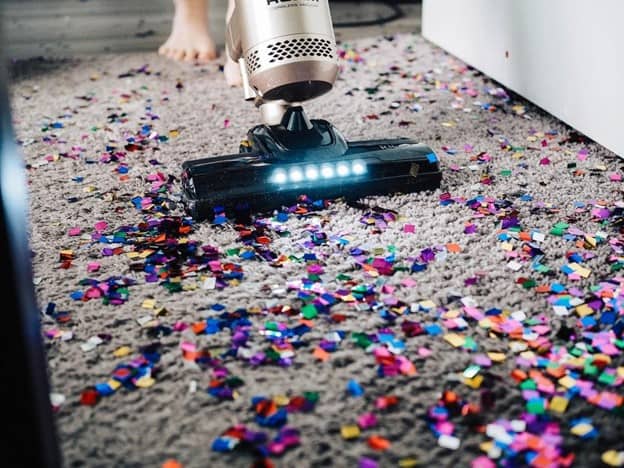 This may come as a surprise to a lot of readers, but the sound of a vacuum cleaner can annoy your dog quite a bit. In fact, it can become much worse if your dog hears such a sound on a daily basis.

Your dog may even perceive a vacuum cleaner as a robot. He may consider it as something that moves, follows him, and makes scary noises. This can ultimately make your dog terrified. Your dog may either hide from it or bark and bite at it in order to protect himself.

The solution to this issue is to put your dog in a closed room whenever your vacuum is on. Another way to solve this problem is to buy a more silent vacuum cleaner! 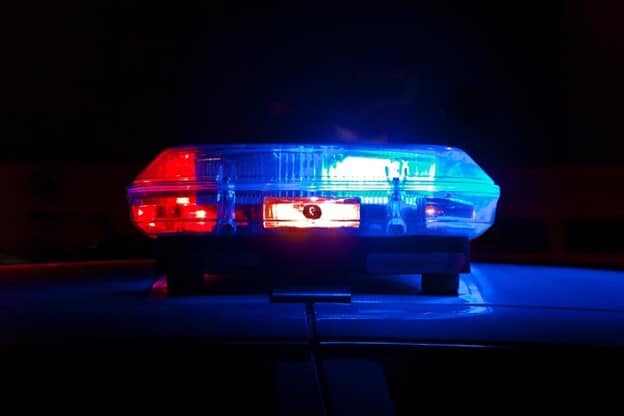 We have to accept that noises from the sirens of emergency services can sometimes be very irritating. Dogs also feel the same way. The main reason is that these sirens have high-pitched noise, and therefore these are considered as one of those noises that annoy dogs.

It can either be coming from a police vehicle, fire trucks or an ambulance. Sirens can seriously make your dog feel terrified and irritated. Those dogs that reside near a hospital or police station and are always hearing the noise of sirens will eventually react negatively to the sound. 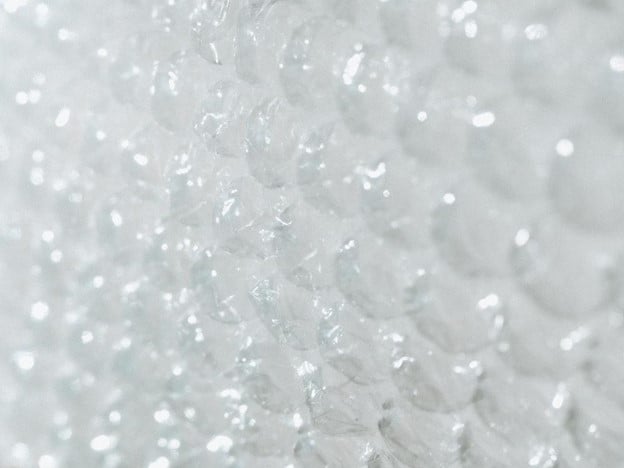 Everyone loves to pop and burst those bubble wraps. However, dogs get annoyed by the noise caused by it. Popping the bubble wrap is a continuous process. We keep on popping the bubbles, but simultaneously we do not realize that our four-legged friend is getting irritated by it.

He will most probably try to hide and walk away from the bubble wrap. 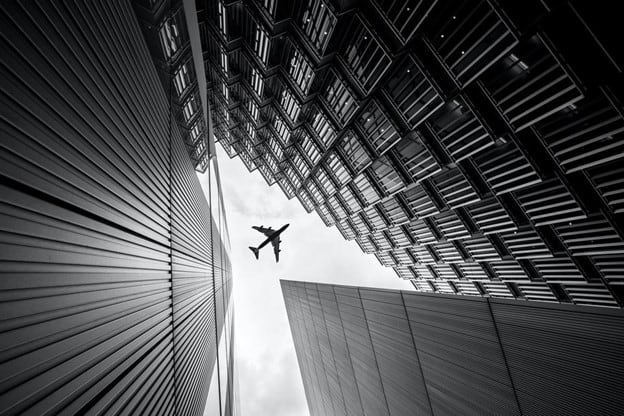 Dogs, specifically those who are from rural areas, will certainly find the noise created by jet airplanes annoying. Dogs become terrified and fearful after hearing the sound of a plane flying over your house.

If you live near an airport, you would have noticed how your dog reacts differently whenever the airplane flies over your head. The only thing you can do … is to move to a new home away from the airport!!